Elizabeth Abbott is the author of Sugar: A Bittersweet History (Overlook Press, 2010). 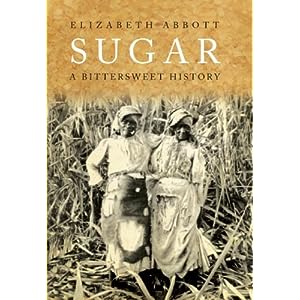 Even before last January’s devastating earthquake, Haiti was routinely disparaged as a “basket-case” or “failed state” unable to feed, police or govern itself.  Yet two centuries ago, Haiti was admired and envied as the Jewel of the Caribbean, a fertile French colony that produced about half the world’s coffee and forty percent of its sugar.  That commercial preeminence ended with the Haitian Revolution, the protracted and brutal war that freed Haiti’s slaves and in 1804 produced the world’s first Black Republic.

Haiti’s military victory ended all hope of resuscitating its sugar commerce, already devastated by war.  Slaveholding nations, enraged and humiliated at the ex-slaves’ audacity in freeing themselves, punished Haiti with commercial embargos and diplomatic ostracism, and France levied crushing reparations.  Within the new republic, conflict between black and lighter-skinned Haitians accelerated the economic decline.

The collapse of Haiti`s sugar industry and the subsequent shortfall in world sugar markets created opportunities for other sugar producers, notably Louisiana and Cuba, where so many Haitian planters and sugar experts took refuge from the war.

American appetites, however, demanded far more sugar than Louisiana could produce and Cuban planters rushed to supply it.  Their connections with the US were already strong. During the Revolution, when Britain banned trade between British sugar colonies and the American rebels, the Cubans had supplied the latter with sugar, molasses and rum in exchange for food, naval supplies, manufactured goods, iron and slaves.  And like Louisianans, Cuban planters profited from the technological expertise of refugees from Haiti.  The sugar industry developed as the driving force of Cuba’s economy, and its increasingly wealthy and powerful planters reshaped rural society to enhance the production and export of what had become Big Sugar.

Big Sugar transformed Cuba into a sugar slavocracy.  Until then, most Cuban slaves had been domestics or city workers.  By 1827, there were 286,942 slaves and by 1841, 436,495, most on sugar plantations.  Even after Spain ended its slave trade in 1820, Cuban planters smuggled in slaves until the American Civil War cut short the supply in the 1860s.

Their dependence on slaves led planters to take the extraordinary step of conspiring to join the United States.  For decades, annexation had been a topic of frequent discussion at the Havana Club, the planters’ social headquarters.  From the 1840s until 1855, however, they plotted rather than debated it.

Cuba had a contentious relationship with Spain, which was indifferent to its needs and imported only a small percentage of the sugar that had become the colony’s monoculture.  The United States, by contrast, imported more than half of Cuba’s sugar.  It was a powerful and friendly neighbor, even if many Southern planters had designs on Cuba’s fertile and abundant land.  American slavers supplied Cuba with Africans.  Planters believed that annexation would guarantee the preservation of Cuban slavery.  The United States, however, declined the Cuban invitation to annex Cuba, leaving planters to find other ways to safeguard their sugar fortunes and privileged lives.

Soon after, the Civil War ended American slavery and, in 1870, the Moret Law ended Cuba’s, gradually and rotationally, until final emancipation in 1886.  Planters then turned to poor Cubans, Spaniards, Jamaicans, Haitians and other West Indians to work the cane fields.

By then the United States was taking a staggering 82 percent of Cuban sugar.  Some Cuban planters, still striving for closer links if not annexation, invested in the U.S. and became American citizens.  Cuban sugar brokers networked with New England refiners.  More Cuban and American sugar families developed personal relationships, and some intermarried.  Americans, including naturalized Cubans, now controlled the market for Cuban sugar and, increasingly, Cuban production.

The sugar industry was also changing, as gigantic sugar estates or centrales transformed the Cuban sugar world.  The new highly industrialized production system separated agricultural cane growing from industrial processing and, over time, transferred ownership from Cubans to Americans.  Planters expanded the railroads, established in the 1830s to service individual plantations.  They installed the most modern equipment and technology in their sugar processing factories, usually with borrowed American capital.

Sugar monoculture under American direction now defined Cuba’s economy and its economic future, and spokesmen for Cuban sugar served American interests.  Furthermore, the mechanization of milling and refining cane that constituted a kind of technical revolution and made mills extraordinarily productive also generated an urgent need for engineers, machinists, technicians and chemists, often Americans.  Ramon O. Williams, the U.S. consul to Havana, reported in a dispatch of Dec. 28, 1886 that “de facto, Cuba is already inside the commercial union of the United States.  The whole commercial machinery of Cuba depends upon the sugar market of the United States.”

In the U.S., where Louisiana`s sugar industry was still struggling to recover from the devastation of the Civil War, Cuban sugar looked to be a sound investment, and American capital gravitated to it.  By 1896, nineteen Cuban refineries were owned by the American Sugar Refining Company, or Sugar Trust, formed in 1888 as the consolidation of twenty-one refining companies in seven U.S. cities, whose members refined 70 to 90 percent of America’s sugar and lobbied hard for low prices and for the raw (and cheap) sugar they wanted to refine in the United States.

American control over Cuba’s sugar industry (and on Cuba generally) was strong and overt.  The 1903 Reciprocity Treaty gave Cuban sugar preference in the U.S. market.  By 1934 two-thirds of Cuban sugar was produced by North American interests controlled by Big Sugar.

In Louisiana, as in Cuba, the sugar industry evolved as a system of industrial agriculture that grew cane processed by heavily capitalized and centralized mills.  The more powerful the mills, the more they consolidated and became so efficient that productivity skyrocketed and fewer workers produced more sugar.

A century after Haiti`s Revolution, the sugar industries that had profited so much from Haiti`s were thriving.  In both Louisiana and Cuba, Big Sugar’s wealth and power enabled planters to set the tone of their societies and to perpetuate many of the traditional inequalities the Haitians had sacrificed so much to demolish.