How Historically Accurate is "Lincoln"?


by Kelsey McKernie
Kelsey McKernie is a staff writer for the History News Network. She is a graduate of Berry College in Floyd, Georgia, where she majored in history. 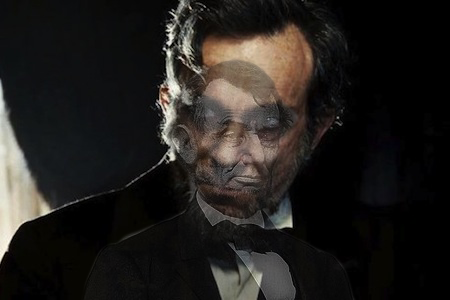 Moviegoers flocked to the theaters to see Lincoln over Thanksgiving weekend, and the history buffs among them probably wondered, with some anxiety, how much of it would be fact and how much of it would be fiction. The quality of the production, on top of some truly remarkable performances by Daniel Day-Lewis, Tommy Lee Jones and others, certainly lent it a grounded feel. But how accurate is it?

Lincoln is set during a short period of a few months in early 1865, and its overall plot is entirely factual. As the movie shows, it was an intense time in Washington: Confederate peace commissioners were trying to work out an end to the war, the House of Representatives was debating the 13th Amendment, and both events involved some shady political maneuvering, some of it by Lincoln himself.

Critics of the movie have pointed out that there were other events happening at the same time, which helped to push the 13th Amendment forward and end the war. Professor Eric Foner points out that “slavery died on the ground” as well as in the House, due to abolition efforts by feminist leaders like Susan B. Anthony, the Emancipation Proclamation, and the actions of free blacks themselves. However, the absence of such events is not really historical error, but rather a choice of focus. The movie is about Lincoln, and the politicians on both sides of the aisle who were directly involved in the process of passing the 13th Amendment and ending the war -- not about the actions of other involved parties, however important they might have actually been to the historical event. Their stories are not this movie’s to tell.

Another criticism, voiced by Kate Masur in her New York Times review of the movie, is the passivity of black characters in the movie. It is true that free African Americans were actively involved in efforts to get the 13th Amendment passed, and the movie could probably have shown this a bit more without significantly veering off-course, possibly by highlighting the role of Frederick Douglass, who does not appear in the movie, or by providing more context for black characters like Elizabeth Keckley, Mary Todd Lincoln's dressmaker and one of the leaders of the African American community in Washington. Once again, however, this is not exactly an issue of historical accuracy (at least insofar as omissions are not errors) but of storytelling.

These arguments aside, there are a few actual historical “bloopers,” as they are called by Harold Holzer, the Lincoln biographer and content consultant for the movie. Some are simply small stretches of fact, such as the idea that Lincoln refused to talk peace with the Confederates until the amendment was ratified. In truth, the peace conference and the 13th Amendment were connected, and occurred around the same time, but it is difficult to say for sure that they were connected from the beginning, as the movie portrays.

Most of the other “bloopers” are there because of the dramatic touch they add to a scene, rather than because the filmmakers made an unintentional or uninformed mistake. For example, Mary Todd Lincoln (Sally Fields) would never have watched the final voting from the House gallery, neither soldiers nor civilians would have had the Gettysburg Address memorized, and the fifty-cent piece did not bear Lincoln’s face at the time. Neither was Lincoln known to pull his written speech from the lining of his hat, or keep a portrait of William Henry Harrison in his office.

Of the few “bloopers” that seem to be genuine mistakes, none of them are damaging to the integrity of the story. They are minor issues that only scholars would notice, such as the fact that the movie portrays congressmen voting by state delegations and young Tad Lincoln playing with glass negatives from photographer Alexander Gardner. In fact, congressmen at the time voted alphabetically by name, and glass negatives would have been far too fragile for anyone to think of giving them to a small child.

In the end, these are small quibbles that have little bearing on the overall accuracy of the movie. The only truly questionable points involve people or events on which the historical record is silent or vague. Thaddeus Stephens’s relationship with his African American housekeeper cannot be proven beyond doubt to have been a romantic one, but there is enough evidence to make it seem extremely likely. The “backroom deals” portrayed in the movie are probably quite accurate, but they were of course kept fairly secret, so the precise details about them remain unknown. And we obviously do not have a transcript of every word that passed between Lincoln and his friends, family, or enemies; as a result, much of the movie’s dialogue is, by necessity, fiction.

So is Lincoln 100 percent accurate about every single detail? No. But it does accurately portray the events on a broad scale, and, more importantly, it offers an accurate overall view of the individuals involved. Day-Lewis’s Lincoln has been hailed as one of the most honest portrayals of the president to date -- right down to that unexpected voice, which was described by Lincoln’s contemporaries as being high and somewhat reedy, not the gravelly baritone we often imagine. One of the greatest triumphs of the film is the depth it adds to Lincoln, rather than simply portraying him as a one-dimensional (and historically inaccurate) saint. This Lincoln is undeniably a good man, but he is also a skilled politician, and he is willing to get his hands a bit dirty in order to accomplish something he knows to be right.

Director Steven Spielberg might actually have said it best. As the keynote speaker at the 149th anniversary of the Gettysburg Address, he neatly explained the delicate balance between fact and fiction necessary to a film like Lincoln. “One of the jobs of art is to go to the impossible places that history must avoid,” he said. Exploring the unknowns of the past is a “betrayal of the job of the historian,” but it is part of the job of the filmmaker seeking to resurrect these lost collective memories.

In crafting Lincoln, Spielberg has more than done his part in that process. It is not a documentary, but a work of dramatic fiction rooted firmly in historical fact. His portrayals of the people and events of early 1865 might not be accurate in every minute detail, but they are truthful. And that might be more important.