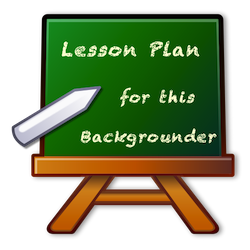 Social Security is the nation's largest social program. More than 50 million people receive benefits totalling more than $600 billion a year. Originally established to provide retirement benefits, the program was extended to widows, the disabled, and children in some cases. It is estimated to keep 40 percent of the elderly out of poverty. Currently, retirement benefits are paid to people when they reach the age of 65, though younger people will have to wait until they are 66 or 67, depending on the date of their birth.

Both political parties now say that they support Social Security, the landmark program of FDR's New Deal. But they have different ideas about it. Democrats insist the program is essentially sound, though changes are needed to assure it can meet its obligations by 2040s, when the Trust Fund into which people have been paying is expected to take in fewer dollars than it pays out. Republicans insist the program is in danger of going broke and favor a plan to provide vouchers to recipients, a plan Democrats refer to as privatization.

Polls show that an overwhelming majority of the American people support the plan. No effort to substantially change it has ever succeeded. It is supported by the payments workers pay into the Trust Fund through the payroll deduction system. Employers match the contributions made by workers: 6.2% of a worker's paycheck up to $110,000.

Social Security is our largest and most successful antipoverty program, keeping about half of the nation's senior citizens from falling below the official poverty line. In 1959, the poverty rate among the elderly was more than 35 percent; by 1970, it was twice the rate of that for the general population. Largely as a result of the Social Security program, it has since fallen to 10.8 percent, or slightly less than that for the general population. For two-thirds of the elderly, Social Security makes up the majority of their income; for the poorest 16 percent, it is their only source of income.

Social Security provides about $12 trillion worth of life insurance, more than that provided by the entire private life insurance industry. The program's 44 million beneficiaries today include 7 million survivors of deceased workers, about 1.4 million of whom are children. Some 5.5 million people receive disability benefits, including not only disabled workers but also their dependents. For a typical employee, the value of the insurance provided by the program would be more than $200,000 for disability and about $300,000 for survivors insurance.

The coverage of the program is nearly universal -- about 95 percent of senior citizens either are receiving benefits or will be eligible to receive them upon retirement. For a society that wants to ensure some minimum standard of living for its elderly, this is an important achievement in itself. But it also allows for other accomplishments that would be difficult or impossible to replicate in the private sector. For example, Social Security provides an inflation-proof, guaranteed annuity from the time of retirement for the rest of the beneficiary's life. The cost of retirement, survivors, and disability insurance does not depend on the individual's health or other risk factors. And the benefits are portable from job to job, unlike many employer-sponsored pension plans.

From the GOP party platform 2012

While no changes should adversely affect any current or near-retiree, comprehensive reform should address our society's remarkable medical advances in longevity and allow younger workers the option of creating their own personal investment accounts as supplements to the system. Younger Americans have lost all faith in the Social Security system, which is understandable when they read the non- partisan actuary's reports about its future funding status. Born in an old industrial era beyond the memory of most Americans, it is long overdue for major change, not just another legislative stopgap that postpones a day of reckoning. To restore public trust in the system, Republicans are committed to setting it on a sound fiscal basis that will give workers control over, and a sound return on, their investments. The sooner we act, the sooner those close to retirement can be reassured of their benefits and younger workers can take responsibility for planning their own retirement decades from now.

From the Heritage Foundation

Social Security's finances significantly worsened last year, according to the new 2012 trustees report, because of a weakened economy and structural problems with the program. The April 23 report shows that all people who receive Social Security benefits face about a 25 percent benefit cut as soon as 2033 -- three years earlier than predicted in last year's report. The program's long-term deficit is now larger than it was before the 1983 reforms. In order to pay all of its promised benefits, Social Security would require massive annual injections of general revenue tax money in addition to what the program receives from payroll taxes. These additional funds would be needed for the next 75 years and beyond.

Social Security was established in the 1935 to help protect older Americans from poverty, then the demographic group most in need. A product of the New Deal, it was originally conceived to cover only industrial and commercial workers, about half the workforce. It wasn't terribly popular; even many Democrats in Congress wanted to vote against it. Only FDR's insistence overcame their opposition. It hurt the economy in the short run, taking money out of the financial system at a time when money was needed to help lift the cloud of the Great Depression. It was a contributing factor in the Recession of 1937.

In 1981 Ronald Reagan attempted to reduce benefits for early retirees and people in select categories in order to shore up the system, which was in danger of running short of cash. The U.S. Senate voted unanimously to reject the reform. Later, President Reagan appointed a commission under Chairman Alan Greenspan to address the problem. The reforms, which were adopted by Congress, increased Social Security taxes substantially while postponing a scheduled cost-of-living increase. Soon surpluses began accumulating in the Trust Fund, saving the system. The surpluses were invested in special government bonds, essentially IOUs. For the next several decades politicians from both political parties used the surplus to finance their favorite government programs or tax cuts, knowing the surplus wouldn't be needed until the baby boomers began retiring in large numbers in the 2010s. At that time less money would be coming into the system than was going out in the form of benefits. That is just what has happened. Today the system spends more than it takes in, requiring Congress to dip into general funds as Social Security redeems the IOU's it received in return for the surplus money paid into the treasury for decades.

When FDR established the system he was pressed by some to finance the program from general revenues. He insisted the system be funded through deductions from workers' paychecks: "We put those pay roll contributions there so as to give the contributors a legal, moral, and political right to collect their pensions and their unemployment benefits. With those taxes in there, no damn politician can ever scrap my social security program. Those taxes aren't a matter of economics, they're straight politics."

Q: Is there any significance to the numbers assigned in the Social Security Number?

A: Yes. The first three digits are assigned by the geographical region in which the person was residing at the time he/she obtained a number. Generally, numbers were assigned beginning in the northeast and moving westward. So people on the east coast have the lowest numbers and those on the west coast have the highest numbers. The remaining six digits in the number are more or less randomly assigned and were organized to facilitate the early manual bookkeeping operations associated with the creation of Social Security in the 1930s.

Q: Who was the first person to get Social Security benefits?

A: A fellow named Ernest Ackerman got a payment for 17 cents in January 1937. This was a one-time, lump-sum pay-out -- which was the only form of benefits paid during the start-up period January 1937 through December 1939.