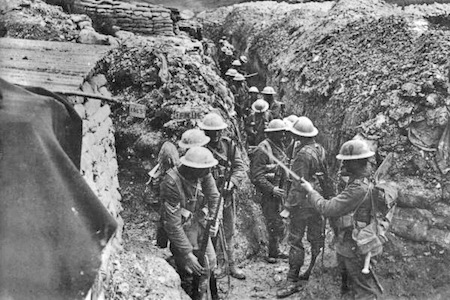 Is the human race determined to snuff itself out through mass violence? There are many signs that it is.

The most glaring indication lies in the continued popularity of war. Despite well over a hundred million deaths in World Wars I and II, plus the brutal military conflicts in Korea, Indochina, Hungary, Algeria, Lebanon, Angola, Mozambique, the Philippines, the Congo, Afghanistan, Iraq, and elsewhere, wars continue to rage across the globe, consuming vast numbers of lives and resources. In 2012, worldwide military spending reached $1.75 trillion. Moreover, the most lavish spenders for weaponry, war, and destruction were the supposedly “civilized” nations of NATO, with $1 trillion in military expenditures. By far the biggest military spender in 2012 was the United States, which accounted for 39 percent of the world total.

Nor has this pattern shifted since that time. Currently, the U.S. government is pouring $7 billion a month into its twelve-and-a-half-year-long war in Afghanistan. Elsewhere, drones are rapidly becoming the U.S. weapons of choice in the worldwide “War on Terror,” with America’s largest spy drone, the Global Hawk, costing $220 million each. In recent months, as the U.S. House of Representatives voted to end food stamps for the poor, continued the sequestration that slashed meals for sick and homebound seniors, and moved toward ending Saturday mail delivery, it rejected a 1 percent cut in military spending and, then, voted for a national defense authorization that provided for billions of dollars more than the Pentagon requested.

Furthermore, a nation’s armed forces often engage in violent behavior quite unrelated to their national security. Commanded by military officers viewing themselves as the saviors of their countries, they have staged bloody coups against own governments, terrorizing and massacring civilians in large numbers, as they did in Indonesia, Burma, Nigeria, Brazil, Greece, Chile, Argentina, Uruguay, and many other countries. At the moment, in fact, the Egyptian armed forces, having deposed a democratically-elected, civilian government, are busy gunning down thousands of Egyptians.

In fairness to the official armed forces, it should be noted that the mass violence in many societies goes far beyond them. Terrorism, gang wars, and religious massacres continue to plague nations around the globe. In the United States, lynching has declined dramatically, but gun-related killings are quite common. More than 30,000 Americans die in gun violence each year and – in a society with over 300 million firearms in the hands of civilians – it seems unlikely that such violence will decline. Indeed, massacres by gunmen – for example, the murder of 20 children and 6 teachers at the Sandy Hook elementary school in Newtown, Connecticut – have become almost routine.

Admittedly, the Sandy Hook massacre was the work of a mentally-deranged individual. But the NRA’s response to a series of mass killings – opposition to all gun control legislation and a stubborn insistence that wider availability of guns will reduce violence – makes the Newtown maniac look relatively sane. And what is one to say about the mental state of the pro-gun zealots who, this August, made plans to turn up, fully-armed, at a Starbucks in Newtown -- and were foiled only when the horrified management shut down the coffee house?

The acceptability of mass violence is demonstrated on a much larger scale by national governments’ ongoing preparations for nuclear war. Sixty-eight years after the U.S. government employed atomic bombs to exterminate the populations of two Japanese cities and it became clear to all but the mentally feeble that nuclear war meant global annihilation, over 17,000 nuclear weapons remain in existence, with 94 percent of them in the arsenals of the U.S. and Russian governments. Despite numerous claims by national leaders that they are committed to building a nuclear weapons-free world, the United States, Russia, China, India, and Pakistan are currently modernizing their nuclear weapons, with the United States and Russia spending about $75 billion a year between them on this project. Meanwhile, the North Korean government threatens to attack the United States with its small nuclear arsenal, while the Iranian government continues a uranium enrichment process that might enable it to enter the nuclear club. Appropriately enough, the famous “Doomsday Clock” of the Bulletin of the Atomic Scientists stands at five minutes to midnight.

There are, of course, important countervailing trends. Responding to the development of modern, mechanized warfare, mass-based peace movements began to appear in the nineteenth century. During the twentieth century, these movements grew even larger, particularly after the advent of nuclear weapons. In place of war, they championed international arbitration, global cooperation, arms control and disarmament, and the development of global governance. The World Court, the United Nations, and other international institutions owe much to this public pressure. Within individual nations, as well, critics of mass violence fostered new, more cooperative modes of education, non-violent resistance, conflict resolution, innovative therapies, peace studies programs, and gun control campaigns.

But resorting to violence is a long-term, deeply-ingrained habit in human history, and is not easily discarded. To shake it probably requires less attention to a royal childbirth or the latest sex scandal and more attention to the dangers of mass violence in an age of modern weaponry and war. This was certainly what the French writer, Albert Camus, meant when, in the immediate aftermath of World War II and the first use of nuclear weapons, he offered a simple but powerful challenge: “All I ask is that, in the midst of a murderous world, we agree to reflect on murder and to make a choice.”