The Case for Intervention in Syria

Robert Brent Toplin, Professor of History (emeritus), University of North Carolina, Wilmington, is the author of several books that deal with history, politics, and film. 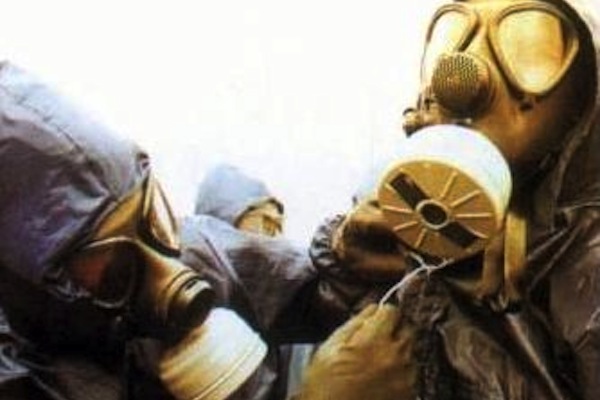 Currently, the American people are sharply divided about whether the United States should lead the world in taking military action against Syria. Resistance to President Obama’s appeal for strikes against Syria is growing among both Republicans and Democrats. This reaction is not surprising. Americans are war-weary and disillusioned. They remember the misrepresentations and mistakes associated with U.S. intervention in Iraq. Nevertheless, there are impressive reasons to support brief and limited punitive strikes against the Bashar al-Assad’s regime. Chemical weapons must be off-limits in modern warfare.

The situation in Syria is complex. It is difficult to predict the consequences of U.S. action or inaction with confidence. Speculation about outcomes is necessarily punctured with words such as “if,” could” and “might.” On balance, though, it seems that President Obama has offered a broader and more insightful view of stakes in this matter.

There are plenty of arguments for staying out of Syria’s civil conflict. Troubles in far-off Syria do not appear relevant to U.S. interests. Americans ask: why does the United States have to act like the world’s policemen whenever humanitarian crises arise, as in the case of Syria’s bloody civil war? And why are people fighting in Syria anyway? Should we care that the Alawites, Sunnis, Shiites and others hold bitter grudges? There’s no clear division between the good and bad guys in Syria. Some of the rebel fighters are vicious jihadists. Some are sympathetic to Al-Qaeda.

Intervention might be counterproductive. The U.S. military could be drawn into a far-off nation’s civil war, as in Vietnam, Iraq, and Afghanistan. U.S. intervention could have unanticipated consequences. It might spark a larger conflict that engages Jordan, Lebanon, Iran, Israel, Turkey and other countries in the region.

Political resistance in Congress might defeat Obama’s request for backing. Opposition appears especially strong in the House. Many Democratic representatives are vigorously anti-war. Some libertarians in the GOP oppose international commitments and war-making (engagement, they warn, leads to higher taxes and larger government). There are also plenty of Republicans in the House who will eagerly oppose anything that Barack Obama advocates.

Throughout much of modern U.S. history, presidents have been able to secure a vote of congressional support when seeking a green light for military engagement. But this case appears especially difficult. It is not easy to convince Congress to take a lead in international affairs without major allies. Russia and China are blocking action by the UN Security Council. British Prime Minister David Cameron lost support in a close vote in Parliament, denying Obama a valuable partner. NATO is on the sidelines, and the Arab League is not committed.

Obama’s task is daunting, in large part because he is asking the American people and members of Congress to think about the future, not just the present. The President identifies general dangers to international peace, not just immediate and specific threats to American interests and security. He warns that Syria’s use of WMDs can establish new precedents in the development of chemical and biological weapons.

Chemical weapons, particularly in the form of poison gas, became a frightening instrument of combat during the First World War. In 1925 world leaders recognized that advances in technology could make chemical warfare much more lethal. Forty nations signed a Geneva Protocol to ban the use of chemicals. Later, in 1993, the Chemical Weapons Convention aimed to prevent the production, storage or use of chemical munitions.

Broadly speaking, these international efforts succeeded. Saddam Hussein’s Iraq was, of course, a notable exception. His military used poison gas against Iranian soldiers, Kurds and Shiites. Then, in August of this year, Syria’s government created a new challenge to the international community. Bashar al-Assad’s military killed approximately 1,400 civilians, many of them children, through poison gas attacks.

Obama and his security team worry that if Assad’s regime manages to escape punishment for its assault on a civilian population or mounts additional gas attacks, a dangerous new arms race could begin. Other nations in the Middle East would likely attempt to compete in the development of unconventional weapons. Furthermore, if Assad’s military emerges as the winner in Syria’s civil war and is able to attribute the victory, in part, to the devastating impact of gas attacks, an international race for chemical arms could spike.

Critics of President Obama challenge these claims by citing examples from the Iraq War that began in 2003. They recall that President George W. Bush and Secretary of State Colin Powell assured the world that Saddam Hussein possessed a major arsenal of WMDs, but the Bush Administration based those assertions on faulty intelligence. The situation in Syria is completely different. In this case evidence of more than a thousand civilian deaths and extreme suffering is undeniable.

Ironically, Obama’s request for a military strike could make the world safer in the long run. The President wants to take chemical and biological weapons off the table. He cannot claim that his country has provided a consistent voice against WMDs (after all, the United States introduced nuclear weapons in 1945). But since that time the United States and many other nations have agreed to restrict nuclear, chemical and biological weapons.

Obama argues persuasively that a “red line” is necessary. If the Syrian government succeeds in crossing that line with impunity, the risks to civilian populations from acts of terrorism and warfare increase substantially.

The news media currently feature abundant arguments in opposition to the idea of U.S.-led military action. Three objections are especially striking in the debates about President Obama’s stated aim of taking limited military action to send a strong message to the Syrian government.

As someone who campaigned publicly and vigorously in opposition to U.S. military intervention in Vietnam and Iraq, I am deeply sympathetic to this argument. But, if we do not support a brief set a calibrated strikes, as President Obama recommends, what is the answer? Evidently, there is no other workable response to the new challenge presented by Assad’s government. The danger of chemical warfare could escalate in the absence of a quick and decisive response. Taking action flashes a red light. Doing nothing signals a green light.

This is the “gotcha” argument. Critics point out that the U.S. has employed napalm, dioxin-based Agent Orange, cluster bombs, and atomic bombs, to name just a few life-wrecking weapons. America air forces firebombed Tokyo and other cities in World War II. Also, leaders in Washington tended to look the other way when Saddam Hussein’s Iraqi military gassed Iranian soldiers in the 1980s (at the time the U.S. feared Iran more than Iraq).

True, but this compilation of disturbing facts leaves an impression that poison gas is just one of many ugly weapons produced by modern technology and it does not deserve special attention. But chemical warfare is recognized internationally as a problem that makes the world a much more dangerous place. 189 nations signed and ratified an agreement to check the proliferation of these weapons. As Richard G. Lugar, former chairperson of the Senate Foreign Relations Committee, pointed out, chemical weapons can be used to devastating effect and “may be the greatest threat to our country” of any current security risk.

Syria, one of a few nations that did not agree to the Chemical Weapons Convention of 1993, has amassed a huge arsenal of VX, Sarin, and other nerve agents. Bashar al-Assad and his father made Syria a world leader in the collection of deadly poisons. Evidently the Syrian military fired small rockets containing Sarin gas on August 21 (more details about that attack will be reported shortly by the United Nations inspection team). The Assad regime may turn again to its vast arsenal of poisons as the bloody civil war continues in Syria.

Global leaders, including Americans, should have done a better job in recent decades to stop the production and deployment of poison gas. Now, after the terrible tragedy on August 21, those leaders have a chance to ensure that this international ban is clear and firm.

I agree. The President has ventured onto a risky path. He faces considerable resistance in both houses and in both parties. If Obama loses the congressional vote, he should heed a lesson from David Cameron, Prime Minister of the United Kingdom. When Cameron lost a close vote in Parliament, he said “I get that and will act accordingly.”

Ironically, a negative vote from the U.S. Congress might work in President Obama’s favor. It could save him from taking the controversial action of a bombing campaign while also showing that he wanted to respond vigorously to the poison gas attack. Obama would lose some credibility for the moment, but his larger goal might be achieved. Bashar al-Assad’s military would be forewarned. Further use of chemical weapons by Syria might strengthen American and global resolve to administer punitive strikes against the nation that has blatantly disregarded international agreements.