James L. Gelvin is professor of modern Middle East history at the University of California, Los Angeles.  He is author of The Arab Uprisings: What Everyone Need to Know (Oxford University Press, 2012). 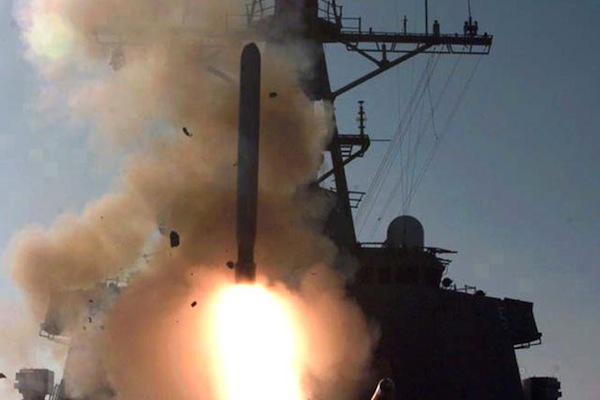 Once Barack Obama began referencing “red lines” and “game changers,” he obligated his administration to take some action should the Syrian military launch a highly visible chemical attack -- if for no other reason than that old standby, maintaining American credibility.  The reported attack on August 21, which, according to the administration’s brief, resulted in the deaths of 1,429 people (at least 426 of them children) was such a highly visible attack, though the number is disputed.  As John Kerry put it in his testimony before the Senate Foreign Relations Committee on Tuesday, the question then became not whether, but how, exactly, the United States might respond.

Should Obama get the congressional approval he has belatedly sought, the administration’s tactic of choice will be to launch limited strikes on Syrian military targets. These strikes will probably be similar in scope to those undertaken by American and British forces against Saddam Hussein in 1998 -- the largely forgotten Operation Desert Fox -- which some military experts believe significantly degraded Saddam’s weapons stockpiles and capabilities.  This was the second of five options General Martin E. Dempsey, the chairman of the joint chiefs of staff, outlined in his letter of July 19 to Carl Levin, chairman of the Senate armed services committee. “This option uses lethal force to strike targets that enable the regime to conduct military operations, proliferate advanced weapons, and defend itself. ... Over time, the impact would be the significant degradation of regime capabilities and an increase in regime desertions.”

While relatively pain-free for American forces, this tactic has faced criticism from both hawks and doves: The latter argue that since high-value Syrian military assets are concentrated in urban areas, avoiding civilian casualties would be close to impossible. Should the price for killing innocent civilians be killing more of them? For John McCain, on the other hand, a strike that might be considered purely “cosmetic” would not be taken seriously by those we would most seek to impress and would, in fact, have a negative impact on America’s standing.  McCain, who advocates nothing less than regime change, was apparently won over by Obama’s assurance that airstrikes would be sufficiently serious.

Perhaps the most devastating critique of the “limited stand-off strike” option is, however, that it will do little to further American goals in Syria. While this is likely the case, it is not for the reasons opponents of airstrikes have so far presented.

Currently, the overall aim of American policy in Syria is to bring about a negotiated settlement.  This policy was reiterated as recently as Tuesday in the amended Senate resolution on Syria, which mentions the need for a negotiated settlement twice. Policymakers hope to accomplish such a settlement through an international conference (“Geneva II”) that would bring together domestic and international stakeholders. The settlement would lay the foundation for a generally-acceptable transition which would hopefully exclude the worst elements of the two opposing camps -- Bashar al-Assad and his inner circle, on the one hand, foreign and domestic jihadis, on the other -- but which would keep basic state institutions intact so as to avoid the Libyan experience. Among policy-makers, the phrase bandied about is “soft landing,” which they counterpose to Libya’s “hard landing.”

Holding such a conference and reaching such a settlement, however, would only be feasible if two conditions are met: First, both the Syrian regime and the Syrian National Coalition/Free Syrian Army must simultaneously reach the conclusion that no battlefield victory is possible for them and that the fight is hopelessly stalemated. After all, if one side or the other senses it has a military advantage, why should it not press that advantage? Second, all external actors -- including but not limited to Hizbullah and Iran -- must reach the conclusion that the Syrian game is not worth the candle. Otherwise, outsiders will continue to stoke the fires of civil war.

Unfortunately for those seeking a negotiated settlement, conditions on the battlefield do not appear hopelessly stalemated to anyone. If the opposition seemed to hold the momentum in the second half of 2012, it is the regime that most observers agree now has the advantage. And if, indeed, high regime officials did authorize the use of chemical weapons on August 21, it is possible that this played a role in their calculations: At the risk of some form of Western response the regime could weather, it could mop up pockets of resistance near the capital and make its gains irreversible

A limited bombing campaign will not bring down the Assad government, but that is not its point.  A sudden collapse of the Assad government is not desirable because it might lead to what UN envoy Lakhdar Brahimi called the “Somalization” of Syria and even consolidation of jihadi emirates on Syrian soil. But neither is a limited bombing campaign merely a face-saving gesture or retribution for the use of chemical weapons. When it comes to Syria, what policymakers are looking for is some straw to clutch. For them, a negotiated settlement, as far-fetched as it is, is that straw. Accordingly, they believe that all that is necessary for the American strategy to work is to degrade the Assad regime’s military capability to such an extent that some sort of balance returns to the battlefield. And if Hizbullah and Iran bleed a bit in the meantime or get further sucked into what has already become the Syrian quagmire, so much the better.

Setting aside for the moment the “collateral damage” that inevitably accompanies a bombing campaign, degrading the Assad regime’s military capabilities and evening the battlefield balance is hardly a humanitarian policy. If successful, airstrikes will do little more than to intensify and prolong the suffering of the Syrian people as both sides continue to slog it out or as the regime’s allies up the ante once again. And given the fact that each side views the conflict as a zero-sum game in which anything less than total victory against its enemy means annihilation, reaching a negotiated settlement is improbable anyway. Once that happens, it will be back to square one for American policy.