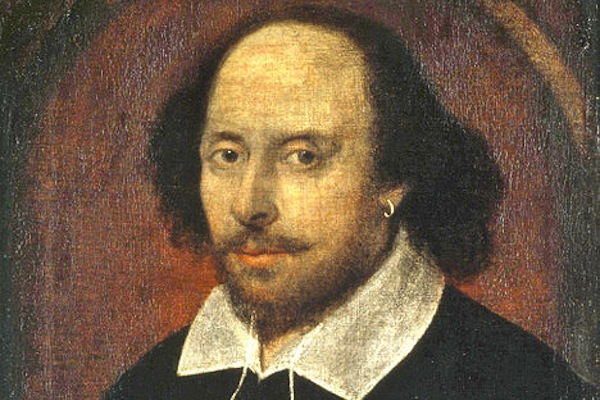 Had enough of the hundreds of productions of William Shakespeare plays at Shakespeare Festivals over the summer? Too many pondering Hamlets, handholding Romeos and Juliets and scheming Macbeths? You are mixing up all the King Richards with all the King Henrys?

This autumn will see what appears to be an historic number of Shakespeare productions in the United States, with the Bard’s characters drinking and dueling from coast to coast in a massive panorama of seventeenth century European history.

There will be a tidal wave of Shakespeare in New York. The highlight will be a double feature of Twelfth Night and Richard III, featuring all-male casts, just as there were in the original productions. The plays will run in repertory at the Belasco Theater (opens November 10).

Not enough star crossed lovers in your life? Have no fear. Romeo and Juliet are back in New York, yet again, twice, in a production starring Orlando Bloom and Condola Rashad. It opened September 18 at the Richard Rodgers Theater. The Classic Stage Company will present their Romeo & Juliet in early October.

Macbeth will be plotting with his wife from one borough of New York to another. Last spring we had a Broadway Macbeth, an Off Broadway Macbeth and a one man show Macbeth. This fall, Ethan Hawke will play Macbeth once more, this time at Lincoln Center.

The New York Public Theater will produce a new version of the Bard’s Antony and Cleopatra next winter. The Pearl Theater will present Henry V in the winter. The New Victory Theater will house Measure for Measure. A new and different production of Coriolanus, titled #Coriolanus (sic), was staged at Under St. Mark’s Theater in July.

As summer ended there was As You Like It at the Shakespeare Theatre of New Jersey. The annual Shakespeare in the Park series in Central Park featured Love’s Labour’s Lost and The Comedy of Errors. There was even a production of Richard III staged in a parking lot in New York City.

The summer theater festivals in New York were as crowded with Shakespeare plays as Queen Elizabeth’s court was when the Bard wrote them. The annual Fringe Festival staged a half dozen plays about Shakespeare’s writings and life, including Accidental Hamlet, Double Heart, Baptized, and William.

Perhaps the most interesting Shakespeare work will be a history festival at Shakespeare and Company, in Lenox, Massachusetts, in the Berkshires. There artistic director Tony Simotes began a series of Shakespeare’s history of England plays in July with a new production of Richard II, set in contemporary times. He will, over the next five years, stage Richard II, Henry IV part one, Henry IV, part two, Henry V and others. The plays cover the bloody history of England’s Kings from 1377 to 1485. Richard III ends with the establishment of the Tudor dynasty that reigned for years.

Simotes said that when Shakespeare arrived as a writer it was a defining time in British history and playwriting. Queen Elizabeth I had, in the Reformation, curtailed many of the religious plays and festivals that had been held for hundreds of years, thus opening up a new chapter in theater and history writing. Many writers penned history plays, but none were as successful as Shakespeare. The Shakespeare and Company theater had never presented the history plays as an ongoing staple, but will. Why? Simotes quotes Richard II:

“For God’s sake, let us sit upon the ground and tell sad stories of the death of Kings; how some have been deposed, some slain in war, some haunted by the ghosts they have deposed some prison’d by their wives, some sleeping, killed, all murdered.”

And, too, Simotes says, politics four hundred years ago was not much different than today. Governments are routinely toppled, systems overhauled and the people either oppressed or liberated.

His Richard II, starring Rocco Sisto as Richard, the first of them, that I caught up with in July, had a distinct modern slant to it, so modern that in the program it was described as 16th century version of the recent revolution in Egypt that brought about the downfall of iron fisted ruler Hosni Mubarek. Like Richard II, he was tossed in prison, and, like Richard II, a whole new form of government took over and a new leader elected (Mohammed Morsi), who was soon deposed, too). There was an assassination in Richard II, as there have been in many recent governmental overthrows and the people surged towards the winner and abandoned the loser. The whole series of Shakespeare history dramas should further underscore modern politics.

In the movies we have a highly praised contemporary new production of Much Ado About Nothing (the guy in the scuba mask ads).

I flipped through my television channels last week and on one day could have watched Shakespeare High, Shakespeare in Love, Leo DeCaprio in the urban Romeo and Juliet, Henry V and Coriolanus. There were more Shakespeare plays on television than there were episodes of Law and Order.

Why all of this Shakespeare?

# Love of history. Audiences enjoy traveling back to the sixteenth and seventeenth centuries for stories about British history and European intrigue.

# The sustaining influence of the hit movie Shakespeare in Love, which is aired constantly on television.

# A love of bloody political plays in an era when the world seems drenched in bloody revolutions and civil wars.

# A need for the Bard’s love stories and comedies in a day when life seems terribly dreary and uncertain.

#Finally, a yearning for excellence and Shakespeare’s play are surely that.

And, now, on to the slings and arrows of outrageous fortune…