Brian Glyn Williams is author of The Last Warlord: The Life and Legend of Dostum, the Afghan Warrior who Led US Special Forces to Topple the Taliban Regime (2013) and Predators: The CIA’s Drone War on Al Qaeda (2013). 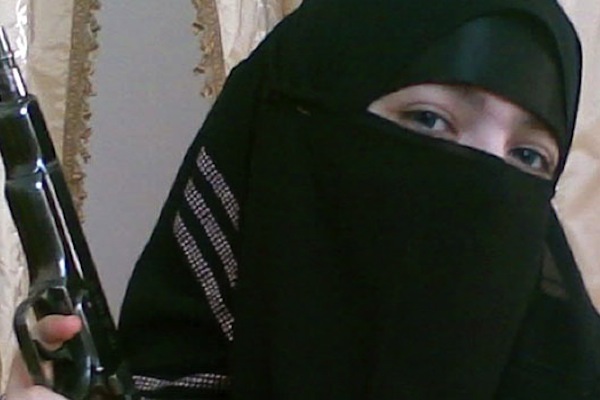 Russian security officials have worked hard to make the 2014 Winter Olympics safe. The Russians have deployed twice as many security personnel as the British did in the London Olympics. Foreign guests have been promised that they will be safe behind a “ring of security” (i.e. a security perimeter put in place months ago that envelops the whole Sochi region with an army of 40-50,000 security forces). The U.S. has also deployed two warships to the region to offer protection for U.S. citizens traveling to the games.

The Olympics have always been a target for terror attacks – the events at the Munich Olympics in 1972 continue to live in infamy, and a bombing committed by a domestic extremist at the 1996 Atlanta Olympics claimed two lives.

But the Sochi Winter Olympics are uniquely dangerous. The grim reality is that the Olympic games are taking place just to the east of Chechnya, a Vermont-sized republic that was the site of the bloodiest war(s) in Europe since the breakup of Yugoslavia. And just to the east of war-blackened Chechnya lies the Republic of Dagestan, home to the deadliest terrorist group in Europe, the Caucasus Emirate. This dark setting was bound to impact the games, which are meant to highlight a whitewashed version of Putin’s Russia that makes no mention of Russia’s widespread crimes against humanity during the Chechen wars.

The terrorists in Dagestan, whose ambitions have grown to include the secession of all the small Muslim republics of the North Caucasus into the Caucasian Emirate, have already struck at the main travel hub linking Russia to Sochi. On December 29 and 30 they set off bombs in Volgograd, killing more than thirty Russians. They were also accused of killing several taxi drivers in the neighboring province of Stavropol and planting explosives near their cars to kill police first responders in January.

Now comes the latest threat. Russian security forces fear that as many as three female suicide bombers may have infiltrated their security parameters and may be hiding in the Olympic zone at Sochi. These bombers could wreak havoc by setting off their bombs amongst the crowds of athletes and spectators gathered for this joyous event. Recent Russian history shows their fears are not exaggerated.

To understand the female suicide bombers of Russia who have carried out many of that country’s suicide attacks, one needs to make a background journey into the tragic history of this war-scarred region. The origin of the bombers can be found in Chechnya’s attempt to follow in the footsteps of the Ukraine, Kazakhstan, Armenia, Lithuania, and other Soviet republics in breaking away from Moscow’s rule. Against all odds, tiny Chechnya beat the transcontinental Russian Federation in the First Chechen War in the mid-1990s, but fighting broke out again in 1999, and this time the Chechens weren’t so lucky. In October of that year Russia reinvaded Chechnya with the aim of bringing the unstable republic back into the Russian Federation.

The outgunned Chechens fought back tenaciously to defend their capital of Grozny from the Russians in the winter of 1999, but the city was pulverized by bombardments of a scale not seen since World War II. Thousands of Chechen civilians died in the bombardment and in attacks on the towns and hamlets of Chechnya. One could see Chechen cities burning from satellite images of the republic found on Google.Earth. The Chechen rebels were then forced to abandon their ruined capital and escape to the sheltering Caucasus Mountains of the south to wage a guerilla/terror campaign.

Having crushed the Chechen frontal resistance, the Russians occupied Chechnya and began to carry out “cleansing operations” known as zachistkas to capture real or perceived Chechen rebel fighters. Thousands of Chechen men were caught up in these sweeps and sent to so-called filtration camps. There they faced torture and all too often execution. Hundreds of innocent Chechen men entered these notorious camps and were never seen again. Some of them were later found with their faces and hands cut off and wrapped in barbed wire in garbage dumps and mass graves found outside the camps.

It was in this context that the secular Chechens, who had not been previously known for their dedication to Saudi-style Islamic fundamentalism, began to deploy what the Russians called “living bombs.” Tellingly, the very first suicide bombing in Russia was carried out by two young Chechen women named Khava Barayeva and Luiza Magomedova. These young women drove a truck packed with explosives into a Russian special forces base in Alkhan Yurt, Chechnya, leveling it and killing as many as twenty-seven troops on June 7, 2000.

This attack was defined by the Chechens as an asymmetric strike on a “hard” military target, that is it fit with the outgunned Chechens’ new guerilla tactics. The second female suicide bomber attack came in November 2001 and was carried out by Elza Gazuyeva. Targeting the Russian officer she blamed for the death of her husband, she approached regional commander Gaidar Gadzhiyev and asked him, "Do you still remember me?" She then set off a bomb strapped to her body that killed her, Gadzhiyev, and his bodyguards.

This attack was followed by other female suicide attacks on military targets in Chechnya. But it was the Black Widows’ (a term first coined by the Russians who labeled them chyornye vdovy) strikes on “soft” civilian targets in Russia proper that gained them their greatest notoriety. Their most famous terror attack was the involvement of nineteen Chechen women terrorists in the seizure of the Dubrovka Theater in Moscow during the performance of a play in October of 2002. The hostage takers (there were forty-one in all) demanded an end to the Russians’ war in their homeland. To prevent the Russian security forces from storming the theater as they had done in the past during hostage takings, the women terrorists were armed with bombs. At the first sign of a Russian assault they were told to blow up the bombs, killing themselves and the estimated seven hundred hostages in the theater. Several of the Black Widows were reported to have wept as they awaited their fate.

The Russians responded by pumping a lethal gas into the theater that knocked everyone unconscious, preventing the Black Widows from setting off their bombs. Unfortunately, the gas proved to be lethal for 129 of the hostages. With everyone unconscious, Russian security troops then stormed the theater and executed the sleeping terrorists who had survived the gas with bullet to their heads.

The death toll continued to rise with subsequent attacks. On May 12, 2003 two women drove a truck into a Russian government center in Znamenskoye, Chechnya, killing sixty people. Two days later two Black Widows blew themselves and sixteen other people up trying to kill the pro-Russian head of the conquered Chechen Republic. Another Black Widow set off a bomb in Mozdok, in the neighboring republic of South Ossetia killing 18 on June 5, 2003. On July 5, 2003, the bombing campaign came to Moscow and two Black Widows set off bombs at a concert, killing fourteen. On December 5, 2003 three women and a man blew themselves up on a train in southern Russia, killing forty-four. On February 6, 2004 a female suicide bomber blew herself up on the Moscow metro killing forty people.

The female “living bombs” did not limit themselves to the ground and on August 24, 2004 two of them blew up their bombs on Russian commercial flights (one to Sochi) and killed another ninety people. Later in that month another ten people were killed outside a metro in Moscow by a Black Widow.

After 2004, the bombing campaign was suspended, but in 2010 a new organization, the Caucasian Emirate, restarted the killing with the March 29 Moscow Metro bombing. Forty people were killed. One of th bombers’ husbands had been killed by Russian troops. On January 24, 2011 a Black Widow killed thirty-five people at an airport in Moscow. There were several smaller scale female bomber attacks on government targets in Dagestan before two Black Widows struck in Volgograd this past December.

While there has been considerable speculation as to what drives these Chechen bombers, the initial answers seem to point to revenge, hatred of the Russian occupiers, and a desire to carry the war to those whom they believe to be responsible for killing their husbands, children, or other loved ones. In this sense the Black Widows, many of whom are actual grieving widows, are victims who are transformed into victimizers.

Increasingly, however, Black Widows appear to be driven by a desire to become martyrs to the faith. There have been cases of terrorists indoctrinating young women (the bombers have ranged in age from sixteen to thirty-seven) into the cult of martyrdom. While Islamic martyrdom does not offer women martyrs the seventy-two virgins of paradise promised to male martyrs, they are offered the chance to become Virgins of Paradise. In this sense the bombers more closely resemble those in Iraq, Pakistan, Afghanistan, Syria, and Lebanon, where dying for the faith and killing infidels is the main objective of suicide bombers.

Considering the Black Widows’ success in blowing up buses, planes, trains, metros, and trains stations in recent years, these “soft” transport targets are a more likely focus of the terrorist bombers than Sochi itself, which is essentially under lockdown and difficult to penetrate. The greatest threat to Americans and other tourists may thus lay in simply getting to the site of the Olympics. Having already experienced the carnage of a bombing by two Chechen-Dagestani bombers recently during the Boston Marathon on April 15, 2013, Americans know all to well the sort of impact that this sort of terror attack can have on such a joyous event.

Regardless of their actual target, the Black Widows have shown themselves to be remorseless killers in recent years and have killed hundreds of civilians in their suicide attacks. If there are indeed Black Widows targeting Russia during the games, they will be difficult to catch and will go to great lengths to take advantage of the world stage offered by the Olympics to embarrass Vladimir Putin, the man who came to power in 1999 by crushing the Chechens’ independent state. The terrorists will be able to bring the world’s attention to Russia’s brutal war on the Chechens and show that Russia’s two century long struggle to master the Caucasus continues.