In Defense of History According to Hollywood 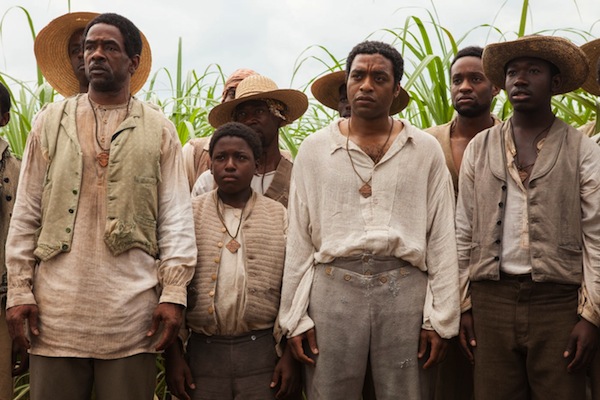 After weeks of badgering from a friend, I saw Frost/ Nixon a few years back and left the theatre pleasantly surprised. When I called her to discuss the film, she seemed disappointed in my reaction. As a scholar of Twentieth Century United States History, she was anxious to compare notes on the historical inaccuracies she documented in the film.  I had gone in with the same game plan, but somewhere in between the endless parade of advertising, forthcoming features, and the opening credits, I lapsed into casual moviegoer mode. I truly wanted to see how director Ron Howard would tell the story and so I was able to muster the advice of Samuel Taylor Coleridge and “suspend disbelief” in deference to “poetic faith.”

It helps that I had no professional stake in the movie.  My friend reminded me of my incessant petulance after seeing the movie Panther in 1995. As a young graduate student eager to reclaim my topic, I marched into the theatre with a pen and pad and emerged two hours later, with my hands literally bathed in ink from my furious attempt to detail and highlight every factual error.

In this sense, a historian in a history film is very much like the proverbial bull in a China shop. At every moment, we threaten to shatter the delicate handiwork of the shop owner without regard to the intricate and difficult nature of her task. Films that delve into history have the toughest audience. They must satisfy the movie going public’s desire to see a good story, complete with a satisfactory ending -- with the reality that the study of the past offers us very few examples of neat, self-contained, happy endings.

That is a big part of the problem for historians. As the Bradley Commission notably observed in 1988, history is unfinished business.  Any medium that purports to neatly package the past and reconcile its meaning in a few hours is immediately suspect. Yet, this is what the “people” demand, underscoring William Dean Howells famous observation, “What the American public always wants is a tragedy with a happy ending.” Historical narratives, of course, are rarely this uncomplicated. What may worry the professional historian most, in her effort to reconstruct the past from incomplete and not always trustworthy sources, may be of little concern to the historical filmmaker seeking to satisfy a larger agenda. As David Blight observed in Race, Reunion and the Civil War with regard to D.W. Griffith’s deeply flawed cinematic vision of the Civil War and Reconstruction, Birth of Nation was as much a movie as it was a political statement.

Audiences today, one might argue-problematically of course, are more sophisticated. The recent news that film maker Oliver Stone dropped out of a project to bring the life of Martin Luther King to the big screen, did little to quiet rumblings from those concerned that the film would fail to capture the “historical” King. Some questioned, for instance, if such a film would detail Dr. King’s marital infidelities, perhaps understandable given our current preoccupation with the private lives of public figures. This was presumably not an issue in 1978 when Director Daniel Mann brought Dr. King’s life to the small screen in the three-part miniseries, King, starring Paul Winfield in the title role. The film, which still occasionally makes appearances on Dr. King’s birthday and during Black History Month, remains controversial for other reasons. Although the director devoted six hours to telling King’s story, the miniseries is perhaps best remembered for the liberties, and in some cases total falsehoods it concocted in documenting the movement including a scene where Dr. King and Malcolm X engage in a frank chat about nonviolence in Chicago in 1966 -- nearly a year after Malcolm’s assassination in February of 1965. Although the invented conversation has the desired effect of contrasting the two men’s views, it is entirely a fabrication.

Directorial license theoretically knows no bounds -- except in crafting a story that will appeal to a target audience, even if that includes the manufacture of characters or storylines. In 1988, Coretta Scott King famously weighed in on Mississippi Burning, challenging the film for its skewed view of the Civil Rights Movement -- told not from the perspective of the embattled Civil Rights workers who risked their lives but the white FBI agents who, for the most part, watched from the sidelines.

So, if Hollywood is so terrible at getting it right, why do historians and history teachers continue to go to and in some cases, show such movies in class? In his celebrated essay “Why We Crave Horror Films?” author Stephen King laid bare the art of his craft. Although geared toward a different genre, his view may have some relevance for us. “The mythic horror movie,” he explained “like the sick joke has a dirty job to do….It deliberately appeals to all that is worst in us. It is morbidity unchained, our most base instincts let free, our nastiest fantasies realized . . . and it all happens, fittingly enough, in the dark.”

If this is true, what might we say about the mythic History film? For it surely also has a job to do, within much tighter confines -- and in the blinding light of hindsight. While the horror film can take liberties with our imagination in making the unthinkable real, the historical film faces its own burdens of voice and authenticity. The history filmmakers lens must serve simultaneously as a time machine and a mirror to society.  When viewing our image in that mirror we need to recognize ourselves in its reflection and whether it is a positive view (Band of Brothers) or a negative one (Mississippi Burning) it needs to be familiar -- even if (12 Years a Slave) uncomfortably so. As John Hope Franklin and Abraham Eisenstaedt have observed “every generation writes its own history for it tends to see the past in the foreshortened perspective of its own experience.”

Historical films thus have an inherent degree of tension. In addition to their mission to entertain, they often speak problematically to two audiences, one looking to safeguard its legacy and the other to understand its values. For those old enough to remember, historical movies can be a pleasant or disturbing trek down memory lane. For those with no memory or connective tissue, they very much represent a roadmap of sorts, which is probably why we remain so deeply invested in getting it right and debating the finer points of historical movies. History matters. From the military history buffs ready to pounce on the slightest variation in a unit’s insignia, to the participants ready to challenge those who question their motivations, to the now adult who never quite understood why her parents wept so bitterly the day Kennedy died, we are constantly negotiating and renegotiating the meaning of the past. History films are like our own fickle and often, subjective memories committed to celluloid. What they reflect or who we see reflected in them can tell us a lot about where we are at any given moment. In a society rapidly transitioning away from oral and written to visual sources, soon they may become even more significant - as a means to not only imagine the past, but also shape its meaning.

George Will famously referred to Oliver Stone’s 1991 docudrama JFK as a “three hour lie from an intellectual sociopath.” It nevertheless grossed 205 million worldwide and sparked intense debate and discussion. A Newsweek magazine cover featuring a photo of actor Djimon Hounsou manacled and with the subtitle "Should America apologize for slavery or just get over it?" attempted to use the film to promote a national discussion over slavery. As a High school teacher, I took my class to the film and despite my blistering critique my students literally spent the next month and half referencing it. That is the rub. Even when they get it wrong, as they often do, there is still tremendous value in the exercise.  It creates for those with no memory and or no engagement with scholarship a frame of reference, no matter how flawed.

There is another important consideration beyond this as well. As the movie Forest Gump reminded us, it not just the facades and the fashions that transport us back, not merely the music or the language, although clearly they help. It is the culmination of our collective hopes and fears transferred to the big screen starring back at us to affirm not only who we are but what we aspire to be.

Critics challenge history movies for a host of reasons, including historical inaccuracies, manufactured dialogue, and/or conflated characters. A film can never reproduce a life, nor for that matter can a historian. Even with the most complete sources, we cannot know with absolute certainty that what we write is 100% accurate. It is why we discuss history in terms of changing interpretations rather than ironclad narratives.  It is also why we crave history films as a means of judging not only our values but also the narratives that prevail currently. In stark contrast to Stephen King’s horror film, the mythic history film represents morbidity, in the form of the unknown, checked, our most base instincts subdued, and our best qualities, in the form of manufactured heroes and happy endings idealized. To their detractors, of course, these qualities can make history movies a horror of a different stripe for they deliberately appeal, usually in the creation of heroes, to the best in all of us -- at times at the expense of frank discussions about our not so glorious past. Nevertheless, even in all their flaws, they invaluable as teaching tools especially in terms of getting people thinking and talking about past.