Your Doctors Are Worried 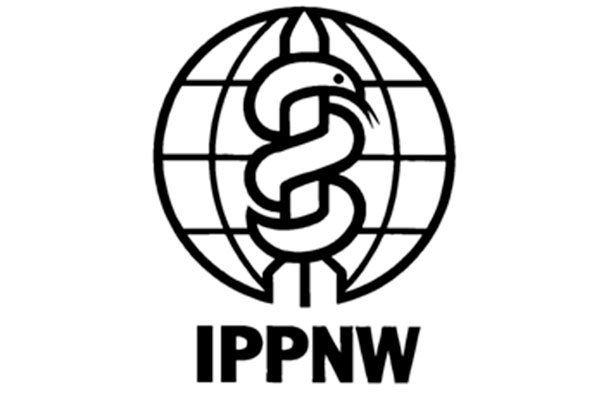 Your doctors are worried about your health―in fact, about your very survival.

No, they’re not necessarily your own personal physicians, but, rather, medical doctors around the world, represented by groups like International Physicians for the Prevention of Nuclear War (IPPNW).  As you might recall, that organization, composed of many thousands of medical professionals from all across the globe, won the Nobel Peace Prize in 1985 for exposing the catastrophic effects of nuclear weapons.

Well, what seems to be the problem today?

The problem, as a new IPPNW report indicates, is that the world is showing growing symptoms of a terminal illness.  In a nuclear war involving as few as 100 weapons anywhere in the world, the report noted, the global climate and agricultural production would be affected so severely that the lives of more than 2 billion people would be in jeopardy.  Even the use of the relatively small nuclear arsenals of India and Pakistan could cause terrible, long lasting damage to the Earth’s ecosystems.  The ensuing economic collapse and massive starvation would throw the world into chaos.

And this is just a small portion of the looming nuclear catastrophe.

Today, some 17,300 nuclear weapons remain in the arsenals of nine nations, and their use would not only dramatically exacerbate climate disruption, but would create almost unbelievable horrors caused by their enormous blast, immense firestorms, and radioactive contamination.

The International Campaign to Abolish Nuclear Weapons (ICAN), founded by IPPNW in 2007, reports that a single nuclear weapon, detonated over a large city, “could kill millions of people in an instant.”  Subsequently, many additional people would die of burns and other injuries, disease, and cancer.

Residents of the United States and Russia, two nations currently engaged in an international brawl, might be particularly interested in the fact that their countries possess over 16,000 nuclear weapons.  About 2,000 of them on hair-trigger alert, ready for use within minutes.  According to the ICAN report, if only 500 of these weapons were to hit major U.S. and Russian cities, “100 million people would die in the first half an hour, and tens of millions would be fatally injured.  Huge swaths of both countries would be blanketed by radioactive fallout.”  Furthermore, “most Americans and Russians would die in the following months from radiation sickness and disease epidemics.”

These unnerving reports from IPPNW and ICAN are reinforced by warnings from the World Health Organization (WHO).  “Nuclear weapons constitute the greatest immediate threat to the health and welfare of mankind,” that respected international organization has reported.  “It is obvious that no health service in any area of the world would be capable of dealing adequately with the hundreds of thousands of people seriously injured by blast, heat, or radiation from even a single one-megaton bomb.”  The WHO went on to declare:  “To the immediate catastrophe must be added the long-term effects on the environment.  Famine and diseases would be widespread, and social and economic systems would be totally disrupted.”

Despite the warnings from the medical profession that, in the words of ICAN, “nuclear weapons are the most destructive, inhumane, and indiscriminate instruments of mass murder ever created,” the nine nuclear powers seem in no hurry to get rid of them―or at least to get rid of their own.  The United States has possessed nuclear weapons for almost 69 years; Russia for almost 65.  Despite their repeated promises, in the Non-Proliferation Treaty (NPT) of 1970 and in later circumstances, to engage in nuclear disarmament, they still possess about 95 percent of the world’s nuclear weapons.  Both countries, in fact, are now engaged in nuclear “modernization” programs, with the Obama administration proposing to upgrade nuclear weapons and build new nuclear submarines, missiles, and bombers at an estimated cost of somewhere between $355 billion and $1 trillion over the next 30 years.

Although the other kinds of weapons of mass destruction are banned by treaty, there are no plans by the nuclear powers to negotiate a treaty banning nuclear weapons.  Indeed, given the current U.S.-Russia confrontation, it seems unlikely that there will be progress on much smaller-scale arms control and disarmament agreements.

That’s the bad news from your doctors.

The good news is that you and other people around the world aren’t dead yet and that there’s still time to change the destructive behavior of your national leaders.  Actually, some opportunities are opening up along these lines.  At a February 2014 conference in Mexico drawing official representatives from 146 nations (but boycotted by the nuclear powers), there was strong support for a treaty banning nuclear weapons, and the Austrian government will host a follow-up conference later this year.  Also, an international NPT Preparatory Conference will begin in late April and an international NPT Review Conference will be held the following spring.  Meanwhile, two pieces of legislation have been introduced in the U.S. Congress―the SANE Act in the Senate and the Rein-In Act in the House―that would cut the bloated U.S. nuclear weapons budget by $100 billion over the next ten years.  So who knows?  If you and others take some preventive action, you might even avoid the terminal illness that now awaits you.

Anyway, good luck with it.  You deserve a chance to survive.  In fact, we all do.