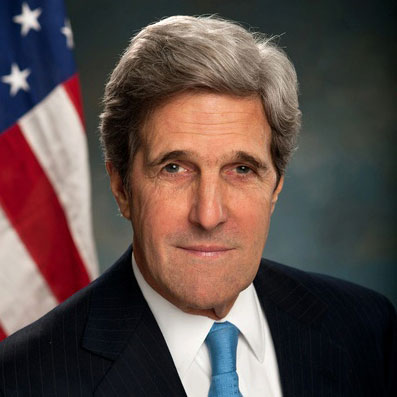 The failure of the negotiations between Israel and the Palestinians and the causes behind it were absolutely predictable. I, like many others, argued that regardless of the US’ determination to lead both sides to agree on a two-state solution, the energy, resources and political capital invested by Secretary of State John Kerry toward that end were all to no avail. Indeed, the commitments to reach an agreement, specifically by Prime Minister Netanyahu, and US’ unwillingness to put the necessary pressure were absent.

Kerry made a fundamental mistake by establishing rules of engagement that were not conducive to progress, raising serious doubts about the prospect of a solution.

He caved in to Netanyahu’s demands to address Israel’s national security concerns first, instead of dealing with borders, which would have defined the contours of the Palestinian state, which Abbas sorely needed to allow him to be more flexible.

Kerry’s yielding to Netanyahu’s refusal to freeze settlement expansion was nothing short of the kiss of death. Every time a new tender for building housing units was announced, it raised anew psychological and practical doubts about Netanyahu’s real intentions.

Continued settlement expansion during the negotiations was seen as creeping annexation of Palestinian land, which was rightfully viewed by the Palestinians as a detriment to the establishment of a Palestinian state.

Kerry did not insist that both Israeli and Palestinian leaders refrain from criticizing each other publicly during the negotiations, which further eroded instead of mobilized public support of Israelis and Palestinians alike.

The appointment of Martin Indyk as a mediator was unwise, as he was perceived by the Palestinians to be biased in favor of Israel.

Kerry conceded to Netanyahu’s excuse that his government would collapse should he freeze settlement construction when in fact Netanyahu could have mobilized public support if he was really seeking a two-state solution.

Knowing how sensitive settlement expansion is to the Palestinians, Netanyahu’s Housing Minister sabotaged the negotiations as he issued tenders for new housing units timed to enrage Kerry and Abbas.

Burned by failure during his first term, President Obama remained indirectly involved in the negotiations, sparing Netanyahu and Abbas the necessary pressure only he could exert.

It should have been more than obvious to Kerry that Netanyahu was never committed to reaching a solution, certainly not one that would lead to the creation of a Palestinian state. Netanyahu counted on the Israelis’ complacency about the prospect for peace, as most Israelis accepted Netanyahu’s misleading narrative that there is no negotiating partner and that the Palestinians cannot be trusted.

Israel, led by Netanyahu, should bear much of the blame. Netanyahu took advantage of Kerry’s indecisiveness, and for good reason – he could count on Congress and the Jewish lobby to prevent Kerry from pressuring Israel to make any meaningful concessions to keep the process going.

As a means by which to prevent reaching an agreement, Netanyahu borrowed a page or two from the Iranian negotiating manual by playing for time and by merely preaching, for example, the two state solution for international and public consumption but refusing to act on it.

Although Netanyahu appointed Tzipi Livni as chief negotiator, his appointment of Yitzhak Molcho, his personal confidant and relative, to the negotiating team was purposely made to monitor Livni and prevent her from making any concessions to which he might object.

In all fairness, the Palestinians were the least responsible for the collapse of the negotiations. Abbas needed to show that he would not succumb to Netanyahu’s whims or Kerry’s urging because he felt all along that he has already made several important concessions.

These concessions included allowing Israel to keep residual forces along the Jordan River for five years, finding a solution to the Palestinian refugee problem acceptable to Israel, accepting a demilitarized Palestinian state, and leaving most of the settlers (80 percent) in place along the 1967 border as a part of Israel.

That said, Abbas suffered from a lack of consensus among the Palestinians; he did not feel that he had a full political mandate while Hamas, until recently, was breathing down his neck.

Abbas’ legitimacy was questioned as his term had expired, which for several years discouraged him from making any other concessions, like recognizing Israel as a Jewish state, on which Netanyahu insisted.

He negotiated from a position of weakness, especially because Netanyahu refused to make any significant concessions, such as freezing even for a short period of time the construction of new housing units in the West Bank.

For all these reasons and some, it was ironic to hear top American and Jordanian officials with direct knowledge of the negotiations insist that Kerry’s initiative, unlike any other previous mediating efforts, will succeed in forging an Israeli-Palestinian peace.

Kerry was quite blunt, and for good reason, in placing the blame on Israel for the collapse of the negotiations. However, he never acknowledged that he too contributed to the impasse because the negotiations were based, from the very beginning, on a flawed process.

Perhaps one critical thing has been learned from this painful exercise, stated by Obama best: “…if you see no peace deal and continued aggressive settlement construction -- and we have seen more aggressive settlement construction over the last couple years than we’ve seen in a very long time -- if Palestinians come to believe that the possibility of a contiguous sovereign Palestinian state is no longer within reach, then our ability to manage the international fallout is going to be limited.”

Israel will do well to heed Obama’s warning.