by Mark B. Tauger 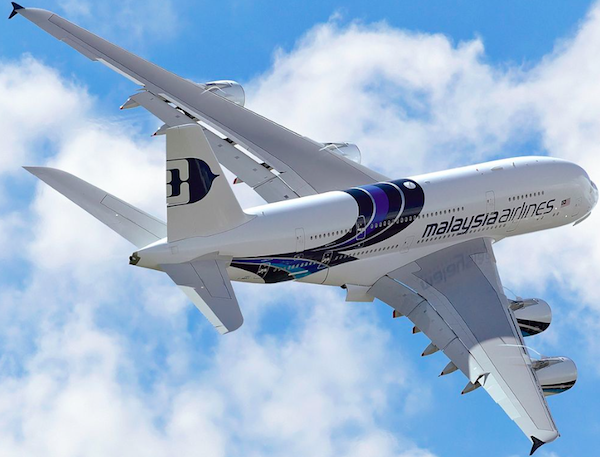 The tragic shoot-down over Ukraine of the Malaysian Airlines MH17 Boeing 777 that killed 298 people on board revives gruesome memories of similar events during the last phase of the Cold War in the 1980s. But the comparisons are not quite what we might expect.

The best explanation of the MH17 disaster is on a strangely-titled website, Scallywag and Vagabond, which draws from a variety of sources including the UK’s Daily Mail and the Kiev Post, and cites Dr. Igor Sutyagin, a Research Fellow in Russian Studies at the Royal United Services Institute, the Security Service of Ukraine [SBU], and other Ukrainian officials.

This article presents evidence that Russian separatists in eastern Ukraine in late June bragged about obtaining a BUK missile launcher, and just before the shoot-down of MH17 had placed it in a civilian area with the goal of shooting down Ukrainian military planes. The article includes images that it suggests might be the missile launcher in transit and in placement. The BUK can hit objects up to 25 km or 75,000 feet in altitude, well above the altitude of commercial airliners.

A Ukrainian transport plane, an Antonov-26, was shot down over Ukraine on July 14, 2014, killing 49 soldiers and crew; four survivors were taken prisoner by Russian separatists. Ukrainian President Petro Poroshenko stated, based on military information, that the plane was flying too high to have been hit by a portable missile, and must have been shot down by a more powerful weapon shot from Russian territory. This weapon was probably a BUK.

According to Sutyagin, the military leader of the “Donetsk Republic” is a Russian citizen named Igor Girkin, but is using the pseudonym Igor Strelkov – a nom de guerre based on the Russian root for “shooting” or “shot” as in the description of a rifleman as a good shot. But in this case a better term perhaps should be trigger-happy or inept.

According to the article, the shoot down of MH17 took place because of a coincidence of three events:

1. The pilot of the MH17, which was a Boeing 777, apparently told someone in air traffic control that he was worried about flying over Ukrainian airspace, and so shifted his course south.

2. Russian separatist forces had blockaded a Ukrainian brigade near the Russian border, so the Ukrainian military tried to supply them by air, using a standard transport, an Iliushin 76 [UK76], which on radar looks the same as a Boeing 777. The two planes were flying relatively close to each other.

3. Russian separatist forces, perhaps employing trained Russians to operate the BUK, saw the radar blip as a Ukrainian transport and shot it down. They sent messages by internet defiantly claiming responsibility for shooting down what they thought was an An-26, and even posted a video of the plane’s crash. Then Russian separatist military officers went to examine the crash site and found out it was a civilian airliner. The Kiev Post posted the intercepted telephone discussions. The Russian separatists then removed their postings of their video and their boasts about the shoot-down. In the third phone conversation about the incident, a Russian separatist claimed that the passenger plane was spying.

Several articles and news broadcasts, among them Rachel Maddow’s news program of 21 July 2014, discussed the MH17 case in the context of the 1983 KAL 007 disaster, when a South Korean Airlines Boeing 747 with 269 passengers strayed into Soviet airspace, and a Soviet air force interceptor detected it and after a period of ambivalence decided the plane was a spy plane and shot it down. The American Spectator, admittedly a conservative periodical, wrote on 18 July that “the stunning downing of Malaysian flight 17 is strikingly similar to the shock of September 1, 1983, when the Russians downed a Korean passenger airliner, flight 007,” but the main comparison the periodical draws is that both times the Russian [actually earlier the Soviet] government vehemently denied involvement.

While the claims of denial may be similar, however, the comparison between the events themselves does not hold up. In the KAL 007 case, the KAL flight crossed into Soviet territory in a region that the Soviets considered to be a high-security zone because of weapon emplacements. The Soviet military consciously and intentionally shot down the plane because they thought it was spy plane sent to investigate one of their main border security bases. This was the regime of Iurii Andropov, a former head of the KGB, which emphasized security concerns. The pilot of the Soviet interceptor, Major Gennadii Osipovich, stated in an interview that he saw that the plane was a civilian airliner, but thought that it could have been converted to espionage use. In any case, it was clear that he consciously and intentionally shot the plane down under orders to do so from his base officers.

In the MH17 case, based upon the above evidence, which makes the most sense to me, the Malaysian Airlines plane strayed over a region of military conflict, which the Ukrainian government wanted to supply and which the Russian separatists wanted to besiege. The Russian separatists had already shot down one transport plane a few days earlier, and anticipated that the Ukrainian military would send another. The separatists observed a blip in their radar, assumed it was the transport, and shot at it. They did not intend and did not expect to shoot down a civilian passenger plane.

In light of the course of events of the MH17 disaster, the better historical comparison than the KAL 007 incident is the U.S. shooting down of Iran Air 655 on 3 July 1988. In that incident, the U.S. Navy guided missile cruiser USS Vincennes, deployed to protect Persian Gulf sea lanes during the Iran-Iraq War, passed through the Strait of Hormuz, when a helicopter from the boat came under fire from Iranian patrol vessels. The Vincennes pursued those vessels into Iranian waters. Then the Iran Air flight, in an Airbus A300B2, passed over the Vincennes. Even though the Vincennes’ radio detected that the Airbus was “squaking” in civilian mode, the Vincennes crew thought that the plane was a fighter jet and a threat. The Iranian plane did not respond to repeated radio inquiries, which increased the Vincennes crew’s suspicions. The Vincennes captain gave the order and his crew fired two missiles at the Iran Air 655 and destroyed the plane, killing 290 people on board. After the attack the Vincennes crew realized that they had shot down a civilian airliner on a civilian flight. The Vincennes crew were extremely worried about an attack from Iran, and acted very fast, since the Iran Air 655 flight was only scheduled to last 28 minutes, and several commentators condemned the Vincennes’ chief officer Captain William Rogers for unnecessary haste and tendencies toward aggressiveness.

Because the U.S. and Iran were on hostile terms ever since the hostage crisis of 1979-1981, and apparently also on the basis of an arrogant sense of nationalism, Vice President George H. W. Bush refused to “apologize” for the incident. The U.S. government has since refused to admit responsibility but paid substantial compensation to the victims’ families. Meanwhile, the Iranian government has repeatedly condemned the U.S. attack. The Iranian foreign minister told the UN Security Council that the attack “could not have been a mistake” and called it a “criminal act.” Several writers argue that the incident continues to inspire Iranian distrust of the U.S.

It is striking, in light of the similarity between KH17 and Iran Air 655 incidents, how the U.S. media has almost studiously avoided mentioning the Iran Air 655 case, and has emphasized almost exclusively the KAL 007 as a reference for understanding the Ukrainian disaster. The Washington Post called the Iran Air 655 case a “forgotten story” in 2013, and it remains so today.

Yet the Iran Air 655 disaster resembled the MH17 case in several important ways. Both were the results of misidentification, based on the anonymity of radar images and failure to consider other evidence that could have shown the targeted planes to be passenger planes and not war planes. Both the American pilot on the Vincennes and especially the Russian separatists had a pattern of aggressiveness that contributed to these events. Both the Americans in the Iran Air case and the Russians in the MH17 case responded in problematic ways.

Nonetheless, the MH17 incident was worse in certain key ways. While the Putin government did not have the degree of responsibility for this incident that the Soviet government under Andropov had for the KAL 007 shoot-down, still Putin’s government has supported radical and extremely violent Russian nationalists in Ukraine and has allowed trained Russian military veterans to train them and fight with them. In one CNN broadcast, Stephen Cohen referred to gray-haired Afghan War veterans going to fight with the separatists.

These Russians, with Putin’s help and implied consent, have created an extremely volatile and dangerous military crisis for no good reason. Apparently behind this crisis is Putin’s adherence to the crank Eurasianist ideas of Russian historian Aleksandr Dugin, and Putin’s similarly irrational fears about Ukraine becoming associated with the European Union and NATO.

According to a cable sent in 2008 by the U.S. Ambassador to NATO, Putin, speaking at a meeting of the leadership of NATO dismissed Ukraine as country artificially created by diplomats after World War II, and warned that connections between Ukraine, Western Europe, and NATO could threaten the existence of Russia. He did not apparently explain how these connections could threaten Russia at all. The fact that he made these statements when he was actually present at a NATO meeting suggests how irrational his ideas are.

Putin and the military personnel he allowed to go to the separatists’ camps therefore have considerably indirect responsibility for this tragic mistaken shooting down of the MH17 because they encouraged and supported these trigger-happy separatists without apparently warning them sufficiently of the potential risks of their actions. Their actions resemble those of the Iranian, Iraqi and U.S. military in the Persian Gulf in 1987-1988, when small-scale attacks by Iraqi and Iranian forces on U.S. ships and aircraft increased tensions and made it more likely that the U.S. forces would fire first and ask questions afterwards when they feared a substantial attack.

This comparison between Iran Air 655 and MH17 disasters should restrain media commentators, scholars, and the U.S. government from an attitude of Schadenfreude. It should make it clear that in intense military crises, even participants with the best of intentions – as well as those with worse intentions – are extremely likely to make tragic and completely unnecessary mistakes that can cause the worst possible consequences for uninvolved and innocent people. According to news reports since the disaster, the Ukrainians have scrambled more fighter planes against the separatists and the separatists have shot more Ukrainian planes down, which shows that the disaster has not had the effect it should have had on both sides. Somehow the U.S. and Europe have to find a way to hit the Russian separatists with sanctions or other means to get them to stop fighting and prevent a repetition of these disasters.