Where Is The Passion for Peace? 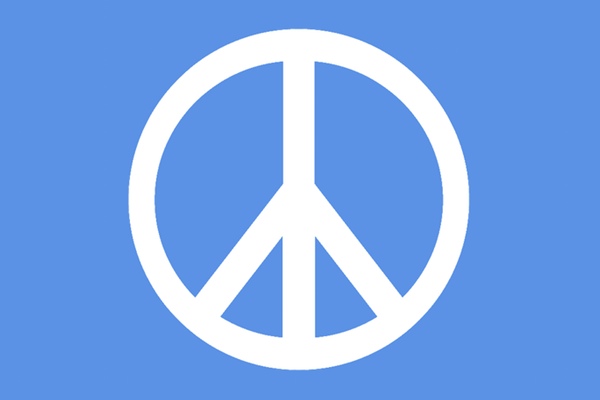 One hundred years ago in late July, Austria declared war on Serbia, thus beginning World War I. Today, as conflicts and bloodshed occur in Ukraine (and Gaza, Syria, and elsewhere), we wonder why in the past century we have advanced so little in our ability to prevent such senseless wars.

My most basic answer is that too few of us, citizens and leaders alike, are passionate about peace. This past Easter Pope Francis prayed to God: “Enlighten and inspire the initiatives that promote peace in Ukraine so that all those involved, with the support of the international community, will make every effort to prevent violence.” Yet too few Catholics and other Christians take his words to heart.

In Blessed Are the Peacemakers: Christ’s Teachings About Love, Compassion and Forgiveness (2005) writer and pacifist Wendell Berry gathered together Christ’s Biblical words relating to peace. In the United States today most political leaders claim to be followers of the Bible. In a 2014 interview Hillary Clinton said, “the Bible was and remains the biggest influence on my thinking.” Republicans are even more likely to emphasize the influence of that book on their political views (see, e.g., here). Yet, as Berry indicated, such phrases as “Blessed Are the Peacemakers,” have had minimal effect on most politicians, whether in the United States or in other nations with a Christian tradition.

Sure, leaders sometimes extol peace, but usually place other considerations first—like President Johnson’s goal of preventing the spread of communism to South Vietnam in the 1960s or President George W. Bush’s various reasons for invading Iraq in 2003. Not only are the reasons for going to war often poorly thought out, but the blessings of peace are too often undervalued. As Kenneth Boulding once wrote, “Peace is ploughing and sowing and reaping and making things and . . . getting married and raising a family and dancing and singing and opera.” War too often is the killing or maiming of innumerable loved ones, whether adults or children, and the destruction of homes and communities.

But there is a strong tradition of leaders who insist on the necessity of just wars. In his Nobel Peace Prize lecture in 2009 President Obama spoke of a “just war” as one “when certain conditions were met:  if it is waged as a last resort or in self-defense; if the force used is proportional; and if, whenever possible, civilians are spared from violence.” He also added: “There will be times when nations—acting individually or in concert—will find the use of force not only necessary but morally justified.” Although praising the pacifists Martin Luther King Jr. and Gandhi, Obama declared, “As a head of state sworn to protect and defend my nation, I cannot be guided by their examples alone.  I face the world as it is, and cannot stand idle in the face of threats to the American people.  For make no mistake:  Evil does exist in the world.  A non-violent movement could not have halted Hitler's armies.”

Obama was here following in the tradition of thinkers like the German sociologist Max Weber and the U.S. theologian Reinhold Niebuhr. Weber stated that while a pacifist may choose to follow the dictum “Resist not him that is evil with force,” follow “the gospel . . . [and] refuse to bear arms”; for a “politician the reverse proposition holds, ‘thou shalt resist evil by force,’ or else you are responsible for the evil winning out.” Niebuhr, one of President Obama’s favorite religious thinkers, wrote of “the limits of morality in politics,” and that pacifist “do not know human nature. . . . They merely assert that if only men loved one another, all the complex, and sometimes horrible, realities of the political order could be dispensed with. They do not see that their ‘if’ begs the most basic problem of human history. It is because men are sinners that justice can be achieved only by a certain degree of coercion on the one hand, and by resistance to coercion and tyranny on the other hand.”

But if Niebuhr was correct in believing that war was sometimes necessary, for example against Germany and Japan in World War II, he opposed it on other occasions like the U.S. involvement in Vietnam—“the terrible and mistaken war.” The difficulty for most heads of state is to know when war is justified and when it is not—and once involved, what actions are proper. Way too often in the past century, political leaders have resorted to war because they have undervalued peace, underestimated the human and economic costs of war, and been too unimaginative to craft peaceful solutions. Few have been passionate peace advocates. Although political leaders may not display the peace passions of a Martin Luther King or Gandhi, they can still be passionate to find peaceful solutions to knotty international problems. Occasionally such passion will result in breakthroughs like that at the Camp David peace summit of September 1978, at which Jimmy Carter brought together Menachem Begin and Anwar Sadat, leaders of two historical foes, Israel and Egypt.

Even less frequently, a leading politician will demonstrate a sustained passion for peace. One such figure was Germany’s Willy Brandt, who from 1957 to 1972 was in succession mayor of West Berlin, West German foreign minister, and then chancellor. In his A Peace Policy for Europe (English trans., 1969), he wrote: “The will to peace and to reconciliation is the primary idea and the foundation stone of our foreign policy.”

In the lecture he gave for winning the 1971 Nobel Peace Prize, he said something similar: “This is precisely the time for me to clearly emphasize my principles: War must not be a means to achieve political ends. Wars must be eliminated, not merely limited. No national interest can today be isolated from collective responsibility for peace. This fact must be recognized in all foreign relations.”

Like another statesman, Nelson Mandela, Brandt thought that violence was sometimes necessary, but the two men’s passion for peace led them to always seek peaceful solutions first. And their passion fueled their imagination. In her The March of Folly: From Troy to Vietnam (1984) historian Barbara Tuchman noted that leaders often commit follies like going to war because of “Mental standstill or stagnation—the maintenance intact by rulers and policy makers of the ideas they started with is fertile ground for folly.”

But it is not just political leaders who display mental stagnation and little passion for peace, but also many of their citizens, who often blame such leaders, often ones from other countries. But the causes of war are complex and usually reflect the failings of more than one country or one leader. In many countries public opinion and the media support the march toward war, and there are many reasons (as I have indicated elsewhere) why public support of wars has been as great as it has been.

Except for a small number of absolute pacifists, most people justify some types of killing but denounce other types. In the twentieth century, for example, most U.S. citizens condemned any form of communist or terrorist activity that led to deaths, especially that of “innocent civilians,” but were inclined to ignore or justify the massive taking of civilian lives that resulted from Allied bombing, both conventional and nuclear, of cities like Dresden, Hamburg, Darmstadt, Tokyo, Hiroshima, and  Nagasaki. Part of the reason for this was that deaths of foreigners mattered much less to most people than the deaths of their own citizens.

In his Nobel lecture Brandt mentioned three imperfect sources from which Western politicians could draw inspiration for advocating peace: Christian teachings, humanism and classical philosophy, and the socialist tradition—Brandt himself was a leading spokesman for European democratic socialism.

Yet, too little today do we see politicians or mainstream media being inspired by these sources, or any others, in regard to peace seeking. During the past several months, we have seen this lack of inspiration, this lack of passion, especially in Ukraine. Three key political leaders in the continuing crisis involving it are its President Petro Poroshenko, Russia’s Vladimir Putin, and Barack Obama. All three profess to be Christians and to take religion seriously. Yet, none of the three have demonstrated a passion for a Ukrainian peace, nor have mainstream media in any of the three countries they lead.

After the recent shooting down of the Malaysian airliner, Russian Foreign Minister Sergei Lavrov said, “We are not feeling a U.S. desire to send signals to Kyiv in favor of a negotiated resolution.” Regardless of the lack of peace passion coming from Lavrov’s own president—and this deficiency is considerable—it seems true that neither President Obama nor any other leading politician of either major U.S. party is avid for any peaceful resolution of the war. Where is the type of passion the often maligned Jimmy Carter displayed at Camp David in bringing Begin and Sadat to agree to peace terms? If President Obama is telling any of his advisers to come up with any realistic peace plans that Putin and Poroshenko might accept, we have not heard about it.

Back in May 2014 a leading expert, Anatol Lieven, wrote: “What is truly strange and terrible about this looming [Ukrainian] disaster is that all the leading players already know and agree about what the only solution can be, even if they disagree on the details and the timing: a federal Ukraine with elected regional governments and robust protection for regional interests.”

In late July Nation editor Katrina vanden Heuvel listed three elements that could be the basis for a settlement: 1) a cease fire; 2) “the United States, its European allies and the Russians . . . [joining] in talks with the Ukrainian government and representatives of the [Ukrainian] eastern region to create a federated or decentralized union that provides guarantees on religion, language and culture”; and 3) recognizing that Ukraine should, as Henry Kissinger suggested in March, serve as a “bridge” between Russia and the West by remaining neutral like, for example, Finland.

At about the same time: Michael McFaul, until recently President Obama’s Ambassador to Russia, was asked if there was “a face-saving way out of the crisis for Putin” following the downing of the Malaysian airliner. McFaul answered, “Yes, because what this tragedy gives him is a reason to break with the insurgents, and it could be very simple. He could call [Ukrainian President Petro] Poroshenko and say, ‘Here are the three things I need so that we can declare victory.’ And it could be decentralization, the protection of Russians by international monitors, and the use of the Russian language. I think Poroshenko would take that deal and Putin could say, ‘Congratulations, the insurgency has accomplished what it needed to.’”

Again, however, if the Obama administration is looking for a way to give Putin such a face-saving opportunity, we have not seen it. Where is the passion for peace? We can only hope that there is more in the hearts of the three key leaders than has heretofore been evident. Or perhaps someone like German Chancellor Angela Merkel, who has attempted to mediate between Russian and U.S. Ukrainian positions, will be more successful in the days ahead. If not, August 2014, like August 1914, may be a cruel month. And all our present arguing about whom is most to blame will be of little comfort to the suffering Ukrainian people.