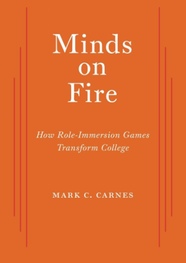 Higher education is in the midst of seismic shifts in curricular design, pedagogy, delivery modes, and instructional activities and assessments. Models of education that arose in the Industrial Era slowly give way to a new paradigm better suited to the Information Age.

A more customized, self-paced and adaptive approach to education gradually replaces the “mass production,” “one-size-fits-all” paradigm, which assumed that all students should acquire the same information at the same pace. A “transmission” model, in which content experts deliver a body of information to passive students, succumbs to more interactive forms of teaching that actively engage students in their own learning. A sink-or-swim model designed to separate the wheat from the chaff, is succeeded by a new ideal: Helping all students achieve proficiency.

This paradigm shift is especially evident in a host of innovations that, bit-by-bit, are transforming the student experience. Flipped classrooms, experiential learning, guided inquiry, serious gaming, simulations, immersive learning environments, and team-based, project-based teaching – these are only a few of the practices that are reshaping college teaching.

Driving these pedagogical transformations is a conjuncture of forces for change: demographic, economic, and political. The most important, I am convinced, are attitudinal. There is a growing conviction that levels of student engagement are too low, time-to-degree too slow, and graduation rates too little. Above all, there is the conviction that too few graduates acquire the skills, knowledge and habits of mind expected of a college graduate.

A growing body of research substantiates these concerns. According to an annual UCLA survey, roughly 40 percent of freshmen are deeply disengaged from the academic life of their institution, frequently skipping class and rarely studying. Approximately a third of students, according to some measures, demonstrate virtually no improvement in writing or reasoning or critical thinking skills while in college. Equally disturbing, loneliness and depression so severe that students find it difficult to function are, apparently, widespread. Indeed, it appears that social isolation is among the major reason students drop out (Carnes, 23-26, 186-187).

Even those who question the reliability of statistics about student motivation acknowledge that most students don’t need to speak, read, or write much to graduate from college. Whenever faculty limit reading or writing requirements or fail to count class participation or attendance in grades, they accommodate to student disengagement.

In response, a growing number of faculty seek to reinvigorate undergraduate education, reimagining the general education experience by making it more coherent, developmental, and skills- and outcomes-driven, and reinventing pedagogy in ways that place active learning front and center. Many institutions have followed the advice of George Kuh, launching such “high-impact” practices as first-year seminars, learning communities, writing-intensive courses, undergraduate research experiences, and service learning opportunities.

However valuable, these innovations are insufficient if the classroom experience strikes many students as boring, irrelevant, unchallenging, and non-participatory. Learning has an affective dimension and, as commentators such as Derek Bok have noted, too many courses fail to set students’ “minds on fire.”

How, then, can faculty effectively combat disengagement and a lack of motivation? Mark Carnes’s answer is to tap the motivational power of play: Its intensity, its competitiveness, and its subversive elements. Immersive role-playing exercises, he argues, promotes the intellectual friction that can, in John Dewey’s words, “shock us out of sheep-like passivity” (quoted in Carnes, 132).

Carnes, a Barnard College historian, is an accomplished scholar of late-nineteenth and twentieth-century U.S. history, and the author of pioneering works in gender history and on the use of film and novels in the history classroom. To address the challenges posed by passive, silent, and disengaged students, he launched Reacting to the Past in 1995, in which he had students assume roles informed by classic texts and debate fundamental issues raised during pivotal historical episodes. Now used at over 350 institutions, including liberal arts colleges, honors programs, regional universities, and community colleges, Reacting classes are set in such contexts as the Athenian Assembly after the Peloponnesian War, the Council of Nicaea in 325 C.E., the Peel Commission in Mandate Palestine in 1937, and India on the Eve of Independence in 1945.

These immersive role-playing games depend on faculty’s willingness to discard the traditional professorial role, and allow their classroom to be student-run. Instructors must truly become guides on the side rather than sages on the stage, prodding students to cite specific texts and bolster arguments with facts, while refusing to intervene in the discussion itself. Faculty ultimately serve as umpires, grading students oral performances and evaluating students’ written work.

In Minds on Fire, Carnes offers qualitative and quantitative evidence to show that an immersive gamified approach to the curriculum not only significantly increases student engagement and motivation, but produces greater familiarity with landmark historical events and ideas, greater empathy for historical actors, and greater engagement with the skills that college mission statements advocate: critical thinking, close reading, moral reasoning, leadership skills, and analytic and argumentative speaking and writing.

What is striking about Carnes’s approach is that he is as interested in promoting students’ affective development, interpersonal skills, moral reasoning, and psychological maturation as he is in cultivating cognitive growth. To be sure, he views role playing games as a way to familiarize students with essential issues in ethics, philosophy, political theory, and theology, and to expand their mental universes, by exposing them to historically significant texts, individuals, and events. But his underlying goal is to cultivate those qualities of character and habits of mind that higher education too often eschews. The games encourage students to acquire empathy by imagining other selves, to forge a sense of community with teammates and other classmates, and to promote an imaginative understanding of the past.

Building on ideas advanced by the philosopher and social psychologist George Herbert Mead, he argues that students who assume multiple role identities develop a stronger sense of self and greater success in coping with disappointment. From the developmental psychologist Carol Dweck, he views role playing as a way to encourage students to think of the self as malleable rather than fixed – and, therefore, better appreciate their own capacity to grow and change. From the psychologist Mihalyi Csikszentmihali, he embraces educational gaming as a way to promote “flow,” that intense sense of concentration and engagement that most students only experience outside the classroom, in romance or a handful of extracurricular activities including sports.

Much of the resistance to Carnes’s gamified approach to teaching and learning strikes me as clearly wrong-headed. Group work, role playing exercises, and student-led classes need not lack rigor or defuse responsibility. Nor must the Reacting approach undercut the importance of coverage. Reacting focuses on specific historical episodes, but with a wide-angled lens, addressing fundamental humanistic issues, such as shifting conceptions of sovereignty or evolving notions of national identity.

The toughest criticisms of Reacting are ethical, and Carnes confronts these attacks head-on. He explores the questions of whether instructors have the right to force students, however shy, to speak publicly, or to thrust them to defend ideas contrary to their beliefs. He rejects the contention that educational gaming is gender-biased, privileging the masculine definition of play as inherently competitive. His responses are pragmatic: Rigorous external assessments indicate that gamification works for highly diverse subpopulations of students, including recent immigrants and students struggling with English language proficiency.

I hope that historians will carry away certain essential lessons from Carnes’s book: That students often learn more when instructors teach less; that classroom competitions can often instill a sense of community; that students better understand themselves when they assume the identity of historical actors; and that students’ moral reasoning strengthens most when they must wrestle with ethical dilemmas without a teacher’s intervention. Carnes’s most important message, however, is the one faculty find easiest to forget: That a college education is not about the instructor’s intelligence, insights, or eloquence; it should be about student learning.