Our Obsession with the Royals Goes Way Back

Susan Doran teaches at St Benet's Hall and is a Senior Research Fellow at Jesus College, Oxford. She has published numerous books on Tudor history, including “The Tudor Chronicles” (2008). Her work has included consultancies for the media, and she has edited catalogues for three major exhibitions in London. Her latest book, “Elizabeth I and Her Circle,” will be available from Oxford University Press in June 2015. 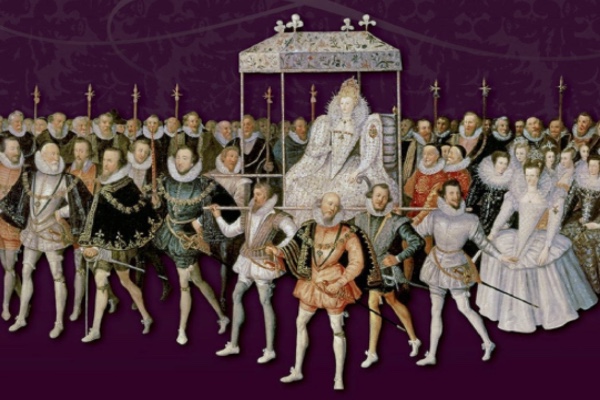 The British royal family has been a constant focus of public attention at home, in America, and indeed throughout the world. The births, marriages, and deaths of its members take place on the public stage, while reports about their private lives enthral readers of newspapers and magazines. The latest example has been the sight of journalists camping outside the hospital as the world awaited the arrival of Princess Charlotte Elizabeth Diana of Cambridge. But, it was always thus. Even when there were no journalists or paparazzi, monarchs were subjects of public interest, and many of them had no private lives at all. 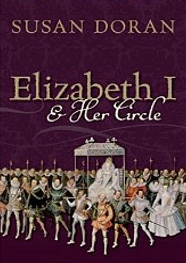 Queen Elizabeth I famously declared "we princes, I tell you, are set on stages, in the sight and view of all the world duly observed." She was right. For most of her life as queen, she was the centre of attention whether in the Presence Chamber of the court or while traveling on royal progress to different parts of her realm. Ambassadors relayed her conversations and conduct to foreign governments. Gossip spread from the court orally and by letter, detailing the queen’s moods, opinions, and relationships with the men whom she met and favored. Furthermore, Elizabeth was never alone: male grooms, female companions, and maids of honor were always present in her private apartments; in her bedchamber, she slept alongside a gentlewoman who acted as chaperone.

How did the queen manage all this public notice and lack of privacy? From the experiences of her early teens – during the reigns of her half siblings Edward VI and Mary I – Elizabeth learned that she needed to perform and dissemble in order to keep out of political trouble. It is true that she forgot the lesson soon after her accession when she failed to hide her strong feelings for Sir Robert Dudley. But the malicious gossip that followed did such harm to her reputation that she never again made the same mistake. Instead, she became the mistress of performance.

Like the present royals, Elizabeth wore spectacular outfits to project power and status on public occasions. Her dresses were made of the richest materials and finest embroidery; her jewelry was magnificent and often had a symbolic meaning, such as the pelican brooch that signified self-sacrifice. Her dressmakers were adept at detaching and pinning together the individual panels that made up her garments so that she never seemed to be wearing the same clothes twice.

When on the public stage, Elizabeth’s gestures and conduct were finely tuned to convey a particular impression: whether the smiles she bestowed on those she sought to charm, or the anger she displayed towards courtiers and councillors who had annoyed her. Her decision to walk out of her first Christmas Day service as queen when the bishop began to celebrate a mass by elevating the host was designed to convey to spectators that she intended to change her church from Roman Catholic to Protestant. It is possible that Elizabeth’s behavior was sometimes spontaneous, but it is really difficult to tell as there was usually a political motive to explain it. So, for example, she may well have been genuinely furious and distressed when her trusted councillors went behind her back to dispatch the signed death warrant that resulted in the execution of Mary Queen of Scots at Fotheringhay Castle in February 1587, but she also needed to display that anger in order to convince Mary’s son James VI of Scotland and other foreign monarchs that she was guiltless of the crime of killing a kinswoman and fellow monarch.

Since Elizabeth was never alone in her private apartments, she knew that she had to surround herself with loyal companions and servants who would not disclose their mistress’ secrets to outsiders. She, therefore, filled the positions in her Privy Chamber with members of her family (most often her Boleyn relatives) and the women who had served in her household during her years as a princess. They did not have to sign a secrecy clause, like today’s royal household servants, but they were expected to be discreet. As a result, Elizabeth could sometimes relax and let the mask slip. Even so, she was still subject to the public gaze, since these and other courtiers passed on what they observed about her frame of mind. Thanks to their gossip, historians know of the occasions when she suffered the pain of toothache, became distraught at the death of a loved one, or grew angry with a maid who was not carrying out her duties punctiliously. It is thanks to their reports that the human face of Elizabeth becomes visible.

Through news reports, it’s been known that the Duke and Duchess of Cambridge want to keep their privacy as much as possible and hope to limit their children’s exposure to the public glare so that they can lead reasonably normal lives. Sadly, this may be unrealistic. The media’s hunger for celebrity and glamor is insatiable. Rogue royal servants – such as the late Princess Diana’s ex-butler – can be tempted to sell details of their intimate lives, and ambitious photographers have already invaded their space. As it was with Elizabeth I, total privacy is impossible for a royal. Like her, they have constructed a popular public image, but to retain it they will have to be wary of how they live and behave away from the camera.