Britain, the European Union, and Why History Matters 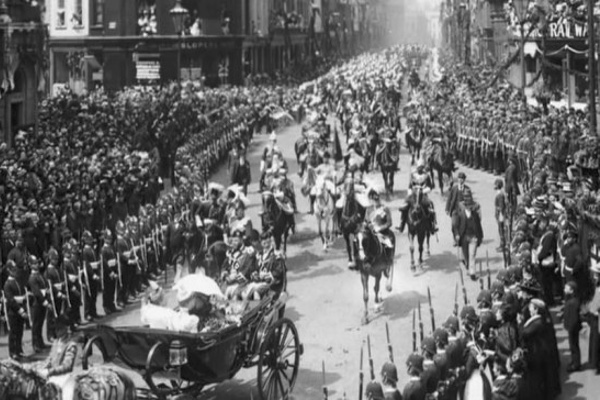 Almost as soon as the votes had been tallied in the May 7th 2015 British general election, a number of prominent historians began to take up positions over the looming referendum on membership of the European Union (EU). At stake are two visions of the British past. The first follows a familiar pattern, arguing that British constitutional and political developments form a continuous line of progress that distinguish the nation from its European neighbors. The second suggests that “our island story” can only be understood through discussion of how Britain is enmeshed in broader European historical patterns. Although this discussion may seem arcane, it does in fact present a powerful case for the continuing relevance of history, especially at a moment in which the humanities are under attack in both Britain and the United States.

Just prior to the general election, the Mediterranean historian David Abulfia formed a lobby group, Historians for Britain, to support efforts by the Conservative party to renegotiate Britain’s relationship with the EU. The organization encompasses a broad range of academic and popular historians, and argues that Britain “has always been a partner of Europe without being a full participant in it.” Of concern to Historians for Britain are the economic policies of the EU, its lack of democratic accountability, and the prospect for Britain of European integration and the current migration crisis in the Mediterranean. As Historians for Britain explain, the effect of these challenges is to weaken the “traditions and practices peculiar to our shores,” such as Common Law, parliamentary sovereignty, institutions, and the gradual expansion of democratic rights, all of which harken back to the 13th century and stand in contrast to the violent political upheavals witnessed on the Continent.

The claims of Historians for Britain for the uniqueness of British institutions have not gone unchallenged. Those writing for the blogspot Historians for History state that Historians for Britain transforms a Whiggish myth of the English past into a history for the nation as a whole. Neil Gregor writes in the Huffington Post UK that characterizing British history as one of largely peaceful constitutional and institutional change, ignores the dynastic conflicts of the War of the Roses, the fierce struggle for parliamentary sovereignty during the English Civil War and the 17th century, and the fight for political rights of the Industrial Revolution. A letter published by a collective of historians in History Today argues that teaching the cultural, economic, political, and social history of Britain without reference to interaction with Europe, particularly in regards to migration, the monarchy, and Christianity renders the past “not exceptional but undernourished.” Rebekah Higgit explains in the Guardian that British scientific advances of the 18th and the 19th centuries took place inside a network of letter writing, communication, and cooperation that paid little heed to political boundaries.

The democratic nature of this debate is a helpful reminder as to why history matters. If Britain does withdraw from the European Union, the cost for families and the national economy will be immense. As reported in the Guardian, The Centre for Economic Performance at the London School of Economics predicts the price of withdrawal from the EU to be between 2 and 9.5% of GDP. This is a figure equivalent to between $56bn and $280bn of British GDP in 2014. Fittingly then, historical discussion has not been relegated to somnolent conference talks. Rather, it has taken place in venues of public debate like the periodical History Today, the Guardian, the Times Higher Education Supplement, the Huffington Post UK, and broadcasters like the BBC, which anyone with an Internet connection can contribute to and access.

Discussions about British withdrawal from the EU should really be considered part of an ongoing debate about history and national identity. If nations are imagined communities, then history cannot simply be a science of the past. History is more important than that. It provides the stories, myths, and shared experiences around which a nation forms. According to the History Workshop Journal, the result of this battle for meaning is to create a practice subject to different forms of authority and processes of inclusion and exclusion.

If the British past is one of institutional change, what does it mean when these bodies still remain the province of a small privileged elite? Does this view of history ignore the experience of Britain as it was lived by most of the population? Linda Colley suggests in Britons, that Britishness formed as an idea only after the Act of Union of 1707 and only to manufacture support for the new nation. Growing literacy, the advent of newspapers, trade, anti-slavery campaigns, political cartoons, and war with France meant that national identity often took on forms unexpected to those advancing the idea. If the British past is one of gradually unfolding freedom connected to supposed national characteristics, how do the large numbers of migrants who have flocked to the British Isles over the centuries – Flemish merchants, Italian bankers, French Huguenots, Jews, and those from former colonial territories to give just a few examples – fit into this story? And what of empire? Imperial historians argue that the popular imagination of modern Britain was ineluctably transformed by the experience of empire in the 19th and 20th centuries, especially in regards to political rights, gender, class, race, and cultural propriety.

History matters. Debates about the British past should not just include struggles for institutional change and political rights or even a more nuanced discussion of Britain’s relationship with Europe. They should work as part of a larger conversation that considers the ways in British identity has been defined by its relationship with the rest of the world.