What Historians Are Saying About the First Trump-Clinton Debate 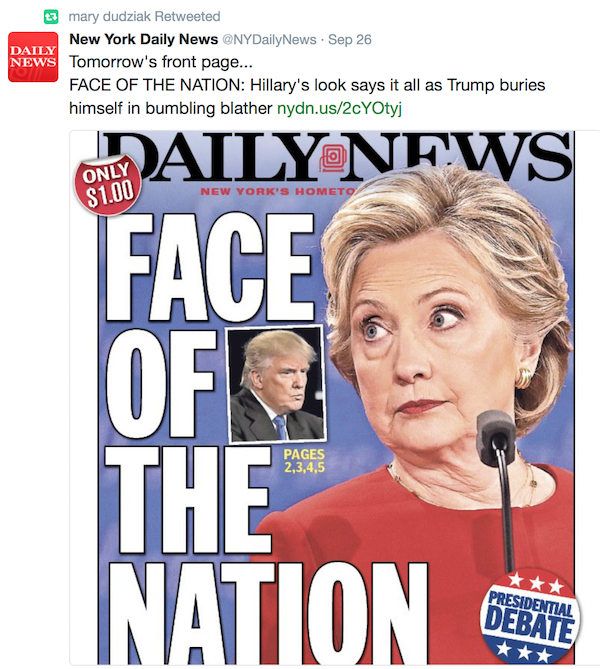 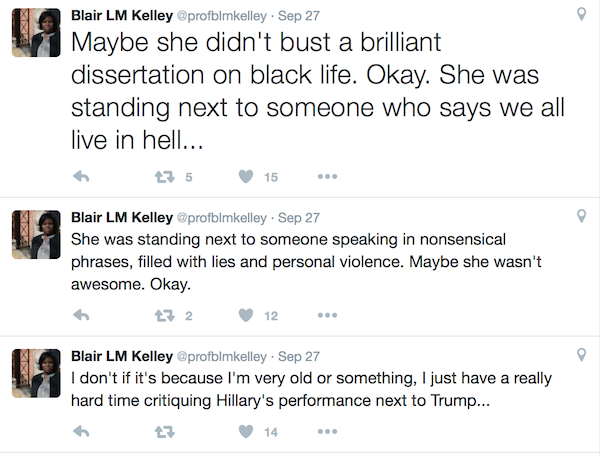 There was no debate as the word is usually understood, where the two take turns setting out policy positions. A debate on policy would have involved staking out positions on what to do about Syria, or about ISIL in Iraq. Sec. Clinton did occasionally attempt to mention a policy (apparently the Kurds are somehow central to her plans) but was promptly interrupted by a hectoring Trump attempting to bring back the viewers to the character he was scripting.

He interrupted her 26 times in 25 minutes. For the first 20 minutes moderator Lester Holt, a Republican, was AWOL. He let Trump repeatedly cut Clinton off, badger her, and even take over Holt’s putative role, of asking her questions. If there is one rule of debates, it is that one debater is not allowed to ask the other the questions.

Two of the most important qualities any president can have are the willingness to study hard to get up to speed on important but difficult issues, and the ability to stay calm and make sensible decisions under crushing pressure. John F. Kennedy showed both qualities during the Cuban Missile Crisis, often see as the exemplar of presidential crisis management. So did Franklin Roosevelt after Pearl Harbor, George W. Bush after 9/11, and Barack Obama after the financial meltdown of 2008-2009.

If the first presidential debate between Donald Trump and Hillary Clinton revealed anything, it is that she has passed the presidential test — and he hasn’t. Clinton was calm and in command. With a smile on her face, she made the case against Trump on all the hot-button issues — his refusal to reveal his taxes, his advocacy of birtherism, his racism, his sexism, and many others. She showed mastery of her brief.

And Trump? He looked flustered and exasperated. He sniffed. He sighed. He rolled his eyes. He even sneered. He interrupted her 51 times. If voters didn’t like Al Gore’s performance in the 2000 debate — the one where he evinced his contempt for Bush with his constant sighing — they will hate the way Trump acted on Monday night.

Clinton's greatest advantage remains the dynamics of the Electoral College and the continued doubts about his capacity to be president. It is very hard for a single debate to change the game. And it is unclear that this debate had the kind of dramatic moment that will fundamentally reshape public opinion -- overwhelming all of the other factors that have caused her lead to shrink. The most unfavorable moments for Trump are not worse than anything he's done before -- and those moments have not undercut his campaign thus far. 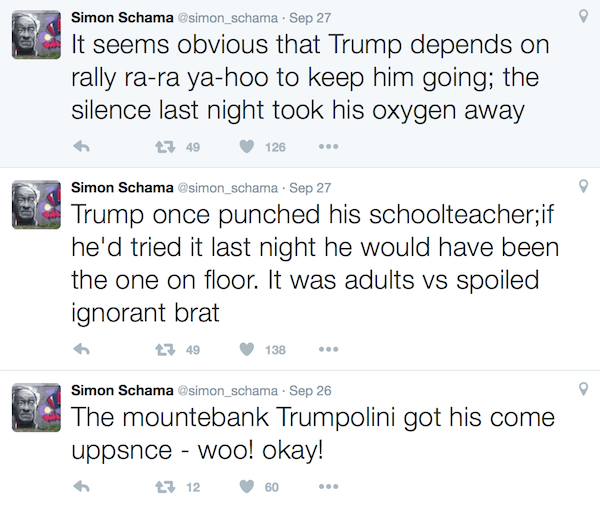 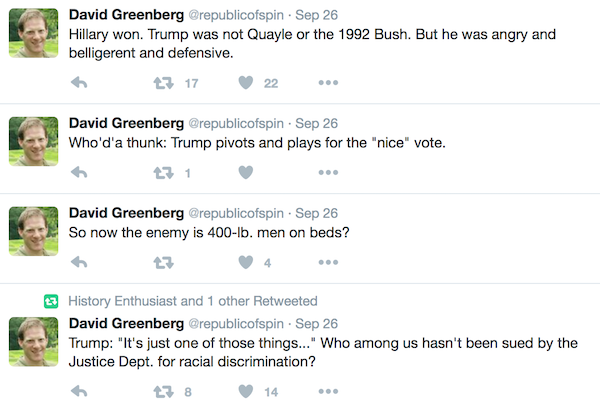