What Would a President Hillary Clinton Do to Help Democracy in Latin America?

Brian D'Haeseleer teaches US History at Lyon College in Arkansas. 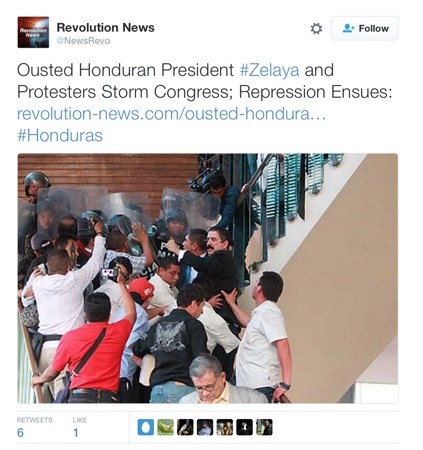 This presidential election’s foreign policy issues have largely focused on the threat of terrorism and Russia. While Donald Trump’s foreign policy agenda is odious—if he even has a coherent one is another question—that should not prevent the electorate from asking difficult questions about Hillary Clinton’s foreign policy. Yet, very few people have considered: How would Hillary Clinton conduct foreign policy in the Americas? Her recent endorsements from neo-conservatives such as Robert Kagan and courting of Henry Kissinger portend a troubling agenda. Both individuals have exhibited little to any concern for human rights abroad and supported covert means to destabilize governments which posed no security threat to the United States (Chile and Nicaragua). Clinton’s vice presidential candidate, Tim Kaine, however, presents a stark contrast. Kaine served with Jesuit missionaries in Honduras where he pursued social justice for poor Hondurans. During the Cold War Washington (especially under the Reagan administration) viewed such efforts with suspicion if not outright contempt.

Clinton’s record in Honduras as Secretary of State could potentially serve as an instructive guide for her policy toward the Americas. In June 2009, the democratically elected Honduran president, Manuel Zelaya, was overthrown and unceremoniously whisked away in his pajamas by the country’s military. As Secretary of State, Clinton initially denied that the episode constituted a coup. The ambassador to Honduras disagreed, characterizing it as an “illegal and unconstitutional coup.” Had Clinton acknowledged a military coup had occurred Washington would have been forced to suspend aid to Honduras. Instead U.S. policy focused on restoring order and ensuring that “…free and fair elections could be held quickly and legitimately, which would render the question of Zelaya moot.” So much for the democratic process.

Rather than promoting the rule of law and democratic governance in Honduras, Clinton appears to have preferred maintaining the status quo. Under Clinton the US Agency for International Development launched a new initiative, “Honduras Coexists,” as part of an effort to reduce violent crime and combat drug trafficking. The program’s main contribution, however, was to strengthen and institutionalize Zelaya’s replacement, Porfirio Lobo. Some of the funds were also funneled to Honduran paramilitary forces, which have been implicated in numerous high-profile murders.

Violence under current Honduran president Juan Orlando Hernández, especially against unions and government critics has skyrocketed. The body count includes Berta Cáceres, an environmental activist and fierce critic of the government (and Hillary Clinton’s role in the coup) whose murder was part of a calculated political statement. The culprits are generally assumed to belong to government sanctioned death squads and military forces supported by Washington.

Under Clinton Washington might very well pursue the same stale and counterproductive measures that have prioritized the military component of the war against poverty and gangs. This should not come as a surprise given Clinton’s foreign policy track record and recent endorsements. The emphasis on military solutions to the region’s ills have done little to impede the displacement or violence that has engulfed the region. If anything, Central America gangs have only grown stronger. Perhaps Clinton could learn something from her vice-presidential candidate.