Nick Lloyd is a Reader in Military & Imperial History at King's College London and the author of Passchendaele: The Lost Victory of World War I. 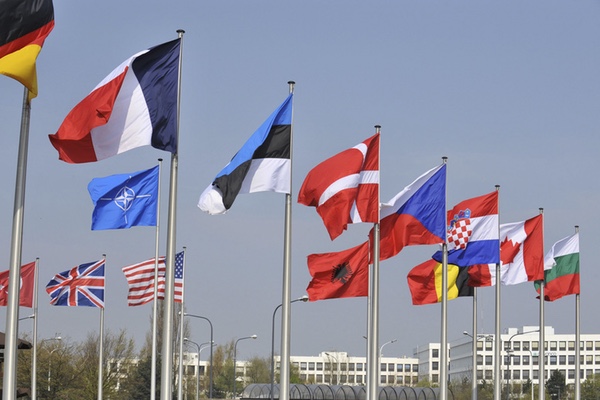 President Donald Trump’s oft-reported criticisms of NATO and his concern that the European members of the alliance are not contributing enough has sparked growing concern across the Atlantic for the future of western military cooperation. NATO, which has been the bedrock of western strategy since the opening phases of the Cold War, now looks increasingly besieged and strategically confused. Notwithstanding some recent reassurances from the White House on the enduring importance of allied cooperation, the outlook is unlikely to improve radically in the near future, given the profound differences of opinion between the Trump administration and European leaders over a host of issues, including migration, terrorism, Russia, and Turkey. 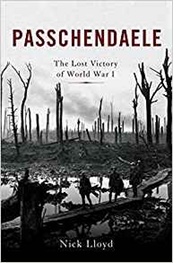 The challenges of alliance cohesion, burden sharing, and strategic outlook are not new. One hundred years ago, the western allies in World War 1 – Britain, France, Italy, Belgium and their respective empires, alongside the United States – faced the real prospect of defeat to the Central Powers of Germany, Austro-Hungary and the Ottoman Empire. By the end of 1916, heavy fighting on the Western Front had not produced victory, only scores of casualties, and a growing frustration at how long such an enormous war effort could be sustained. Germany’s declaration of unrestricted submarine warfare in January 1917 only added to these concerns and brought up the prospect that Britain, the lynchpin of the alliance, could be starved or blockaded out of the war.

What then were the allies to do? At a major meeting of allied commanders in December 1916, the French had agreed to mount a major attack in April 1917, preceded by preliminary attacks at Arras led by the British Expeditionary Force. Once German units had been engaged, the major blow, along the Chemin des Dames, would usher in the final defeat of the German Army. Yet the French attack (what was known as the Nivelle Offensive) met with disaster and within days of its commencement, French troops had encountered fierce resistance and failed to make significant ground. After suffering heavy losses, French Army morale began to crumble; some divisions refused orders and others slipped into mutiny and defeatism.

Allied strategy increasingly began to diverge as the extent of the disaster became apparent. Field Marshal Sir Douglas Haig, Commander-in-Chief of the British Expeditionary Force, had never been the warmest supporter of the spring offensive (he had only been dragooned into it after repeated threats by the British Prime Minister, David Lloyd George) and now took his chance. He believed that the Allies needed a clear-cut victory more than ever and wanted to free the Belgian coast from German occupation and to deliver a mortal blow to the German war effort.

While Haig was correct to identify Flanders as vital ground, the decision to mount a major offensive in the late summer of 1917 was not universally supported and brought to a head growing differences in the alliance over strategy. The new French commander, Philippe Pétain, was lukewarm, warning Haig that success was unlikely and that, in any case, the French Army was fragile and could not be committed to major offensive operations in the near future. “We must wait for the tanks and the Americans,” he said – hoping that the US declaration of war on Germany (which was announced on April 6, 1917) would swiftly result in significant US combat forces on the Western Front. But Haig ignored Petain’s warnings.

Haig viewed the situation quite clearly. For him, however difficult things became for the allies, it merely underscored the need for a decisive military victory in France and Belgium. Pétain, who took a more pessimistic view, saw an urgent need to rest, recuperate and re-fight the war in 1918 when – it was assumed – American strength would be the deciding factor. But there was no unified Allied command; no singular voice of strategic advice for the governments of Europe and America; no Generalissimo. The result was the Third Battle of Ypres, when Haig’s forces became bogged down (quite literally) in one of the most murderous and awful struggles of the twentieth century.

The story of Passchendaele was not all mud and blood. To be fair to Haig’s forces, they fought the battle with a great deal of courage and most notably in September and October 1917, increasingly effective ‘bite and hold’ operations that proved devastating to German morale. Yet no decisive victory followed, leaving the Allies at a strategic dead end, weakened by infighting and basic disagreements over strategy. With the collapse of the Eastern Front and the likelihood that revolution in Russia would allow the Central Powers to redeploy significant amounts of combat power to the West, having a clear and unified allied plan was more important than ever.

Ultimately 1917 marked the most difficult year of the war for the western allies, where they came close to the limits of their endurance. The US declaration of war was the only highpoint from a series of major setbacks and strategic reverses that threatened to bring the war to a disastrous conclusion. While victory may never have been achievable at this time, there seems little doubt that Allied confusion over strategy, with the British and French fighting their own wars, contributed to the failure to concentrate force and make the most of their combined military power.

This was especially evident at Third Ypres. Beforehand David Lloyd George, had warned Haig about facing the might of the German Army with what was essentially a single army group and sustaining heavy losses without result. While he should have done more to stop the offensive, or at least guide it more effectively, he was correct in warning of the consequences of discrete and unsupported activity that was not part of a major combined effort. To his credit, he spent most of the year trying to work on proposals for better coordination, but it was not until the spring of 1918, and under the imminent threat of an allied collapse, that unified command was eventually achieved with the appointment of Ferdinand Foch as Allied Generalissimo.

Third Ypres is a warning to history of what happens when coalitions stop speaking to one another and the members “do their own thing.” Donald Trump would be advised to remember it.