Zimbabwe: Of Course, It’s a Coup

Munya B. Munochiveyi is an associate professor of history at the College of the Holy Cross, in Worcester, Mass. 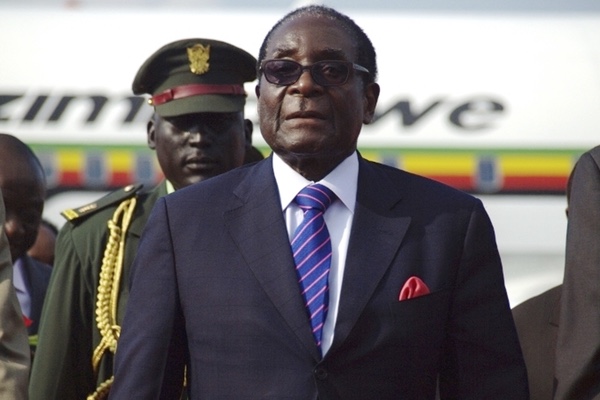 In many ways, we are at the end of an era for both President Mugabe, who has led the young nation for the past 37 years, and for Zimbabwe as well. It is also the dawn of a new era, albeit being shepherded by the old guard in the military.

Many Zimbabweans on Monday anxiously listened to one of the most powerful voices in the Zimbabwean military, General Constantine Chiwenga, the Commander of the Zimbabwe Defence Forces (ZDF). In the blistering 15-minute press conference in which General Chiwenga took no questions, it was clear that the strongest voices in the Zimbabwean military were now open to challenging Mugabe’s grip on political power. All this began in the wake of Mugabe’s latest expulsion of his Vice President last week, Emmerson Mnangagwa. Barely three years ago, Mugabe had expelled another of his Vice Presidents, Joice Mujuru.

Indeed, these high-level expulsions had one thing in common: Grace Mugabe. Grace, who is Mugabe’s second wife, rose meteorically within Mugabe’s ruling ZANU-PF party in the past decade or so, clearing trying to protect herself in the aftermath of Mugabe’s eventual demise. She angled herself to lead powerful organs of the ruling party such as the Women’s League, which recently argued that ZANU-PF must elect a female Vice President. With the latest expulsion of Mnangagwa, Grace was clearly calculating to succeed her nonagenarian husband by becoming the next VP.

But in all this political intrigue, Grace and her followers in ZANU-PF had not contended with the real center of political power in Zimbabwe, which is the military brass. General Chiwenga’s angrily declared in his Monday speech that “The current purging (in ZANU-PF), of which is clearly targeting members of the party with a liberation background, must stop forthwith.”

When General Chiwenga made his statement on Monday, he was flanked by his peers from other branches of the army, meaning that whatever Chiwenga came to say represented a consensus among the Zimbabwean military brass. This military wing clearly imagined that VP Mnangagwa, with his liberation war status, was going to succeed Mugabe and fully guarantee the military and economic privileges they have amassed for the past three decades. They saw Mujuru being purged, but were placated when Mnangagwa became the next VP. Now Mnangagwa had been axed by Mugabe, and this military brass felt seriously exposed.

With this cocktail of political intrigue, General Chiwenga declared on that Monday: “We must remind those behind the current treacherous shenanigans that when it comes to matters of protecting or revolution the military will not hesitate to step in.” Indeed, in the wee hours of November 15, 2017, the Zimbabwean military made their move. An apparently bloodless coup was executed with military efficiency, first by occupying Zimbabwe’s national television broadcaster, ZBC, and proceeding to detain Mugabe’s closest lieutenants. By early morning, an army man in military fatigues was appearing on Zimbabwe’s national TV, assuring the nation that the army is in control and that Mugabe is safe but detained. Later in the day, South Africa’s President Jacob Zuma also confirmed to have spoken with the detained Mugabe at his home via telephone.

At this point, the military generals in charge have insisted that this is not a “coup,” but a necessary step towards restoring political order after the unceremonious dismissal of the VP. Of course, this is a lie. It is a coup, though bloodless—so far. Mugabe is effectively neutralized and the army is seeking a way to craft a transitional authority in the aftermath of Mugabe’s demise. Those detained by the army are mostly Mugabe’s closest allies, some of whom are actually Mugabe’s relatives. The fate of Grace is unknown at this point, but she and her husband are effectively out of power. It seems likely that the former VP Mnangagwa will be parachuted into power in the interim, the man that the army seems to prefer as Mugabe’s successor.

At this critical juncture, it is important for the military to rely on the two existing branches of the Zimbabwe government—the judiciary and legislative branches—to ensure a smooth transition from the Mugabe era. The executive branch is effectively dead. In accordance with the ethos of the regional body in southern Africa, SADC, and the continental body, the African Union, the army must seek a swift return to civilian rule with the help of the judiciary and the legislative branches in order to craft a new democratic dispensation with free-and-fair elections.