Democracy in Latin America Is Once Again Under Threat, but that’s Not the Whole Story

Hilda Sabato is a historian at the University of Buenos Aires (Argentina). Her latest book is Republics of the New World. The Revolutionary Political Experiment in 19th Century Latin America (Princeton University Press, 2018) 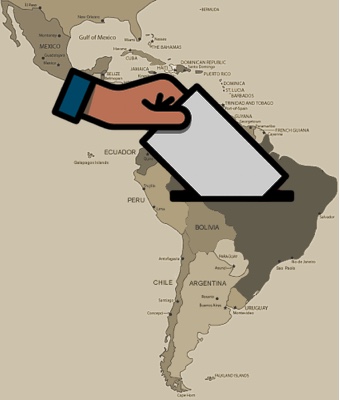 Latin American politics seldom features in the main media worldwide, and when it does, the dominant images usually confirm a well-established view: once and again, democracy has failed to take root in most of the countries of the region. Military coups and dictatorships – so frequent in the past – no longer prevail, but stories about corruption and the breakdown in the rule of law make headlines frequently. Venezuela is an extreme case in point. Today, it reads like a horror story, with an authoritarian government trampling over the institutions of the republic, displaying force to shatter civil liberties, persecuting political opponents, and driving most of the population into desperation, poverty, and exile. 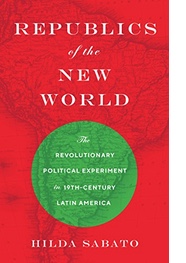 So it may come as a surprise to find out that Latin America was among the very first areas of the modern world to endorse republican forms of government based on the democratic principle of popular sovereignty. By the 1820s, after three centuries under imperial rule, the former Spanish dominions in the Americas had shaken off their colonial bonds and founded independent republics. This experience was rare, as other political systems prevailed at the time around the globe. With the sole exception of republican United States, the large nations of the Western world had endorsed monarchy–either in its absolutist traditional shape or as modern constitutional regimes.

Spanish America went the way of the new, and had to face the many challenges posed by the adoption of self-government. Modern republics usually proved unstable. In France, for example, the first two republican experiences failed and other regimes were in power until the 1870s. In Spain and Italy, despite several attempts in that direction, the republic never really took hold during the nineteenth century. The United States was an exception to this pattern, but it took sustained political ability and institutional innovation to steer the system in a relatively steady trajectory. In the case of the Spanish American nations, during decades of trial and error, their political life was characteristically unstable, yet they chose to remain on the republican track for good.

This choice meant that, from the very beginning, the people played a decisive role in the political life of each nation. Republican values favored participation in public life through elections, the institutions of public opinion, and other regular means of action. A relatively wide definition of male citizenship opened the way to the inclusion of men from different walks-of-life into the public realm. This was not, however, a strictly democratic system, as despite formal equalities, political organization favored hierarchical patterns with strong leadership that ruled over the rank-and-file. Sustained rivalries among those at the top who mobilized their followers in order to win fueled a highly volatile political life, which did not exclude the use of violent means of action.

This dynamic was not out of tune with long-established republican traditions, but it got in the way of stability and order. By the end of the century, as a result of increasing criticism toward the established system, the Spanish American nations entered into a period of reform meant to tame politics and curb uncertainty. This was not, however, an easy path, as the age was ripe with challenges stemming not only from past regimes, but more from new social forces that demanded full-fledged democracy. The stories of these republics started to diverge, as each one of them faced the common predicament in a different way.

The shift from the republican patterns that prevailed since independence to the new era of mass politics swept the whole region, and much of what happened in the following century may be traced back to that critical period. There is, however, no clear-cut continuity between those nineteenth-century patterns and the current trends of Latin American politics. At the same time, only by exploring the age of the republic can we grasp how and why each country followed afterwards a different path, from the more stable trajectory of Chile, to the ups-and-downs of Argentine democracy, to the Mexican peculiar institutional order developed after the long and bloody revolution of the 1910s, and so forth. In the current global crisis of democratic institutions, moreover, the historical experience of these Latin American pioneer republics may help to reveal some of the long-standing overall dilemmas of self-government.