What’s Wrong with “Chappaquiddick,” the Movie

Mel Ayton is the author of two books on presidential protection – Hunting The President – Threats, Plots and assassination Attempts – from FDR to Obama (Regnery, 2014) and Plotting To Kill The President – Assassination Attempts – From Washington To Hoover (University of Nebraska Press/ Potomac books, 2017).A new paperback edition of his book The Forgotten Terrorist – Sirhan Sirhan and the Assassination of Robert F Kennedy, with a Foreword by Professor Alan Dershowitz, will be published in 2018.

Amongst the many inferences in the new movie about the 1969 Chappaquiddick tragedy are the following. Most writers who have researched the incident believe they are either true or partially true:

Kennedy had been drinking alcohol on the night of the accident and had been a reckless driver responsible for the death of Mary Jo Kopechne when he drove his car off a bridge on the island of Chappaquiddick.

Kennedy tried to cover-up his recklessness and attempted to escape blame by pretending he was at his hotel in Edgartown, on Martha’s Vineyard, at the time of the accident.

Kennedy had asked his companions, Paul Markham and Joe Gargan, to take the blame.

However, the damning theme of the movie involves the notion that Kennedy had allowed a girl to suffocate in an air bubble in the car because he failed to seek help from the emergency services. 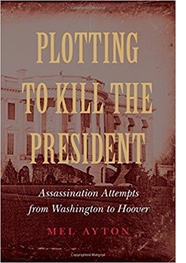 Scuba diver John Farrar, who recovered Mary Jo Kopechne’s body from the partially submerged vehicle, maintained that it was likely an air pocket had allowed her to survive for a period of time after the accident. He believed Mary Jo had died, not from drowning, but asphyxiation. Farrar commented on the small amount of water which had been expelled from Mary Jo (although he never considered the possibility that water was expelled during the body’s extrication from the vehicle). Farrar also maintained the buoyancy of Mary Jo’s body indicated she had not drowned.

Farrar described Mary Jo’s hands as “claw–like,” gripping the bottom of the well of the rear of the upturned car. He said that she had been frantically attempting to seek the last pocket of air in the vehicle before she succumbed and that she could have been alive for “at least an hour” after the accident. He said Mary Jo could have been rescued had Kennedy made an emergency telephone call after driving off the wooden bridge.

Dr.Donald Mills, who examined the body at the scene, pronounced death by drowning. (He added that a light pinkish foam exuding from Mary Jo’s nose also indicated a classic case of drowning because the foam is produced from a resulting pulmonary edema.) However, Farrar’s conclusions that she died by asphyxiation appeared to be confirmed when the undertaker, Eugene Frieh, who observed Mills’s examination of Mary Jo’s body closely, said he did not see any great outpouring of water from the body and the water he did see appeared to come from the deceased’s stomach. Frieh later asked Dr Mills to change the cause of death from drowning to “asphyxia.”

However, it is clear that Farrar’s understanding of death by drowning is misleading. In a significant percentage of drowning – between 10% and 20% – a reflex action restricts the larynx and prevents much water from entering the lungs. In most of these victims the laryngospasm relaxes some time after unconsciousness and water can enter the lungs causing a wet drowning. A small number of victims maintain the seal until cardiac arrest. This is called a dry drowning. Therefore Frieh and Farrar were unaware that a limited amount of water in the lungs could still be consistent with drowning.

Farrar also said Mary Jo had “positive buoyancy” when she was removed from the car. He believed this proved she died by suffocation rather than drowning. This conviction has been repeated by most writers on the subject. As Farrar maintained, “If it didn’t sink, it didn’t drown.”

This assertion is a myth. Farrar’s theory of buoyancy may be consistent with a drowning in a lake or river but it is not necessarily true when it comes to saltwater. The specific gravity of a human being is close to the gravity of sea water. A dead body will float in salt water if the lungs are mostly full of air at the time of death, as in the case of a dry drowning. Additionally, the bodies of women are more likely to float than men in such cases as women’s bodies have less fat, less muscle and lighter bones.

The opinions of most medical experts who have researched this case are that Mary Jo died of drowning. As Werner Spitz, who was Director of the State of Maryland Medical Examiner and worked closely with the Kopechne family, stated, “There is no question in my mind she inhaled water.”

There are additional reasons why Farrar’s theory should be rejected. Kennedy’s friends Paul Markham and Joseph Gargan, who had been enlisted by Kennedy to rescue Mary Jo in the hour or so after the accident, did not observe any movement inside the car when they dove repeatedly in the dark and murky waters to extricate her. If she had still been alive it is reasonable to assume she would have assisted her rescuers. During Markham’s and Gargan’s attempts to rescue her she made no sound, no thrashing movements in the water and no attempts to make bodily contact with her rescuers.

Criticisms of Kennedy’s behaviour after the accident should also consider the senator’s mental state. According to Dr Max Sadove of the University of Illinois Medical School, an expert on the effects of shock: “No one knows what his own breaking point is. It is different at different times for different people.” Dr Robert Watt, trauma specialist at Cape Cod Medical Centre, examined Kennedy and reported that the Senator had suffered: “a half-inch abrasion and haematoma over the right mastoid, a contusion of the vertex, spasm of the posterior cervical musculature, tenderness of the lumber area, a big spongy swelling at the top of his head.”

According to Gargan, Kennedy, on the way to the ferry, was rambling and verbalizing irrational thoughts, which were consistent with someone suffering from shock. Kennedy’s behavior was not unusual for a person who had experienced a tragedy. Shock causes people to disassociate themselves, temporarily, from threatening circumstances.

Despite the many accusations over the years that Kennedy had always lied about what happened on the night of July 18, 1969, a telling story by Joe Kennedy’s nurse, Rita Dallas, may give insight into the stark and simple fact that Kennedy had been telling what he believed to be the truth all along. On Saturday July 19, after Kennedy returned to Hyannisport from Martha’s Vineyard, he told his father the news. Dallas reported that Kennedy said: “Dad, a girl was drowned. I stopped by at a party Joe was having for some of our girls from the office. One of them wanted to catch the ferry and get back to the motel on South Beach. I said I’d take her but I turned off the road and my car went off the bridge into the tidal pond. I got out, Dad, and I tried to save her but I couldn’t. I guess, after that, I went to pieces. I walked back to Joe’s and then we drove back to the bridge. He tried to get her out, too, but he couldn’t. I must have gone a little crazy, Dad, because I swam across to Edgartown. I left the scene of the accident, and things aren’t good because of that.... But I want you to know that I’m telling the truth.”

Edward’s father, Joe Kennedy, was confined to a wheelchair after having suffered a severe stroke in 1961. He did not have the power of speech. However, according to family members, he was mentally astute. It is inconceivable that Edward, who loved his father dearly, would lie to him in the knowledge that his father’s health was failing and could succumb to death at any time.