Protesting with her Feet: The World’s Fastest Middle-Distance Woman versus Sports Governing Bodies

Jeffrey R. Kerr-Ritchie is a Professor and Director of Graduate Studies in the Department of History at Howard University. 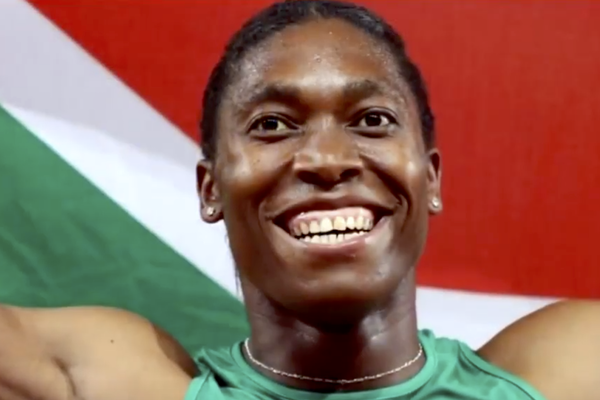 Last Friday, May 3rd, South African female middle distance runner Caster Semenya won the 800m at the Diamond League competition held in Doha, Qatar. Her thirtieth straight win in the 800m came only forty-eight hours after the Court of Arbitration for Sport (CAS) – a quasi-judicial body headquartered in Switzerland - rejected her appeal of unfair discrimination by the International Association of Athletics Federation (IAAF). The IAAF had ruled that female runners with elevated testosterone levels be required to take blockers in order to compete in races between 400m and the mile. These new rules tookeffect this Wednesday, May 8th. While acknowledging that the ruling discriminated against female athletes with naturally elevated levels of the growth hormone, the CAS thought it necessary to ensure “fairness” and the creation of a level playing field so that females with normal testosterone levels would not be competitively disadvantaged.

Some senior athletic officials are gratified at this legal vindication of their position. IAAF president Lord Sebastian Coe - British former 1500m and 800m Olympic medalist whose unforgettable middle distance running contrasts with his soporific performance as Conservative parliamentarian - embraced the ruling. It was “straightforward,” he said, confirming the governing body’s traditional gender categorization between men and women athletes. In contrast, Semenya’s lawyer Patrick Bracher argued that the ruling was unfair because the law’s consequences remain unclear and the rule maker is also deciding on how the law plays out.  because it is being played out without knowing how it is going to play out and you cannot have the “same person” making the law being the same person implementing the law.

This controversy stretches back over a decade. In 2012, Dutee Chand – the daughter of weavers born in Odisha, India – triumphed in the 100m for under-eighteens. In 2014, she medaled at the Asian Junior Athletics Championships. Despite the success of this wonder teenager, she was dropped from the Indian team because of concern that possible hyperandrogenism flouted the rules of sports governing bodies against natural hormonal growth favoring female athletes over other female athletes. After appealing her case, the IAAF policy on natural hormonal growth among female athletes was suspended. After returning to the track, Chand made it to the women’s 100m finals at the 2016 Rio Olympic games, although she did not progress to the medal rounds.

Dutee Chand’s fellow athlete from the Global South has faced a similar arduous battle with sports governing bodies. Born in Ga-maserhlong, South Africa, in 1991, and educated at the University of Pretoria, Caster Semenya exploded on the world athletics scene at the 2009 World Championships in Berlin where she won the 800m while eighteen years old. Since then, she has gold medaled at the 2011 and 2017 World Championships, the 2012 and 2016 Olympic Games, the 2015 African Games, and the 2018 Commonwealth Games. During a decade of remarkable track success, Semenya has been under investigation by the IAAF as well as the frequent target of hostile media commentary.

Much of this negativity stems from an ignorance of her physical condition known as hyperadrogenism. It is a physical condition in which the body produces increased levels of testosterone. This constant production can increase endurance as well as muscle mass. Some 5-10 percent of women are reputedly affected by natural hormonal growth. But the jury remains out on the impact of natural hormonal growth on improved athletic performance. It is not at all clear that Caster Semanya’s performance is the consequence of her hyperandrogenism. Her advantage could derive from other factors such as intense training, total commitment, and superior coaching rather than biological difference. It is these latter factors, for instance, that Duree Chand cites as explanations for her athletic prowess.

The argument for regulation is clear according to Lord Coe. But the issue is obviously more complex. The CAS ruling was by majority and not unanimous. Some members are clearly uncomfortable with the decision. Moreover, medical science remains unclear on the precise nature of the impact that raised levels of testosterone have on athletic performance. It is clear that steroids do enhance athletic performance. But supplements are very different from the natural process in which the body produces hormonal growth rather than transforms from external drug usage.

Another argument in support of this ruling is that Semenya is a great athlete and that after taking the testosterone blocker she will have an opportunity to prove how great she is by continuing to be a world-class athlete. This argument, however, overlooks the vital point that she should not be obligated to modify her natural body since her condition is not drug-induced but natural. Indeed, it is not up to her to prove her doubters wrong, but rather for her doubters to arrive at a more sensible, fairer, and judicious way of treating her and other athletes with natural hormonal growth. It is the responsibility of the IAAF to draw on real science to distinguish between those who take performance-enhancing drugs and those whose physiologies produce hormonal growth naturally through no fault of their own.

The CAS decision that she can compete but only if she lowers her growth hormone levels is also an attack on the middle-distance runner’s self-dignity as well as her human rights. Semenya has the right to earn a living at something she obviously excels at without being regulated by an official body that wants to deny her the right to earn her living and as well as be who she wants to be. The irony is that the IAAF wants to regulate the human body when sport is supposed to test the body’s natural abilities. Indeed, this gifted sporting woman has played by the rules up until this point only to be told that she can no longer do so.

There is an important ethical component to this argument against the IAAF’s ruling and its upholding by CAS. The ruling is asking an athlete at the top of her game to no longer be at the top of her game. Caster Semanya has been tremendously successful for over a decade. She is earning a good living, is contented, and has a powerful impact on young girls and women around the world.

What this ruling does is to effectively deny her the right to earn her living as well as the right to pursue her happiness in what she loves to do.

One English pundit claimed the ruling “protect[ed] the integrity of the sport.” The gatekeepers of the CAS share traditional notions of competition, fairness, sexual classifications, hormonal balances, and so forth that are now being challenged in a number of important ways. Science tells us that a small but important number of women retain enhanced levels of testosterone naturally. This challenges traditional hormonal definitions of male and female. Fairness remains an important ideal in the athletic arena, but so does the fight against discrimination against individuals. Semenya – much like Chand - is discriminated against in this ruling.

There are several preferable alternatives to this misguided ruling and the attitudes upon which it is based. First, growth hormone athletes should not be required to take drug-reducers in order to change their natural bodies. The May 8th ruling should be withdrawn immediately. Second, we should figure out the science first before we assume a direct correlation between natural hormonal growth (not drug enhancement) and improved performance. Third, we should start the rules at the beginning not the middle of world-class athletes’ careers. Fourth, diversify these regulatory bodies to reflect modern changes in sporting competition, physiology, gender, sexuality, and global origin. Finally, sports governing bodies should proclaim the abilities of Chand, Semanya, and other women athletes for their natural abilities rather than bewail and prosecute them for their natural advantages.

Caster Semenya is an inspiration to young female athletes around the world. She follows in the history-making footsteps of thousands who protested injustice: fugitive slaves who voted with their feet by escaping Southern US slavery; Civil Rights Catholic protesters who marched against Unionist persecution in Northern Ireland; and, fellow South Africans whose long walk to freedom overthrew racist apartheid. She should attract the attention and admiration of all of us who feel compelled to shout out whenever acts of discrimination are being legislated in the name of so-called fair play. Long live Caster’s protesting feet.