Fictional History, Patriotism, and the Fight for Scottish Independence

LuAnn McCracken Fletcher is Professor of English at Cedar Crest College, where she teaches courses in British literature, among other subjects. She has recently edited a collection of essays, Literary Tourism and the British Isles: History, Imagination, and the Politics of Place (Lexington Books, 2019), which explores literary tourism’s role in shaping how locations in the British-Irish Isles have been seen, historicized, and valued. 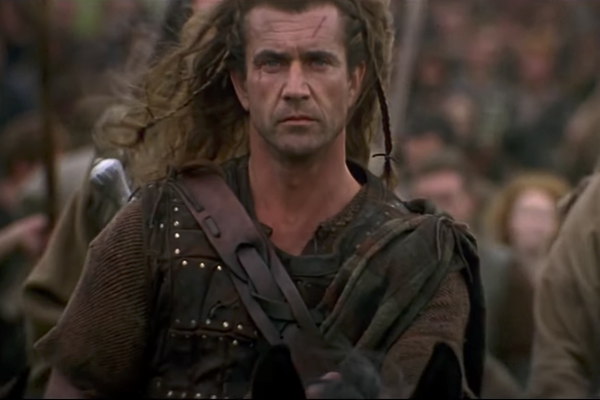 A screenshot from Braveheart (1995)

Premiering at the 2019 Edinburgh International Film Festival in advance of its general release on June 28, 2019, Robert the Bruce, directed by Richard Gray, will “boost support for Scottish independence,” if actor and independence activist Angus Macfadyen has his way. Macfadyen revisits his role as the titular Scottish leader, a role he first played in Braveheart (1995). That film, he believes, “led to a surge in Scottish nationalist confidence.” Coincidentally, within a few days of the premier of Robert the Bruce in Scotland, former UK prime minister Gordon Brown warned that “the unity of the United Kingdom has never been at greater risk,” due to the “hijacking of patriotism” by Conservative Party leaders and Brexit bulldogs Boris Johnson and Nigel Farage, and by the Scottish National party’s embrace of “a more extreme nationalism.”

To many, the contribution of popular but historically inaccurate films—and literature—to Brexit and the evolution of a misguided patriotism that fails to take account of historical and political complexities seems obvious. Perhaps even more disturbing, however, is the synergy between politics, popular culture, and economics: as promoters of Scotland as a tourist destination continue to embrace “tartan heritage” in an effort to support Scotland’s important tourist industry, they unwittingly reinforce a version of history that serves the purpose of political propaganda, rather than disseminating a nuanced understanding of Scotland’s past.

The case for Braveheart’s influence on Scottish politics has been made previously by other observers, including historian Robert Brent Toplin, who noted in a 2015 History News Network article that Scottish audiences gave the film standing ovations at screenings and began supporting the separatist movement in far greater numbers after its appearance. Toplin concluded that “Braveheart’s impact on the people of Scotland reveals the potential of film to shape public opinion and agitate national politics.” It’s important to keep in mind that films such as Braveheart and Robert the Bruce, and recent books such as Diana Gabaldon’s Outlander series with its “wildly popular” Starz adaptation, are building upon a romantic vision of Scotland developed by eighteenth-century writers and Romantic visual artists and codified by the poetry and novels of Sir Walter Scott in the nineteenth century: their creative workestablished romantic Jacobitism as a dominant narrative of Scotland’s past. This narrative of history fostered the idea of Scotland as an “imagined community,” to use Benedict Anderson’s phrase, associated with a heroic but doomed rebellion against an indifferent, often unjust overlord, or, as it evolved over time, patriotic Scots against the cruel English colonizer. When the contemporary American novelist Diana Gabaldon came to choose the subject for her first novel, she tapped into a historical master-narrative of Scotland that already had an established set of associations and cultural values influenced by fiction. 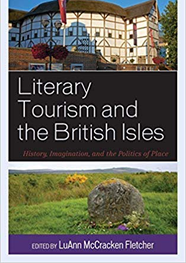 The truth of Scotland’s history is, of course, much more complex than the narrative of the past one finds in the realm of popular culture. Romantic artists erased the Gaelic population by visualizing Scotland as a picturesque landscape, sublime and largely empty of people, despite the presence of industry throughout the country in the eighteenth century and the rapid urbanization of Edinburgh and Glasgow. Romanticism’s promotion of Gaelic primitivism, now popularized by contemporary literature and film, has also overwritten the significant global contributions made by Scottish Enlightenment philosophers, statesmen, scientists, and innovators. Popular stories of the Jacobite Rising of 1745  typically narrate a conflict between heroic Highlanders and a better-equipped English army that overlooks the military successes and subsequent poor military decisions of Prince Charles’s army, as well as the presence of many Scots who fought and died alongside the English at Culloden. The history of the Highland Clearances is similarly more complicated than a nationalist narrative of ethnic cleansing by the English suggests. As author Madeleine Bunting has observed in her memoir Love of Country: A Journey through the Hebrides, “Racism, betrayal [by fellow Scots], and imperial exploitation: three toxic elements have been incorporated into different readings of the Clearances” (147).

The fictional “history” of Scotland has and continues to receive reinforcement via the consumer website of Scotland’s national tourist board, which seeks to capitalize on the popularity of Braveheart and, now, Outlander by invoking that romantic narrative as it entices visitors and their pocketbooks to Scotland. In fact, just as the nineteenth-century tourist industry drew upon the popularity of Scott’s works to inspire readers to visit the locations he made famous, promoters of tourism today are quick to invite fans of Outlander to experience a version of Scotland that exists largely within the realm of the imaginary.

One may ask why this matters: if fan tourism brings much needed money into the country, does it matter if those tourists are ill informed about history, so long as the inhabitants of the country know better? If historical fiction had no effect upon its citizens’ perceptions and political decision-making, the oversimplification of Scotland’s history by novelists and filmmakers in quest of a good story—and the reinforcement of that story by those seeking economic gain—would not matter. But, as noted above, fiction does inform life, in the case of Scotland’s independence movement: the popular story of Scotland told across print and media platforms, on screen, in books, and on websites, has become, for many Scots, the only story of their past known by those who get their history from popular culture.

Comments about Culloden made by members of the popular Facebook page Outlander Series Books & TV reveal that this series has constructed the history that some believe is true. As one member commented, “Scotland is where I was born and raised. . . . I never knew anything about the battle of Culloden until I watched outlander [sic].” Pop culture derived “history” has been similarly on display during Scottish independence rallies since the 2014 referendum. Reporting on a 2015 rally in Glasgow, VICE correspondent Liam Turbett noted the expression of “dodgy pseudo-ethnic nationalism” which, while it resembled “a parody of everything people say to discredit the independence movement,” was cheered by those “along the fringes of the Yes movement.” Turbett supplemented his verdict of this “contortion of history” with a mention of a pro-Independence sign containing a quote attributed to William Wallace—but really made by “his fictional dad in the film Braveheart.”

Whose responsibility is it to ensure that a more nuanced understanding of history is shared widely, especially among those who may lack the interest in or ability to access the scholarship of historians? The example of Scotland and the forces unleashed by Brexit and the current nationalist debate illuminate the importance of understanding how commercial and political entities use pseudo-historical narrative for self-promotion and the creation of an imagined community. However, it may be as important for serious writers and filmmakers to create historical fiction more thoughtfully. Knowing that literature and film can shape public opinion and beliefs about the past, writers and readers who crave a better-informed populace may need more often to use the power of the pen to avert the power of the sword.