A History of Influencing Presidential Children to Change Policy

Aaron Coy Moulton is an Assistant Professor of Latin American History at Stephen F. Austin State University. His research on Caribbean Basin intelligence and foreign relations has been published in Cold War History, The Americas, and Intelligence & National Security. 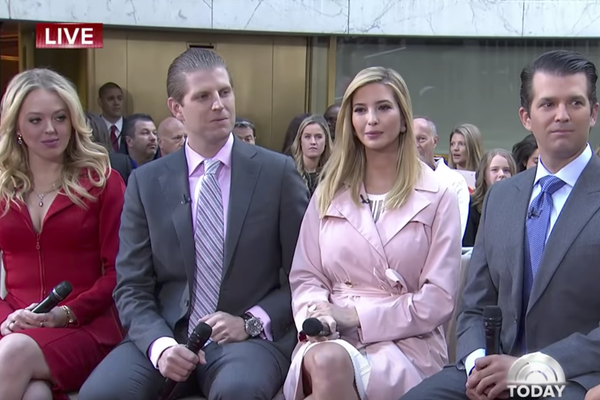 Over the past couple of years, the press has frequently reported on the children of influential U.S. politicians and officials. Much of this has gone far beyond popular curiosities surrounding the education of former U.S. President Barack Obama’s daughters or how current U.S. President Donald Trump has relied heavily on his daughter Ivanka Trump to represent his interests abroad.

Rather, recent concerns surround how foreign, generally corrupt, governments have attempted to influence U.S. politics using connections to these children. During the 2016 presidential campaign, individuals connected to Vladimir Putin’s regime in Russia met in Trump Tower with Trump’s son Donald Trump, Jr., and son-in-law Jared Kushner. The seeming cover-up of the meeting by Trump’s associates and the president himself led to further allegations of corruption as part of Robert Mueller’s investigation into foreign influence in the 2016 presidential election. Now, the president and his allies, most notably his personal lawyer and former New York City mayor Rudy Giuliani, have alleged that former Vice President Joe Biden once intervened in Ukrainian politics to terminate an investigation into a corrupt energy company which had hired Biden’s son, Hunter.

Despite Americans’ boasts to have a government immune from external intervention, the truth is that other entities have always attempted to intervene in U.S. politics for their own benefit. Foreign regimes and multinational corporations have repeatedly hired former congressional officials, public relations firms, and more in the hopes of navigating an ever-increasing federal bureaucracy and gaining financial benefits from a country with global reach and interests.

In fact, one of the most adept at manipulating U.S. politics to his advantage was Dominican dictator Rafael Trujillo. From the 1930s until his assassination in 1961, Trujillo owed much of his power to his knowledge of the ins-and-outs of the U.S. government. After encouraging the massacre of thousands of Haitians in 1937 that dovetailed with escalating international fears regarding the rise of fascism, the Caribbean despot coordinated a massive campaign to restore his image in the United States, including recruiting Jewish refugees to contrast his reign with that of Adolf Hitler, lessening criticism of his domestic politics by comparing his prejudice against Haitians to anti-black racism in the United States, and more best described by Eric Paul Roorda.

Less well known, though, is how Trujillo targeted U.S. officials’ children in the late 1940s in hopes of securing favorable treatment. After the Second World War, the State Department led by Assistant Secretary of State for American Affairs Spruille Braden sought to distance the U.S. government from the dictator. When the U.S. government in 1948 selected as its new ambassador to the Dominican Republic Ralph Ackerman, Trujillo immediately hoped to avoid the past years’ frustrations and ingratiate himself to the new official. To do this, his ambassador in Washington Luis Thomen set his sights upon Ackerman’s son.

In a letter to Trujillo in July 1948, Thomen explained that the son happened to be an engineer working in Peru for Bolton & Lucas, a firm whose history with the Dominican regime included securing favorable contracts and munitions purchases. During an earlier conversation, Ackerman had mentioned that his son hoped to secure a job closer to home, hopefully in the United States. Here, Thomen saw a diplomatic opportunity. “Perhaps later,” Thomen wrote his jefeback in the Caribbean, “you could offer an opportunity in our country to this young engineer.” What Ackerman likely understood as a simple exchange of pleasantries that would be nothing more than customary in the first meetings between foreign officials was quickly seized upon by Thomen as a possible means to influence the new U.S. ambassador and shape U.S. foreign policy, even without any specifically outlined quid pro quo.

Even more illuminating was how Trujillo hoped to manipulate Michigan Republican and Chairman of the Senate Foreign Relations Committee Arthur Vandenberg in the late 1940s. A man with one of the most powerful positions in Congress, Vandenberg was notable for his adherence to policy and integrity. Because of this, Trujillo’s officials had never been able to gain any undue influence over the congressman. Consequently, the despot hoped to find an alternative route.

To do this, Trujillo put on his payroll doctor William Morgan. Generally, Morgan served the dictator as both an official and unofficial lobbyist. The doctor attended prominent diplomatic functions and appeared at golf tournaments hosted by one of Trujillo’s law firms featuring U.S. congresspersons, all designed to portray the despot as a reliable U.S. ally. And as Vandenberg’s personal friend and physician, Morgan became Trujillo’s hopeful connection to capture the senator’s support. It was the doctor who also targeted Vandenberg’s only son.

In July 1948, at the same time that Thomen suggested employing a U.S. ambassador’s child, Morgan reached out to Trujillo about a similar venture. The doctor happened to have an “intimate friend” who had spent his “last fifteen years” involved in his father’s “electoral campaigns.” Now, the man was rather “tired” of U.S. politics and interested in heading to the Dominican Republic to try his hand in business. The man, not surprisingly, happened to be Arthur Vandenberg, junior.

There is currently no evidence that Trujillo’s officials succeeded in realizing these plots. After all, Ackerman was never implicated in any corruption, and Vandenberg passed away in 1951 without any claims of impropriety.

Still, such maneuvers by this Caribbean dictator, or any corrupt regime since, do reveal how other governments conduct their politics and understand U.S. foreign relations. Trujillo and his officials hoped to circumvent outlined procedures and policies by going after the children of U.S. ambassadors and congresspersons. As the United States continues to expand its presence throughout the world and finds itself confronting such regimes whether in Russia or Ukraine, the nation will keep finding corrupt entities desperate to manipulate U.S. politics to their advantage with influential individuals’ children caught in the middle.