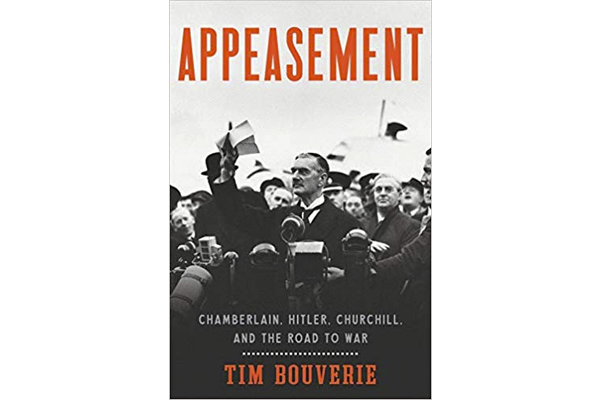 When Adolf Hitler unleashed the might of the German armed forces against Poland on 1 September 1939, shock waves of horror and trepidation ran through the cities of Europe. After years of methodically capitulating to the territorial demands of the Fuhrer in an effort to attenuate the widely-perceived punitive excesses of the Treaty of Versailles (1919), Hitler remained insatiable in his desire for vengeance and world conquest.  The principle architect of  the policy of appeasement, British Prime Minister Neville Chamberlain, entered the House of Commons and angrily denounced Hitler stating “the responsibility for this terrible catastrophe lies on the shoulders of one man – the German Chancellor, who has not hesitated to plunge the world into misery in order to serve his own senseless ambitions.” (p. 3) Members of Parliament cheered at his long-awaited defiance.  One day later, however, Chamberlain backtracked and indicated the resumption of appeasement by endorsing a diplomatic initiative floated by fascist Italian dictator Benito Mussolini to resolve the crisis.  Hence, the prime minister lost the support of his own Cabinet, most of the nation and subsequently earned an infamous judgment at the bar of history as an icon of hollow and failed statesmanship.

In the new and magisterial study Appeasement: Chamberlain, Hitler, Churchill and the Road to War (2019), Tim Bouverie incisively reconstructs the ideological landscape of post-WWI Britain to explain how Chamberlain and other politicians and pundits misread Hitler and ultimately allowed the Third Reich to threaten the entire world order.

One year prior to the ascension of Adolf Hitler as chancellor of Germany in January 1933, the Deuxieme Bureau (French intelligence service) revealed a secret rearmament campaign by Berlin in violation of the Treaty of Versailles.  At nearly the same time, the Bureau obtained an unexpurgated copy of Mein Kampf (My Struggle, 1925) – a political manifesto penned by Hitler while in prison several years earlier – and attempted to warn Continental leaders of his ambitions to conquer France and embark upon military expansion.  Shortly after his visit to Hitler’s Germany in 1933, British MP Bob Boothby returned to London alarmed, declared the previously defeated nation to be in “‘the grip of something very like war fever’” and called for Britain to counter the clear intentions of Berlin with military preparedness.  Despite mounting and incontrovertible evidence of impending German aggression, most politicians and the public turned a blind eye to the ominous developments.  Why?

Fifteen years after the end of the First World War, the heinous violence, ineffable carnage and countless number of atrocities generated by the conflict remained seared in the memories of the survivors.  Rather than adopting the fourth century Roman maxim Si vis pacem, para bellum(“If you want peace, prepare for war) to deter other nations from seeking territorial aggrandizement, psychologically traumatized Britons and their equally-effected Continental counterparts declared “Never again!,” relocated responsibility for the war to the pre-1914 arms race instead of the militarist course taken by Kaiser Wilhelm II and all-but declared peace at any price. In February 1933, the Oxford Union and its student-membership declared in the majority “‘This House will in no circumstances fight for King and country,’” and the Labour Party called for a nationwide work stoppage to force the government to disarm only eight months later. (p.24-25) At the same time, a significant number of high-level government officials succumbed to the diplomatic machinations and manipulative wiles of the Fuhrer.  While future prime minister Anthony Eden concluded “‘I find it very hard to believe the man [Hitler] himself wants war’” after meeting with Hitler in Berlin, Philip Kerr, the Marquess of Lothian and a leading political figure, became enthralled with the German chancellor to the point of characterizing Hitler as “‘a prophet.’” (p.49)  Even former Prime Minister David Lloyd George, who led Britain during the First World War and signed off on imposing relatively harsh terms of surrender on Germany, not only partially succumbed to Nazi propaganda casting Germany as a victim of Allied hegemony but also sized-up Hitler as “‘the Greatest German of the age’” from a short tea-time meeting with the Fuhrer in September 1936. (p.116)

Similar to Lloyd George, Prime Minister Neville Chamberlain believed adjustments and ameliorations to the Treaty of Versailles with “‘careful diplomacy [could] stave [war] off, perhaps infinitely.’” (p.132) Despite Hitler’s re-introduction of conscription to build a formidable standing army, an audacious announcement to rearm on a massive scale in March 1935 and the annexation of Austria by Germany (Anschluss) through intimidation and subterfuge three years later, Chamberlain and most of the British public – still haunted by the unprecedented death and destruction wrought by the previous war – ultimately rejected the stark realities of the Nazi menace and continued to vainly believe in a diplomatic solution. From Chapter XV “The Crisis Breaks” to Chapter XXIV “The Fall of Chamberlain,” Bouverie vividly recounts how the beleaguered prime minister succumbed to Hitler and his strategically cunning statecraft.  After ratcheting up pressure on London and Paris by conducting a robust propaganda campaign and (falsely) accusing the Czech government of repressing the German population within its borders, Chamberlain traveled to Hitler’s Bavarian headquarters – the Berghof – and attempted to de-escalate tensions.  On 15 September 1938, the British prime minister agreed to cede Czech lands containing a preponderant number of Sudeten Germans to the Third Reich over the objections of Prague.  Two weeks later in one final and fatal grand gesture of placation, Chamberlain flew to Munich for further discussions with the Fuhrer and assented to his demands for control of Sudetenland.  Upon returning to London, the prime minister declared the agreement would translate into “peace for our time” to a rapturous crowd.  For his perceived accomplishment, his popularity reached new heights at home.

The Unlikely Resurrection and Triumph of Winston Churchill

As a result of his role in planning the disastrous Gallipoli campaign (1915-16) and subsequent shortcomings as Chancellor of the Exchequer (1924-29), Winston Churchill had become a relatively marginal figure and seemed en route to political oblivion by 1930. Yet Churchill, who had once egregiously characterized fascist Italian dictator Benito Mussolini as “the greatest lawgiver among men,” not only immediately diagnosed the threat of the Nazi regime to Continental security but also began issuing a long series of prescient warnings on both Hitler’s irredentist agenda and the price of appeasing a militarist state. Only ten months after the appointment of Hitler as chancellor (January 1933), Churchill publicly shared the contents of intelligence reports indicating a vast German buildup of “scrap iron, nickel and other war metals” for the purpose of military rearmament and implored the British government to increase the size of the Air Force. (p.31) By 1936, the oft-ignored and frequently dismissed, former parliamentarian once again rose in stature with his uncannily accurate predictions of Hitler’s preparation and path to war.  Upon the Nazi takeover of Austria without resistance from London, Paris or Moscow in 1938, Churchill exclaimed:

For five years…I have watched this famous island descending incontinently, fecklessly the stairway which leads to a dark gulf…Now the victors are the vanquished, and those who threw down their arms in the field and sued for an armistice are striding on to world mastery.(p. 190-91)

After more than half a dozen years decrying appeasement as a flawed and ultimately dangerous means to curb Hitler’s campaign to unravel the Versailles Treaty, Winston Churchill regained the trust of his party and the nation and entered 10 Downing Street as prime minister on 10 May 1940 at age sixty-five.  From its dire consequences, the definition of appeasement quickly evolved from a strategy of containment to an unprincipled, ruinous policy of abject surrender by degrees.  Thus, “Neville Chamberlain” and “appeasement” have become political tropes for willful national capitulation to the interests or designs of other nation states.

A New Understanding of Neville Chamberlain & His Era

In Appeasement: Chamberlain, Hitler, Churchill and the Road to War (2019), Tim Bouverie has authored a focused, well-written and exemplary study of the socio-cultural and political dynamics of the rise and fall of appeasement in the 1930s. His insights into the wounded, collective British psyche in the aftermath of the First World War offer a holistic analysis of how and why appeasement flourished at the highest levels of government and within the body politic inside the one of the largest and most powerful empires in world history.  As such, his superlative monograph will reshape the historiographical debate over the years 1919 to 1945.