There’s Nothing Like a Good Ghost Story from the Past 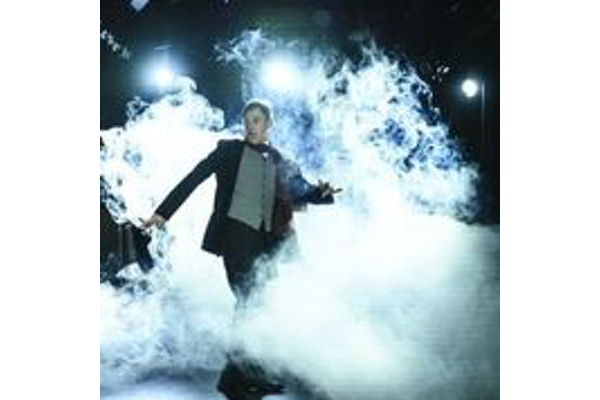 A young solicitor in London gets an assignment to help organize the estate of Mrs. Alice Drablow, who has just passed away after living all of her life in a creepy, decrepit old mansion in Crythin Gifford, a small village in the British countryside. On his way to the home, he passes a cemetery with dozens of tombstones overturned. He thinks nothing of it until he reaches the house and finds himself in the middle of a sprawling ghost story, a tale in which the ghost, a woman with a ghastly face dressed all in black, rambles through the Drablow mansion, scaring the hell out of everybody who enters it.

The solicitor scoffs at the idea of a ghost because he, for one, does not believe in ghosts. Come on, ghosts? They are for the old black and white movies and weekends out in the countryside when the power goes out.

Something is drifting through that building, though, and the solicitor, who has left his fiancée back in London and is alone, needs to find out who it is and the terrible things the woman in black has done. This is the plot of Susan Hill’s chilling and mesmerizing play, Woman in Black, that just opened in the Club Car, a pub in the McKittrick Hotel on West 27th Street, in New York.

The play is a tale filled with unreal tension and suspense. Hill has written it as a slow-moving ghost story. The drama builds and builds towards an explosive conclusion that leaves everybody in the theater gasping. The play, full of Hill’s rich, extraordinarily descriptive language, grips you by the throat in the first ten minutes and does let you go until the end and all the dust has settled, and there is a lot of dust. It is this slow, ever tightening stranglehold that gives the play its mystery and power.

The terrifying and wondrous Woman in Black is an international hit. It has been running for thirty years at London’s Fortune Theater and has been staged in twelve different countries. It is currently on an American tour. You can see why it has been so successful for so long as soon as you take your seat in the Club Car at the McKittrick and the theater is plunged into darkness.

In England in 1927, is was standard procedure for  a solicitor to go over the papers of the deceased and to straighten out legal affairs. The solicitor starts to do this, with some help from an older man, ‘the actor,’ who plays several people in the story. The young I’m-not-scared-of-anyone solicitor starts to go through the estate papers when strange noises start to rumble through the haunted mansion. There are whooshes and bang-bang-bang sounds, knocking coming from somewhere and a number of yelps.  The solicitor’s head spins as the noises get louder and louder and more frequent. A man gives him a dog to bring with him on his Drablow mission and the dog runs off, pulling the solicitor into a deep fog on the vast meadow from which it appears he will never emerge. Someone is running behind closed doors and locking them. Someone is leading the solicitor around the house for no apparent reason.

The director of the play, Robin Herford, should go back in time and get himself a job with the television series The Twilight Zone. His great skill is keeping the tension up as the play slowly moves forward. It is that slow drift of suspense that makes the play so good. He has mastered every single sound in the play, and the sounds hit you at exactly the right spot. The screams, especially, are dazzling. At one point after a long silence, the entire audience jumped out of its collective seat at a horrible heart stopping scream.

Herford gets fine performances from his two actors. Hill’s original 1987 play was adapted by Stephen Mallatratt. He changed its structure so that the young solicitor and older man play themselves as actors playing the characters in the real story and the characters in the real story at the same time. It gets confusing for a while, but then they blend in. The solicitor is played brilliantly by Ben Porter, who deliberately makes the audience think he wants to speed the play up, while he really wants to slow it down. He seems oblivious to danger and terror-proof at first but then, as time gets caught up in the horror.

The older man is played by David Acton, who had the role for several years in the London production. He is just as good as Porter, and particularly fine as he plays different people. He is never quite as frightened as the solicitor, and that makes the story even more terrifying.

When I left the theater, I walked as fast as I could, nearly running, down the very dark W. 27th Street, scared of every shadow, shaking at the beep of every taxi horn. You never know who’s lurking in the dark, making those strange noises, do you?

PRODUCTION: The play is produced by the McKittrick Hotel and Emursive Productions, Set Design:  Michael Holt, Lighting: Anshuman Bhatia, Sound: Sebastian Frost. The play is directed by Robin Herford. It runs through March 8.