"Hamilton" as a Meditation on History and Memory

Bennett Parten is a PhD candidate in history at Yale University, whose research addresses the histories of race, slavery, abolition, and emancipation. 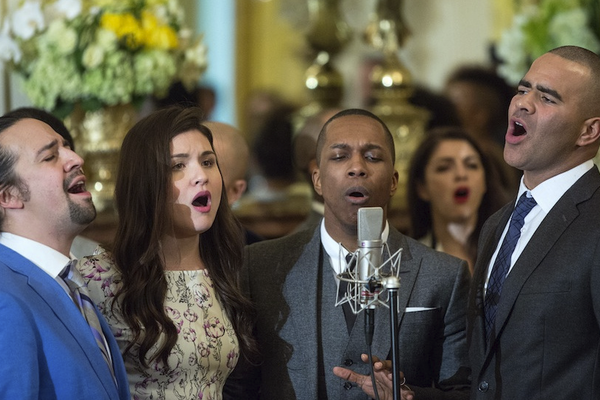 This past Fourth of July, millions of Americans logged on to the new Disney + streaming service to watch the television debut of Lin-Manuel Miranda’s Hamilton, the Broadway hit and cultural sensation. The show didn’t disappoint: the singing, the dancing, the acting, the rapping, the dueling, yes, dueling—everything dazzled. It was also cathartic in a way. Watching the story of Alexander Hamilton’s rise and fall was a temporary reprieve from a year we’d all like to forget. Even more, the show’s diverse cast offers a hopeful message of a better America, even as that better America receives daily harangues from the highest halls of power.

The show’s most poignant message, however, is perhaps its most subtle, for what threads the show together is a running reflection on how we tell our history—and who tells it. This recurring theme makes Hamilton more than a musical and even more than a work of historical fiction: it’s a powerful meditation on how we remember the past.

First, consider the songs. Common refrains throughout the show alert the audience that they are not witnessing history per se, but rather the construction of history as we know it. Early, in “The Story of Tonight,” Hamilton and his friends sing We may not live to see our glory, but we will gladly join the fight/and when our children tell our story, they’ll tell the story of tonight—a reprisal that reappears over and over again at various points during the performance. Later, in the pointedly titled “History has its Eyes on You,” George Washington resigns himself to the fact that you have no control/ Who lives, or dies, or tells your story, an example of him battling the weight of history as much as any British army. Most explicitly, after being publicly humiliated by her husband’s infidelity, Hamilton’s wife Eliza sings I am erasing myself from the narrative/ let future historians wonder how Eliza reacted when you broke her heart while she burns the love letters from their courtship—an archival trace that could redeem Hamilton’s misdeeds for all posterity.

Moreover, the drama that pulls the show together is the tragic rivalry between Hamilton and Aaron Burr, a peer, colleague, and one-time friend. Yet what makes the story so gripping, so tragic, is that it’s a drama that works on two levels. On the surface, the Burr-Hamilton rivalry is a classic story of two men with much in common, except that one has what the other wants. Both are fathers, revolutionaries, and leaders. Hamilton is ambitious, relentless, bold, and decisive; Burr is reserved, coy, fickle, and more than a little mischievous. He is every bit Hamilton’s equal, yet it is Hamilton whose fame rises, which draws out Burr’s own ambitions. The climax comes when their rivalry boils over in the form of duel, and they both, curiously, act in ways more emblematic of the other: Burr becomes the bold one, shooting Hamilton, and Hamilton becomes the sly game player: Is this how you’ll remember me? What if this bullet is my legacy? What is a legacy? he asks as he fires a shot into the air.

And with that, Hamilton sealed his place in history—which is why the story cuts so deep. Burr didn’t just kill an old friend and political rival; he acted unlike himself and, in a critical lapse in judgment, crystalized how posterity would remember him. He tells us in the penultimate song:

Death doesn’t discriminate between the sinners and the saints. It takes and it takes and it takes/ History obliterates. Every picture it paints it paints me in all my mistakes/ When Alexander aimed at the sky he might have been the first one to die, but I’m the one to pay for it/ I survived, but I paid for it/ Now I’m the villain in your history…

Hamilton, meanwhile, escaped into history marred, but unbroken. Even in death, he would rise alongside the nation.

Yet neither Hamilton nor Burr get the last word. It’s Eliza who has the last song, and it’s her message that brings the story full circle. In a song entitled “Who Lives, Who Dies, Who Tells Your Story,” she quite literally inserts herself back into the narrative—I insert myself back into the narrative—to give Hamilton what all his peers had the privilege of crafting for themselves: a legacy. Indeed, as Jefferson, Adams, Madison et. al. live out their last days sorting their affairs for those who will remember them, Eliza and her sister set to work combing through Hamilton’s writings, interviewing men who served with him, and finishing the work she expected of him. Eliza, in other words, ends the play by constructing Hamilton’s legacy—the legacy with which we remember him today. Her Hamilton is our Hamilton.

Now, as admired as the show has become, it is not without its flaws. In an important essay, critic and public humanities scholar Lyra Monteiro points out that the show instantiates some of the worst of America’s cottage-industry history: despite featuring a diverse ensemble with people of color cast as founders like Washington and Jefferson, it’s still founders chic; it still erases people of color from the story by not seriously grappling with slavery; worse still was its ambiguous treatment of anti-slavery, which, in contrast to slavery, the show over-represented.

These real criticisms aside, there’s an important message at the heart of Hamilton. It’s that history is all in how we tell it—indeed, all in how we remember it. It’s never static. It’s always changing. And in a moment in which Confederate monuments are finally coming down and we are re-thinking how we tell our history, Hamilton is a sign of hope. It’s a sign that while history is something we can never resign from, we can always enter the narrative and, like Eliza, construct a history of our own.