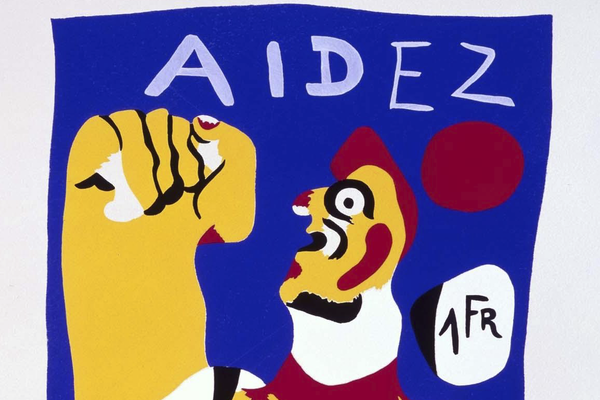 As we enter the final stretch of the campaign to elect Madrid’s powerful regional government, here is one last journalistic appeal to democrats and progressives outside Spain.

Paraphrasing the message in Joan Miró’s famous ‘Aidez l’Espagne’ poster—a striking image of a peasant, fist raised, exhibited in the Spanish Pavilion of the Paris International Exhibition  in 1937—the appeal is now "Aidez Madrid."

In  Paris in 1937 the Spanish Republic requested the support and intervention of Europe in its defense of democracy against Franco’s military coup, the summary executions of tens of thousands of democrats, and Hitler’s Stuka dive bombers, which  had  obliterated the Basque town of Guernica. The appeals were in vain and Western democracies abandoned the republic to its fate.

With no desire to overdramatize, those of us who witness directly the rise of the extreme right in Madrid feel compelled to make the historical comparison. We appeal to democrats and antifascists in the rest of the world to intervene once again. Intervene by expressing your dismay at conservative Partido Popular candidate Isabel Díaz Ayuso’s decision to open her arms to the extreme right party Vox, a 21st century version of Franco’s falangism.

Ayuso has not only adopted most of Vox’s incendiary language but has made clear that she is prepared to form a coalition government with the extreme right racist group after the May 4 elections. Ayuso has crossed every red line in her bid to win over Vox voters—necessary to avoid the election of a progressive government.  She explained an outbreak of COVID in the densely populated working class districts in the south of the city as the result of  “our immigrants’ way of life.” Her electoral slogan is “Freedom versus Communism.” In one TV interview she remarked. “If they call you a fascist, you are on the right side of history." 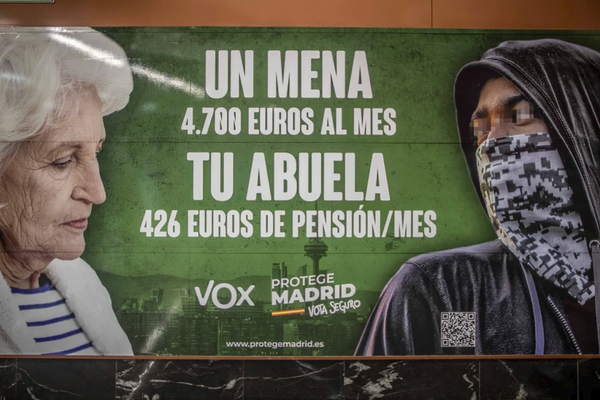 Despite these views, Ayuso commands the support of 40% of Madrid’s electorate, according to the latest opinion polls, 80% of whom say they  have no issue with her plan to form a coalition government with the extremist Vox. To get a taste of how Vox directs its vitriol against the most vulnerable, take a look at their election posters, plastered in Madrid’s metro stations, which criminalize  unaccompanied minors—most from North Africa—who participate in social integration programs.

For this reason Aidez Madrid is now a moral imperative. Democrats within and without Spain must protest at the inclusion of Vox in a Madrid government and use their influence to try to persuade Madrid voters to turn their backs on the far right. There is much  at stake. A PP Vox in Spain’s capital would set a highly dangerous precedent for the rest of the world.

It is crucial that Ayuso be made aware that, just as her quasi denialist policy of allowing bars and restaurants in the city center to fill with locals and tourists, she is playing with fire with her policy of modus vivendi with Vox. She must be warned. Yet no one in Europa or the US seems even aware of what is happening here..

There is little knowledge outside Spain of just how much power accrues to government of the capital in Spain’s decentralized state. While socialist prime minister Pedro Sanchez governs the Spanish state along with coalition partners Unidos Podemos, regional governments like Madrid’s are responsible for health , education, transportation, and most social services. If this were a Spanish general election,  public opinion in Europe would surely have rallied against a possible extreme right government. But the Madrid election appears to have slipped under the international radar.

This is not just a matter of principle. More than ever, Spain depends on the rest of Europe for its economic survival. Madrid has requested more than 21 billion euros from the European support program for post-pandemic economic recovery. Wouldn’t it be problematic for Europe's democratic credibility if parts of  this generous budget ended up under the control of a Vox minister in the Madrid regional government who chose, for example,  to channel European funds into  programs that excluded immigrants? How would Brussels feel if a Madrid government managing European funds for the green recovery included climate change deniers such as those in the Vox leadership?

It is an issue of added concern because Ayuso has promised to cut income tax in the Madrid region, making the European funds more important to her plans. This unfair tax competition not only discriminates against other cities in Spain, but also other European cities outside of Spain.

Perhaps the first Aidez Madrid’s  appeal should be European and American tourists attracted to Ayuso’s free for all policies during the pandemic, despite continuing concerns about covid and a slow roll-out of the vaccine program.

Some may choose to leave the bars and restaurants and visit the Reina Sofía museum, where they can admire Picasso’s Guernica—an extraordinary depiction of fascist violence painted in the first six months of 1937 and exhibited in the Paris Pavilion. Discriminating visitors can discover in the Reina Sofia’s moving collection of modernist Spanish art a room dedicated to the avant-garde Spanish pavilion in Paris designed by Luis Lacasa and the Bauhaus-influenced Josep Lluís Sert. On view are sculptures by Alexander Calder, Julio González (who died in a concentration camp), and Albert Sánchez, whose surrealist totem can be seen in the square in front of the museum entrance. Visitors might choose to watch Buñuel’s Las Hurdes, screened inside the pavilion, and now projected repeatedly at the Reina Sofía now. The pavilion containing these seminal works of modern art was the brainchild of Spain’s then socialist president, Francisco Largo Caballero.

For that reason, we should all be concerned not only at the presence of Vox in the regional government but also by their influence on city authorities, too. Madrid Mayor Jose Luis Martinez Almeida, a close ally of Ayuso in the PP, has just announced, at the request of his coalition partner in the Madrid council Vox, that all place names in Madrid dedicated to Largo Caballero and fellow socialist Indalecio Prieto, should be withdrawn from the streets of the capital as part of a campaign to “rid the city of Communist symbols.”