Psychologically Speaking, Who Were the Heads of the Chinese Communist Party?

David Shambaugh is the Gaston Sigur Professor of Asian Studies, Political Science & International Affairs, and Director of the China Policy Program in the Elliott School of International Affairs at the George Washington University, and the author, most recently, of China's Leaders: From Mao to Now (Polity Books, 2021). 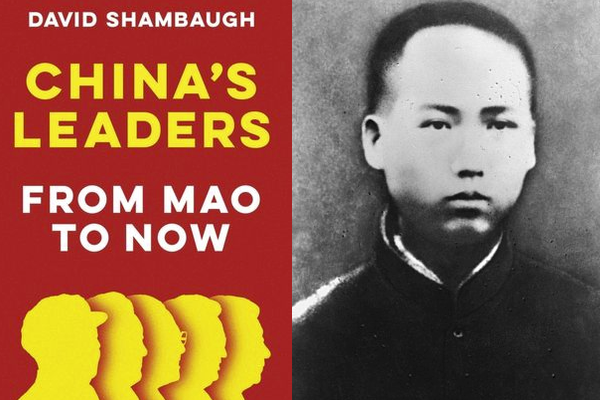 An individual leader’s lifelong socialization is also critical to understanding their behavior. It is well established in the fields of psychiatry, psychology, social psychology, psychohistory, political psychology, and psychopathology that pre-adult and early adult socialization are critical formative periods that do much to shape how a person behaves throughout their life. In particular, at least the following experiences and relationships have been identified as key influences: where one grows up and their standard of living; relationships with mothers and fathers; degree of maternal nurturing (or lack thereof); experiences in school and relationships with teachers; and relationships with peers. All of these encounters usually have far-reaching impacts on subsequent personality development. For example—for boys—maternal nurturing, a secure home environment, interactive siblings, financial stability, supportive primary and secondary school teachers, and inclusivity with a network of peers can all lead to a secure ego, confidence, and an outgoing adult personality. Conversely, antagonistic relations with fathers, a sense of neglect from mothers or abandonment by parents (even if they are away from home working), bickering with siblings, financial instability, harsh discipline from teachers, exclusion by peers—these experiences can all lead to an alienated, frustrated, angry, repressed, aggressive, insecure, insular adult personality type. This latter type is frequently associated with the development of strong anti-authoritarian and frequently narcissistic adult personality types. These two sets of general pre-adult characteristics have also been found across multiple national-cultural environments and are not simply characteristics of modern Western societies. Indeed, in pre-modern agrarian or early industrialized societies they are quite common.

To what degree do these early family rearing and socialization features shed light on the five leaders covered in this study? One interesting commonality is that only one of the five (Jiang Zemin) grew up in a close-knit and stable nuclear family environment. All the others had very disrupted youths with absent or deceased parents.

Mao and his father had very strained relations, they clashed frequently, and Mao’s anti-authority persona has been attributed to his deep antagonistic relationship with his father. His father made Mao work in the fields beginning at age six, something he resented. As Mao described his father in an interview with Edgar Snow in Yanan in 1937 (his only known reflection on his youth and family): “He was a hot-tempered man and frequently beat both me and my brothers.” Mao told Snow that he grew to “hate” his father. Being unfilial toward his father, in such a patriarchal traditional culture, gave Mao an “Oedipus complex” (a Freudian reference to Greek King Oedipus, who unknowingly killed his father and married his mother), in the view of Sinologist and social scientist Richard H. Solomon, who authored a comprehensive psychocultural biography of Mao. In sharp contrast to his father, Mao’s mother was very nurturing and indulgent of her first son— thus providing him with a strong sense of self-confidence and a self-assured ego. As he described her to Snow: “My mother was a kind woman, generous and sympathetic, and ever ready to share what she had.” Mao was also very protective of his mother (sometimes physically) when she clashed with his father. There was much acrimony in the Mao family household. Mao’s anti-authority trait deepened in primary school, where his teacher frequently punished and beat him. Mao described his teacher as belonging to the “stern treatment school; he was harsh and severe.” After five years in this school and one too many beatings Mao ran away, never to return. These early childhood experiences proved pivotal for Mao—producing resentment of his father and authority figures, and instilling “revolutionary” traits in him at an early age.

In Deng Xiaoping’s case, his father was absent for long periods from the family residence in rural Sichuan, and thus Deng did not have much of a relationship with his father. His mother, like Mao’s mother, was loving, and doted on her first-born son. But she died when Deng was only 14. Deng then left home for middle school in Chongqing, also never to return. At just age 16 Deng had the wrenching experience of being sent on a long steamship trip to France for an overseas work-study program (which turned into much work and little study). Altogether Deng spent a total of six years abroad in France and one year in Moscow before returning to China at age 23.

These early experiences on his own certainly bred a certain self-reliance in Deng. While in France Deng developed a liking for French food, liquor, and a passion for croissants. He found a series of odd jobs and factory work, but his schooling only lasted three months. Deng did find a peer group in relationships with other young Chinese and Vietnamese (including Ho Chi Minh) then studying and working there, many of whom were active in socialist politics following the Bolshevik Revolution (1917). One of these individuals who did play an important mentoring role in Deng’s life was Zhou Enlai, who was six years Deng’s senior and who brought him into the nascent Chinese Communist Party Socialist Youth League. Deng’s main job in the League was to produce propaganda pamphlets, for which he became known as “Monsieur Mimeograph.”

Hu Jintao was also deprived of parents early. His mother died when he was only 7, and because his father (a merchant) was often away on business traveling throughout the lower Yangzi delta region, Hu and his three sisters were raised by an aunt. While the aunt was a good provider, Hu never had the security and familiarity of a close nuclear family. This likely contributed to his own self-reliance, and possibly also to the aloofness he displayed as an adult.

Jiang Zemin is the only one of the five leaders in this study to have had a fairly normal nuclear and extended family life, growing up in Yangzhou, Jiangsu province. His father was a writer and part-time electrician, and Jiang recalled later that his mother was doting and loving. The Jiang family was well-to-do and well-known in Yangzhou, an important cultural and commercial center for centuries. Jiang was one of five children. His uncle Jiang Shangqing and his wife were second parents to Jiang Zemin, essentially raising him. Jiang Shangqing was a leftist intellectual who was active in communist underground activities, arrested and rearrested by the Nationalists’ police, and who had just joined the communist Red Army when he was killed in an ambush during the Japanese occupation in 1939, thus becoming a CCP martyr (giving the extended Jiang family a communist pedigree). Following his death Jiang Zemin’s natural father Jiang Shijun offered their son to his brother’s widow, as the couple had no male children of their own. This was not as disruptive for young Jiang Zemin as it might seem, as he had been living mostly with the aunt and uncle from an early age. Other than this anomaly, as described in Chapter 4, Jiang’s upbringing was quite normal and quite intellectual—which may have given him a secure self-confidence.

Xi Jinping was also thrust into the world at the tender age of 14, when he was sent from Beijing to rural Shaanxi province during the Cultural Revolution. His father had been imprisoned five years earlier and his mother was sent to a rural cadre school. The Xi family household thus broke apart early in Xi’s young life—he was just 9 when his father was imprisoned— Xi was thereafter sent to a boarding school on the outskirts of Beijing.

Thus, if self-confidence and independence born of adversity at an early age is a characteristic of individuals who become leaders, all five leaders in this study had their youths and home life disrupted and had to learn to cope on their own in their mid-teens. Only Jiang Zemin had the semblance of a normal family life, although he grew up in split households between his birth parents and his aunt and uncle.

Of course, leaders—like all humans—are not static creatures. Despite the important impact of childhood and early adult socialization, we all learn and change as we grow older. Certain learned “lessons” from the past are assimilated and applied to the future—or at least they should be (“those who do not remember the past are condemned to repeat it,” famously observed philosopher George Santayana). So, a leader at one stage of his or her career may act differently at another. It is thus relevant to consider mid-life and late-life experiences. As individuals approach death, paranoia and irrationality grip some leaders. However, it is not only that people pass through identifiable stages in the life cycle, but psychologists observe that the transitional periods from one stage to the next can be particularly unpredictable and unsettled (like “power transitions” in international relations). Three key transitions are distinguishable: adolescence to young adulthood (ages 17–22); the young adult to middle adulthood transition (ages 40–45); and mid-life to late adulthood transition (ages 60–65). The literature in psychology generally argues that one’s political orientations are formed by stage 1, habits of decision-making and leadership emerge by stage 2, increasing decisiveness occurs by stage 3, but that “decisional sclerosis” can set in after age 65, with increasing unpredictability, irrationality, and dogmatism frequently apparent (which fear of death only exacerbates).

In the case of the five leaders in this study, it does not seem to me that these transition points were very influential (the exception being Mao, who certainly grew quite irrational, unpredictable, and dogmatic in his sixties). Rather, I would argue, more significant in shaping the personas and leadership styles of the five were experiences they all had during their twenties and thirties, prior to the mid-life transition point noted above. As is described in detail in their individual chapters, it was primarily during these two decades of their lives that each really began to form a distinct leadership style and modus operandi.

While it is important to analyze leaders in their adult years, psychologists have long established that people are actually creatures of habit, and are quite resistant to change and adaptation. People’s essential personalities are fairly firmly established by early adulthood—absent profound experiences (such as war, natural calamity, or life-altering events). Their basic belief systems and worldviews (weltanschauungen) are predominantly determined by one’s twenties—and they are determined by a combination of family, school, community, and peer group socialization influences. Thereafter, as the psychological theory of cognitive dissonance (expounded most thoroughly by Leon Festinger) tells us, adults go through life selectively accepting evidence that confirms pre-existing beliefs and images while rejecting (dissonant) information that contradicts the core belief systems established by their twenties.

With respect to our five Chinese leaders, I would argue that the theory of cognitive dissonance and the argument that their worldviews were strongly formed prior to their thirties applies really only to Mao. Deng, Jiang, Hu, and Xi all forged their professional personas during their thirties and forties—through working in and managing CCP institutions. All three were strong institutionalists, and I would argue that this was an outgrowth of their work experience rather than their childhoods, teenage years, twenties, or revolutionary activities (in the case of Deng).

All of these features of human development and behavior should be kept in mind when reading this book, as Chinese leaders are not unique human beings—they are susceptible to many of the behavioral patterns that psychologists, political scientists, and other researchers have discovered across multiple countries and cultures. Recognizing this, individual countries and cultures also exert their own specific influences on individual leaders. In this context, the next two sections discuss, respectively, the unique impacts of Chinese traditional political culture and that of Leninist-type communist parties.

This essay is excerpted from David Shambaugh's China's Leaders: From Mao to Now (2021) with permission of Polity Books.