The Trappings of Catholic Tradition Around St. Patrick's Day are out of Step with Modern Ireland

by Donald Beaudette and Laura Weinstein

Donald Beaudette is assistant professor of political science at Oxford College of Emory University and Laura Weinstein is an Irish scholar and advisor at Macaulay Honors College at The City University of New York. 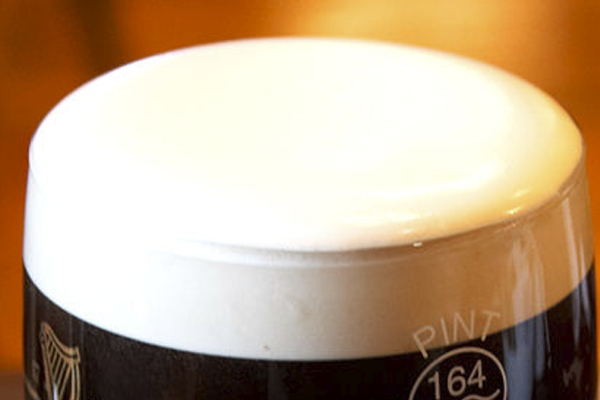 St. Patrick’s Day is once again nigh, and after two years of canceled celebrations as the result of the Covid-19 pandemic, parades are scheduled and bars will likely be packed with revelers who are–allegedly–celebrating the glory of Ireland. As Irish Americans (and others)  knock back approximately 13 million pints of Guinness and drunkenly sing rebel songs on Ireland’s national holiday, we are forced to wonder, “Do Irish Americans and Irish people in Ireland celebrate the same ‘Irish’ values?”

Saint Patrick is the patron saint of Ireland (and of New York’s archdiocese), and March 17th is the Saint’s feast day in the Catholic and Anglican traditions. But more celebrants are likely to attend parades than church.

Parades have been a part of North American celebrations of St. Patrick’s Day for centuries. Historically, many of these parades were organized by Irish Catholic organizations such as the Ancient Order of Hibernians, and these parades have retained their Catholic trappings into the twenty-first century, reflecting the close association between Catholicism and Irishness in the Irish-American imagination. While New York City holds its major parade on March 17 itself, a smaller parade in Staten Island continues to reject LGBTQ+ groups based on the argument that to do so would violate Catholic values. But Catholic values are not necessarily Irish values; in fact, in some cases “Catholic” and “Irish” stand in stark opposition to each other.

Across the Atlantic, the ‘island of scholars and saints’ has been engaged in a decades-long reckoning with the role of the Catholic church in Irish society. Numerous scandals have hastened the decline in Catholic piety in the Republic of Ireland. Across the island of Ireland (including Northern Ireland) 93 Catholic priests have been convicted of, or documented to have engaged in, the sexual abuse of children. In addition, the horrific abuse of girls and women in the so-called Magdalene asylums to which “fallen women” were sent, often for life, along with the tragedies of the murdered children in “mother and baby homes” have led many Irish people to leave their Catholic practice behind, even if they continue nominally to self-identify as Catholic. Such identification is often cultural, more than it is reflective of true faith.

Despite the persistent American tendency to conflate “Irish” with “Catholic,” secular values have been on the rise in Ireland as the country has become more liberal and international in its collective outlook. In 1971, approximately 95% of the residents of the Republic of Ireland self-identified as Catholic, while in 2016 that figure had declined to 78.3% of the population. Interestingly, however, only 24% of the population says they “believe in god with absolute certainty,” a figure that surely includes a percentage of the Muslim population in Ireland. Indeed, according to a 2018 Pew Research Center survey, a plurality of Irish people believe that Christianity is not an important part of their national identity. Clearly, the once-intractable link between Irish and Catholic identities has been broken within Ireland itself. It’s time that Americans break that link in their imaginations, too.

As the influence of the Catholic church on public life has waned, public policy in Ireland has also shifted in a more liberal, secular direction. Irish citizens voted in favor of marriage equality in a 2015 referendum. 42 out of 43 constituencies produced majorities in favor of the amendment. This result shook the Catholic hierarchy to its very core. Vatican Secretary of State Pietro Parolin described the outcome as a “defeat for humanity.” In contrast, Irish people and Irish political leaders celebrated the referendum. The Tánaiste (Deputy Prime Minister) proclaimed that “Together the people of Ireland have struck a massive blow against discrimination.”

In 2018, the Irish people again went to the polls to decide on whether to repeal the Eighth Amendment of the Irish Constitution which was passed in 1983 and banned abortion in almost all cases, as the Irish state “recognize[d] the right to life of the unborn.” In the intervening years, however, the Irish people came to see this law as one that cruelly limited the lives of women and girls in Ireland. Several notorious cases caused a sea change in the overall Irish opinion on abortion. In 1992, a 14-year-old girl became pregnant as the result of rape, and the Irish state had her enjoined from leaving the country to obtain an abortion in Britain, even though the girl, known only as X, was suicidal as a result of the rape and pregnancy. Irish people rallied to the girl’s plight, condemning the idea that Ireland was defending “men’s right to procreate by rape.” Then, in 2012, Savita Halappanavar, an Indian woman living in Ireland, presented at a hospital in the middle of a miscarriage. Even though fetal death was inevitable, the Irish doctors refused to perform an abortion because there was still a fetal heartbeat and they feared being prosecuted under the Eighth Amendment. Savita died of a septic miscarriage on October 28, 2012. Her death further galvanized Irish support for legal abortion, and on May 25, 2018, over 66% of Irish voters declared their support for access to safe and legal abortion in Ireland.

The liberal, secular face of Ireland also manifests itself in Ireland’s openness to welcoming refugees to its shores–a value that Americans of all backgrounds should toast this year. Ireland has accepted over 3,000 Syrian refugees since 2011, as well as Sudanese, Somalian, and Rohingya populations seeking a new life on the Emerald Isle. Most recently, on the day that Russia invaded Ukraine, Ireland immediately announced that it would waive visa requirements for anyone with a Ukrainian passport. Taoiseach Micheál Martin stated that although Ireland is a neutral country, it would “play our part in helping those who will have to flee Ukraine” in the face of what Ireland’s Minister for Foreign Affairs Simon Coveney called Russia’s “murderous act of aggression.”

Of course, it would be incorrect to characterize modern Ireland as monolithically liberal and secular. The Catholic church manages the overwhelming majority of primary and secondary schools in Ireland. Far-right agitators like Gemma O’Doherty and Justin Barrett give voice to racist and anti-immigrant views in the public square, although they receive little support at the polls. Human rights organizations have criticized the Irish state’s handling of asylum seekers through the system of “direct provision.” Nevertheless, to paraphrase the American transcendentalist Theodore Parker, the arc of Irish history increasingly bends toward justice.

We aren’t discouraging you from attending St. Patrick’s Day Parades or having a few rounds of Guinness in an Irish-style pub. Rather, we hope that when you do so this year, you remember that the Republic of Ireland is no longer a conservative, inward-looking, Catholic nation. Instead, we hope you raise a glass to toast an increasingly liberal democracy that largely embraces diversity in all of its forms. After all, this image of Ireland is the one that the majority of Irish people will be celebrating on March 17. As these values are increasingly threatened in the United States, Americans should find inspiration from a once quasi-theocratic state that transformed itself into a thriving liberal democracy.