Guy Laron is a senior lecturer in international relations at the Hebrew University of Jerusalem. He is the author of Origins of the Suez Crisis: Postwar Development Diplomacy and the Struggle over Third World Industrialization, 1945–1956. 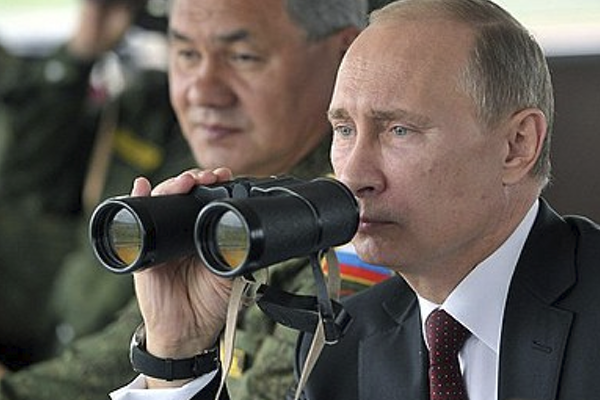 Four months after the Russian invasion of Ukraine and the future of the world has never felt so wide open. The military campaign in the Donbass seems to put under a question mark both the stability of the global economy and the long lull in superpower conflicts that prevailed since 1991. In light of that, it is vital to decipher Putin's motives and try to figure out the possible end game of the Russian-Ukrainian conflict. To do that we need to start with what really defines Vladimir Putin as a leader.

Since his rise to power, Putin has single-mindedly focused on using the natural resources of Russia to catapult his country into superpower status. Putin utilized the revenue of oil and gas sales both to bribe the population (by raising wages and pensions) and beef up the capabilities of his armed forces. It would be no exaggeration to call Putin an oil dictator. However, he is not the first leader in history to build his legitimacy around oil revenue and there is much to be learned from the sad history of these regimes. Two salient examples that come to mind are the Soviet Union in the late 1970s and Saddam Hussein's Iraq.

Same as Putin, these regimes made disastrous decisions to invade their neighbors. In 1979 the Soviet Union invaded Afghanistan. A year later, Saddam invaded Iran. Despite the fact that this step embroiled Iraq in a bloody and protracted conflict, a decade later, in 1991, Saddam sent his forces into Kuwait. Indeed, oil dictatorships are prone to exhibit belligerent foreign policies. But what do they hope to achieve by being aggressive toward their neighbors?

In all the cases listed above, the oil dictatorship aimed its attack on an energy-rich province of its neighbor. In 1979, Soviet troops were quick to secure the gas fields in northern Afghanistan. In 1980, Saddam's forces sought to take Khuzestan, where the majority of Iran's oil and gas fields are located. And in this year, Putin's troops focused on eastern Ukraine which has abundant deposits of coal mines and vast reserves of gas. Yet, how would control of more energy further the interests of the oil dictatorship?

Since oil dictatorships are so dependent on oil revenue, they are deeply worried about the threat of losing market share. The reasons varied but the response remained the same.

By the late 1970s the Soviet business model was to buy gas cheaply from Iran and Afghanistan and sell it for a hefty profit in the European energy market. Following the revolution in Iran in 1979, the Khomeini regime signaled it was about to break its contract with Moscow. In parallel, events in Afghanistan suggested that it was on the verge of another Islamic revolution. The Soviets apparently were unwilling to take the risk of losing two gas suppliers in the same year.

In 1980, Saddam Hussein faced a similar problem. Iran was abetting and aiding a Shia insurrection in the south of Iraq. The south also happened to the location of the Rumaila oil field, Iraq's largest. Saddam apparently decided that instead of letting the Iranians deny him access to his oil fields, he would deny them access to their oil fields.

In 2022, Ukraine's steady drift toward EU and NATO membership, created a comparable challenge for Putin. A third of Russian gas exports to Europe were going through pipelines on Ukrainian territory. These pipelines had already been blown up, probably by Ukrainian nationalists, both in 2007 and in 2014. Putin's efforts to develop a parallel network, known as the Nordstream pipelines, which would allow him to bypass Ukraine, hit a wall when the German regulator refused to approve the use of one of them. If that wasn't enough, then Ukrainian companies were on the verge of developing gas fields in the black sea, and thus competing with Russian Gazprom in the European energy market.

The wars launched by oil dictatorships end badly. Oil dictators make decisions with only a small group of advisors who are loath to contradict them. The armies of oil dictators fight poorly, as the regime prefers to promote loyal officers rather than competent ones. As a result, both the Soviets in Afghanistan and the Iraqis in Iran got bogged down in protracted warfare, pre-war dreams about swift victory notwithstanding. Both regimes emerged from their invasions greatly weakened. As Russia's campaign in Ukraine exhibits the same morbid symptoms, its hard to think its fate would be any different.