Pedophilia, the Pope and the Jews

Gustav Schonfeld, M.D. formerly (1996-9) Chair of the Department of Medicine, Washington University in St. Louis School of Medicine, is a clinician, teacher, and medical researcher. He's the author of Absence of Closure. 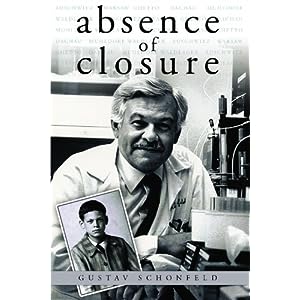 During the last few years, many Catholic priests have been accused of sexually abusing boys and girls.  In most cases, the children did not complain, but if parents found out they, too, kept quiet, because they either did not believe their children, wished to avoid embarrassment, were scared by the priests, or became convinced the civil authorities would do nothing.  When these priestly misbehaviors, which in fact are punishable crimes, were brought to the attention of their priestly supervisors, the bishops either did nothing, counseled the priests in house, or sent them to friendly psychologists or psychiatrists for treatment, and forgave them their sins.  Then, the Church transferred the priests to other parishes or schools where they had continuing access to children for abuse.  The crimes were not reported to the police.  Somehow the stories leaked out and created a media storm.

Hundreds of children reported having been abused.  The legal fallout for the Church reached hundreds of millions of dollars, sending some parishes into bankruptcy.  The details of priestly misbehaviors and of the terms of the court settlements were in many cases kept private, with the cooperation of the court system, sparing the U.S. Church the embarrassment that complete transparency may have wrought.

The Vatican reaction initially tended to blame the permissive milieu created by America’s immoral way of life [premarital sex, contraception, abortions] for the priestly infractions in the U.S.  In fact, some of the most negligent supervising bishops, e.g. the Archbishop of Boston, were given prestigious jobs in the Vatican hierarchy, confirming that in the Church’s view these dignitaries were not to blame.

Recently, similar reports have emanated from Europe.  One particularly disturbing set of news stories reported that the current pope permitted more than one pedophile priest to continue contact with children.  The size of the legal costs in Europe for the Church is not yet known.

As the scandal came closer to the Vatican, the defenses became more detailed:  that before any priest he could be punished, a foolproof case had to be made.  This took time.  Apparently, an interim separation from children until an investigation is completed is not a churchly practice.  Furthermore, the Church felt that psychotherapy and penance, combined with Christian forgiveness was sufficient to cure pedophiliacs.  They could continue to work in proximity to children, albeit in a different parish, where their histories of pedophilia would not be known..

One could argue that the relatively benign treatment meted out was due to the fact that the experience of pedophilia within the Church was lacking.  Hence, it could not know that its approach was insufficient to produce “cures” for pedophiliacs.  That is why it did not rid itself of its errant priests, or report them to the police.

This argument is not credible because men have not changed their carnal natures over the thousand years since the Church imposed celibacy on its priests.  It is much more likely that homosexual and heterosexual pedophilia is a long-standing well-hidden problem within the Church.  As recently as 150 years ago these infractions could be kept quiet because the Church had both moral and temporal power with which to impose its will.  Although its armies are gone, its moral power over politicians and the police persists even today in many places; in those places the Church’s secrets are still safe.  Should any secrets leak out, the church needs only “plausible deniability” and accusations of Catholic bashing and heresy aimed at its critics, relying on its well-placed allies to take care of the trouble makers.  It must be vexing for the Church to face the pinpricks of the press where the press is free to investigate, report, and comment.

Nevertheless, it is worth noting that despite the continuing pinpricks, a fully transparent defense strategy has not yet been deployed, probably because the Church, based on a risk/benefit analysis and on previous experience, felt confident that it was unnecessary.

An example of a largely successful previous experience with a “traditional” defense is the set of explanations provided for the pitifully inadequate response of the Vatican to the Jewish Holocaust during World War II.  While a number of priest and bishops spoke out against the Nazi persecutions, and some even actively helped by hiding and feeding the Jews, the Pontiff, Pius XII and his high functionaries strongly advised and practiced caution, so as not to antagonize the Germans.  Yet, despite strong indictments by Jewish and non-Jewish critics over the nearly seventy years since the end of the Holocaust, the Vatican has hewed to the line that it did what it could and deserves much more credit than it is given.  Yet it has refused to turn over documents in its archives which might help to exonerate it [or not].  In the meantime, the beatification of Pius XII is proceeding, albeit slowly, and no one has been punished or excommunicated, not the two priests who were leaders of Nazi puppet governments in Croatia and Slovakia, nor even Hitler.

The Church knows from its millennial experience that criticisms of it on various grounds wax and wane over time.  There is no hurry for it to act even on the most fact-based criticisms, given the celestial time and place in which the Church operates.  The professional lives of critics are finite, and succeeding generations of colleagues tend to ignore “old quarrels.”  In contrast, the Church’s institutional life seems infinite, and during troubled times it offers something its critics cannot -- salvation.

Thus, the Church need not provide full information about its scandals, as demanded by the press or even any government, it needs only to provide the minimum arguments, sufficient to mollify the general public, and to prevent a major rebellion among its faithful.  As the decades pass, and pedophilia and the Holocaust become unpleasant episodes that recede in memory, such blots on the Vatican as ever existed will gradually fade, and its narrative of noble aid to victims will become the governing history for its faithful.

For those who have not, I recommend a thoughtful reading of James Carroll's Constantine's Sword, a historical examination on the relationship between the Catholic Church and the Jews. The parallels are striking and one can only hope that Mr. Carroll is currently working on a book addressing the issue of pedophilia within the Church.

I think to believe that a reckoning of a few dozen (hundred?) individual priests will have the desired affect of cleansing the institution of its culpability is naive. The Church and its Popes have been doing this for centuries, admitting only that some undesirable elements within the Church or the greater evil of a modern culture and society are to blame - the church itself remains blameless. Remember, Papal infallibility, defined dogmatically during the First Vatican Council under Pope Pius IX is still part of the Catholic Sacred Magisterium.

It is about men (and women) in an unnatural situation. We don't hear about similar behavior among eastern Orthodox priests who can have a normal family (probably in the Orthodox monasteries the situation is similar to the Catholics). As long as old men wearing dresses can decide to force this unnatural behavior the situation will be the same.
Also it's not about the sexual revolution that begun during the 1960s. In the 14th century two great literary works "The Decameron" by Giovanni Boccaccio and "The Canterbury Tales" by Geoffrey Chaucer describe the same kind of behavior.
The cover up of the situation by Catholic church structure proves that the church is aware of it and there is no other way to deal with it but to reform and update the Catholic church for the 21st century.

Glad to see that religion is at fault for the poor educational results in the United States and not an inefficient system.

The Church and any religion in general is nothing more or less than an ideological enterprise based on absolute and ancient belief in supernatural.
The religious ideology is the worst of its kind, since it is not only claims its exclusivity and righteousness, but rejects all other ideologies as "heresies" and "unholy."
It is far from being a "club", since it is also brainwashes its followers from the very childhood and on with the most ridiculous tales/myths which run in complete contradiction to reality and life experience.
It is one of the main reasons why in the US (with high percent of populace being religious) the social and scientific awareness of the people is so low, making those folks to believe in any socio-political myth without any attempt to verify its main premises or even respective possibility.

So, what exactly do you think violating two millennia of rules do?

And...how will an apology and your rather draconian prescriptions make "any present and future cases of sexual child abuse disappear?" Will saying "we're sorry" reverse the hands of time?

Last I checked, confession of sin (what you're asking accused priests to do) is a matter between him and his Creator. Announcing it to the public is contrary to the sacraments of confession. Absolution does not require that a sinner be deprived of livelihood.

The Church "needs" to do nothing at all. The Church only needs the spirit of God to exist. It is a private club that does not need approval, sanction or permission, nor does it need advice from outside, either from pundits, politicians or potentates.

"They" don't even need you.

Apologizing is not enough. It’s important the Catholic Church apologizes for sexually abusing children, and they also apologize for covering it up and not punishing pederast priests, but that is just one step toward the solution. To show that the Catholic Church is ready, willing and able to rid itself of the pedopjhilia problem once and for all, and to ensure it does not happen again, it needs to take draconian measures. Starting now, the Church should:

1. Make a world-wide call to Catholics that were allegedly molested by priests to come forward
2. Within the next month, look at all cases of accused priests still alive
3. Defrock the priests
4. Hand them over with all available evidence and/or testimonials to the civil authorities for prosecution
5. Alert the victims and the press of all of the above

This will be a huge embarrassment to the Church in the immediate future, but will have the dual effect of restoring its moral standing in the long run, and will make any present and future cases of sexual child abuse disappear.