Arthur E. Goldschmidt Jr. is Professor Emeritus of History at Penn State University. He is the author of "Brief History of Egypt" (Facts on File, 2008). 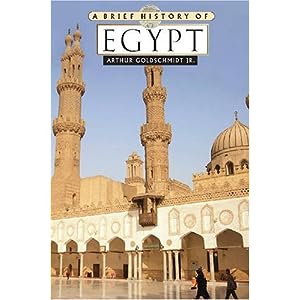 The success of the Egyptian people’s demonstrations in persuading Hosni Mubarak to resign from the presidency is remarkable and unique in Egypt’s modern history.  But to call it a revolution is premature.

We historians of modern Egypt recall Cairo’s popular demonstrations that helped bring Muhammad Ali to power in 1805, the military and popular uprisings that we commonly ascribe to Col. Ahmad Urabi in 1881-82, the nationwide revolution led by Sa’d Zaghlul against the British protectorate in 1919, the July 1952 military coup that overthrew King Farouk, the nationwide demonstrations of support for Gamal Abdel Nasser when he offered to resign following Egypt’s defeat in the June 1967 War, the 1977 Food Riots protecting the removal of price subsidies on popular necessities such as bread and cooking oil, and the Central Security Force Riots of February 1986.  We question whether any of these events constituted a revolution, a structural change in the political, economic, social, or intellectual lives of the people.

The historic dependence of the Egyptians on Nile River irrigation necessitated a strong, central control to regulate distribution of the annual flood waters and to protect the fellahin from nomadic invaders.  Egypt’s strategic position between the Mediterranean and the Red Seas made it a prize for foreign powers seeking regional or worldwide dominance, especially since the opening of the Suez Canal in 1869.  At no time between the Persian invasion in 525 BCE and King Farouk’s departure in 1952 was Egypt ruled by an Egyptian.

More significantly, Egypt’s social structure has always been a pyramid.  Not the stone structures that memorialize the ancient pharaohs and stand between the Nile Valley and the Western Desert, but the carefully demarcated class system that divides the wealthy, the powerful, and the well-connected from everyone else.  Until recently, the political, military, and landowning elite was mainly foreign.  As the old saying put it:  Fi bilad Misr khayruha li-ghayriha (“In the land of Egypt, what is good belongs to others”).  The military coup, usually called the 1952 Revolution, that brought General Muhammad Nagib and then Gamal Abdel Nasser to power also empowered many army officers stemming from lower and middle class Egyptian backgrounds.  But the class structure, like the Pyramids, has survived, even if members of the top echelon are increasingly ethnic Egyptians.  Since the decline of ”Arab socialism” in the 1970s, the gap between the rich minority and the poor majority has widened.  Corruption has spread, and President Mubarak is said to have amassed a fortune exceeding a billion dollars.

The demonstrations in Cairo’s Tahrir Square, Alexandria, Suez City, and many other Egyptian towns and villages were sparked by the Tunisian revolt against Zein al-Abdin ben Ali earlier in January, but fueled by resentment over Egypt’s rigged elections, economic inequality, high unemployment among educated young adults, abusive actions by State Security Police against Egyptian dissidents, and the Mubarak regime’s support of Israel against the Gaza Palestinians.  Many foreigners feared the inspiration of the eighty-year-old Muslim Brotherhood, but its members, cautious after many Egyptian government crackdowns, were slow to join the demonstrators.  It was easy to see that all were demonstrating against Mubarak.  It has been hard to tell what—or whom—they were demonstrating for.

In principle, the demonstrators want democracy.  Uneasy with the fact that the levers of state power will remain in the hands of army officers during an indefinite period of transition to democratic government, these idealistic young Egyptians have been slow to evacuate Tahrir Square as their country resumes its normal routine.  And no doubt a period of transition is essential to let a committee revise Egypt’s 1971 constitution, set up new elections for the Senate and the People’s Assembly, and of course to choose a new president.  Even if a new political structure can be designed for Egypt, it will take time for it to set about governing the country and starting to address its many problems.  It will take even longer for the economic and social structure to enable Egypt to revamp its schools, improve its health care system, and regain its leadership of Arab intellectual, cultural, and artistic life.

Meanwhile, Arabs in Algeria, Yemen, Jordan, and other countries have been inspired by the Egyptian demonstrators to demonstrate and possibly to rebel against their own unelected leaders.  The Israelis fear for their security if the revolutionaries prove to be Islamic radicals and denounce the peace treaties that Egypt and Jordan have signed with Israel.  Hamas in Gaza and Hizbullah, lately strengthened by Lebanon’s new cabinet, are rejoicing.  Formerly, Arab rulers could prop up their power and control the flow of information to their subjects by censoring periodicals and books, controlling radio and television stations, and relying on troops and secret police.  Then came transistor radios, tape cassettes, CDs, DVDs, satellite television, the Internet, Facebook, and Twitters to inform and empower defiant Arab citizens.

Many imponderables remain.  As Obama said on Friday, “Egypt will never be the same.”  Neither will the rest of the Middle East.

Arnold is heroically standing against the tide of truth once again. Yes, Arnold, the 1952 overthrow of King Farouk and the parliamentary monarchy was a "military coup." Recall that Nasser was a colonel and leader of a group of officers called "the Free Officers." Military forces were deployed to chase Farouk out of the country, also with advice and cooperation from US and British officials.

Another fatuous point that you seem to make is that somehow Egypt was a "free country" before the treaty with Israel. In Nasser's time, you seem to say, there was liberty and justice for all. Really, if that is what you meant to say, then it a very bizarre belief.

And of course you claim that Mubarak was a staunch ally of Israel. In some ways there was security cooperation. Gaza is governed by the Hamas, an offshoot of the Muslim Brotherhood which has been hostile to the Free Officers regime since Nasser's time. And, just coincidentally, a faction bent on genocide of the Jews [see Hamas charter, article 7]. So both Israel and Egypt had an interest in curbing Hamas power. And Israel and Egypt's very partial blockade of Gaza has been wholly justified. Here I think that Goldschmidt is misleading by seeing this as a move against "Gaza Palestinians," when "Gaza Palestinians" as a whole do not control what Hamas does. Rather Hamas controls them.

On the other hand, the state controlled Egyptian media under Nasser, Sadat and Mubarak have been consistently making Judeophobic propaganda against their populations. That means that they were preparing their population for future war against Israel.

Anyhow, Arnold, I just want you to know that you provide me with much amusement in your quaint Soviet and stalinist style fantasies.

perpetrated by the majority of Western historians and political observers (added currently by many Eastern European and Israeli ones) would have been laughable and totally failed attempt, if it has not had such terrible consequences for the nations through the practical, often violent and covert foreign policy implementations of the theoretical myths and severe a-historical distortions created by those "pundits" and "experts" by the Western
and Israeli governments/nations.

Just a cursory glance at some of Prof. Goldschmidt Jr. statements gives one a good illiustration to the
content of the previous sentence.

For overwhelming majority of Egyptians
the events of 1952 undoubtedly constituted a Revolution then, and still do it now. Not coincidentally,
when Abdel Nasser, that revolution's leader and national hero died tens of millions Egyptians literally cried in despair and grief.
No other Egyptian political or military leader in modern history has been loved by so many and hated by so few.
But Western reactionary ideologues and national imperial leaders know better and refuse to acknowledge that
as Revolution...

<Since the decline of ”Arab socialism” in the 1970s, the gap between the rich minority and the poor majority has widened. Corruption has spread, and President Mubarak is said to have amassed a fortune exceeding a billion dollars.>
Fair enough,... but who enabled and threw in virtually unquestionable (with ONE condition only - cooperation with Israel no matter what) support to the after 1970s' regimes that resulted in the quoted situation (not mentioning massive and egregious human rights violations that have not been a secret for decades)? The author of the article diligently stays away from even raising this kind of issues - they are too "delicate" to even touch upon for him...

Just a few from the author's obvious ideological camp had gained a courage
to openly named Mubarak a dictator.
The rest of them shy away from that factually correct and deserved characterization of the latest Egyptian ruler, in their own words on
just one exclusive reason: he maintained good relations and peace with Israel. It's like saying that the Soviet regime was not totalitarian just because for 40 years (since the end of WWII) it maintained good relations and peace with Finland (democratic capitalist country.)