A Better Way to Have Dealt With Osama bin Laden


by Steven I. Levine

Steven I. Levine is research faculty associate in history at the University of Montana in Missoula. He taught East Asian history and politics for forty years and is author, translator, or coeditor of several books, including America’s Wars in Asia: A Cultural Approach to History and Memory. His next book, The Arc of Empire: America’s Wars in Eastern Asia, 1899-1973, is coauthored with Michael H. Hunt and scheduled for publication by UNC Press in spring 2012. 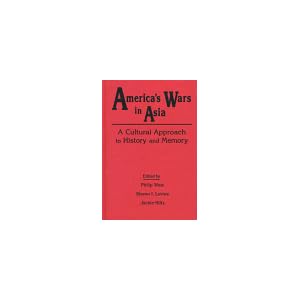 Revenge is the first cousin of justice, but not its identical twin.  Amidst the jubilation in our country and abroad over the assassination of Osama Bin Laden—for let us call it by its proper name—some thought should be given as to whether a better way presented itself to bring this mastermind of terrorism to justice once we knew where he was hiding.

That he is dead is undoubtedly a good thing.  In thrall to his own warped ideology, he placed no value on innocent human life.  He pursued his reactionary fantasy of restoring a universal Islamic caliphate through means of indiscriminate mass violence, in the process distorting and subverting the core values of Islam in whose name he professed to act.  So, yes, there is good reason for celebration, particularly if his death will reduce our decade-long obsession with terrorism which is far from the greatest threat to humankind our country and our world face.  It is now time to liquidate our misadventure in Afghanistan and allow the Afghans and their neighbors to sort things out for themselves.

After the horrendous tragedy of 9/11, the administration of President George W. Bush demanded that the Taliban government in Afghanistan hand over Osama Bin Laden so he could be brought to justice.  It was the Taliban’s refusal to do so that prompted our invasion of Afghanistan and destruction of the Taliban government with which, up until then, the United States had actually been cooperating on issues such as opium eradication.  Since then the war in Afghanistan has acquired a momentum of its own despite the fact that we were fairly certain bin Laden was somewhere in Pakistan and that the Al Qaeda presence in Afghanistan was minuscule.

Unlike Afghanistan under the Taliban, Pakistan is a longtime, if deeply conflicted, ally of the United States.  It is understandable why the U.S. did not seek cooperation from the Pakistani military or the duplicitous Pakistani intelligence agency—the ISI—before conducting its raid on bin Laden’s compound.  But what if President Obama had picked up the phone, called Pakistani President Asif Ali Zardari, and told him that Washington had virtually certain intelligence that Bin Laden was living in a compound just two hours’ drive north of Islamabad?  What if the U.S. president then requested that Pakistan’s forces arrest bin Laden and extradite him either to The Hague for trial before the International Court of Justice or to the United States for trial in a U.S. court or before a U.S. military tribunal?  Unlike Taliban chief Mullah Omar in Afghanistan in September 2001, Zardari could hardly have refused the request.  Pakistan forces were fully capable themselves of taking bin Laden either by an assault on the compound or by cutting off water, food, and other supplies to the compound and forcing bin Laden’s surrender.  Any attempt to allow bin Laden to escape under circumstances in which the United States knew exactly where bin Laden was hiding would have had such devastating effects on Pakistan’s relationship with the United States that no one in a position of authority in Islamabad would dare to risk America’s righteous wrath.

With bin Laden in international or, more likely, American custody, an open trial of the Saudi terrorist leader could have followed.  Legal precedents exist, namely, the Nuremburg Trial of Nazi leaders after World War II and the Tokyo War Crimes Trial of Japanese leaders after the Pacific War.  While neither trial was a model of impartiality, they generally followed appropriate judicial procedures, including the right of the accused to mount a defense, and established the fundamental principle of leaders’ responsibility for war crimes.

There may be objection on the grounds that bin Laden was the leader of an international terrorist organization, not of an internationally recognized state.  So what?  In civilized societies like ours, murderers are brought to justice in courts, not gunned down on the streets by vigilantes.  Bin Laden was an international murderer on a large scale.  By establishing his guilt in a court of law on the basis of the abundant incontrovertible evidence of his crimes that the U.S. government possesses, Washington could have confirmed that in our international conduct we are a nation that respects and seeks to strengthen international law in order to advance the cause of peace and protect our own security.

This is not to deny or demean the cool professionalism of the Navy SEALs who carried out their mission flawlessly. But President Obama, the former professor of law at the University of Chicago who is now our commander in chief, apparently preferred revenge to justice.  Let us pray that his decision does not come back to haunt us through another cycle of revenge killings by our foes.