We Live in an Age of Violence

Deepak Tripathi is the author of “Breeding Ground: Afghanistan and the Origins of Islamist Terrorism”(Potomac Books, Inc., 2011) and “Overcoming the Bush Legacy in Iraq and Afghanistan” (Potomac, 2010). 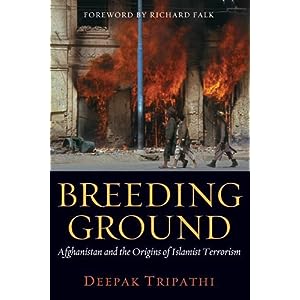 Just after the invasion of Iraq, historian Eric Hobsbawm noted there being an unprecedented world situation. “The great global empires of the past,” Hobsbawm wrote, “bear little comparison with the present United States empire. “A key novelty of the U.S. imperial project is that all other empires knew that they were not the only ones.” Nor did they aim at global domination.  The demise of the Soviet Union, however, left the United States as the only superpower.  The emergence of a ruthless, antagonistic flaunting of U.S. power in the post-Soviet world is hard to understand, he wrote, all the more so since “it fits neither with long-tested imperial policies nor the interests of the U.S. economy.”  Despite this, a public assertion of supremacy by military force was dominant in the policymakers’ thinking in Washington.  The question Hobsbawm asked was whether it was likely to succeed.

Apart from nationalistic passions witnessed in times of war, there are several myths associated with this industrial-scale killing and destruction.  That war is “good for the economy” and “good for population control” are among most often heard.  These myths obscure the fact that war mobilization creates an artificial and temporary economic cycle, and that the objective of population control must be realized by killing other people in distant lands.  Wars are destructive, not productive, and all imperial powers have eventually found the costs too great to bear.  Some empires draw back before their extinction, bur for others it was too late.  The Austro-Hungarian and Ottoman empires collapsed in the early twentieth century after spreading themselves too far.  Japan, an ally of Britain and France in the First World War, was defeated in the Second World War along with Nazi Germany, both having stretched their armies as a result of grave miscalculations.

The Soviet Union reached the end point in its history after the military defeat in Afghanistan and the failure to compete with the capitalist West in the arms race during the Cold War.  Although the United States prevailed, the only superpower left was in the midst of a socioeconomic crisis.  It took eight years of Bill Clinton’s presidency, marked by his aversion to fighting wars, financial reengineering and expansion of the markets abroad, to resuscitate the economy.  Clinton succeeded in turning the American economy around, but at great cost elsewhere.

Remember Congo, Ethiopia, Rwanda, Somalia and Sudan, where drought, war and famine took the lives of millions?  U.S. documents declassified several years later confirmed what many knew in 1994.  A decision by the Clinton White House not to intervene in Rwanda allowed the slaughter of some eight hundred thousand mostly Tutsis by extremist Hutu gangs in a hundred days.  The trend continued until European allies dragged Clinton to intervene in ex-Yugoslavia to protect ethnic Albanians in Kosovo.  The U.S. intervention was from air and the NATO bombing of the rump Federal Republic of Yugoslavia in 1999 followed, until Slobodan Milosevic gave in.  For other reasons, too, Yugoslavia was different.  Milosevic was an ex-Communist turned Serbian ultra-nationalist and the expansion of the Yugoslav conflict to Kosovo was seen as a threat to stability in other parts of Europe.  Milosevic was isolated even in eastern Europe and Russia, the only friendly power, was grateful for all the help the Clinton administration had given it to cope with the crisis in the wake of the Soviet Union’s collapse.

We now live in an age of unprecedented violence.  The actors are different, for the Cold War is over and there is no other nation to match the United States in a military sense.  The problem is that unmatched military superiority has its own perils, as seen in recent years.  Reliance on coercive power as the primary method of convincing others corrodes the moral fiber of society, creating a world shorn of human sensitivity, justice and a stable order.  Fighting wars abroad is a function of loathing, which cannot be directed against the external enemy without infecting societies within.  The penchant for stereotyping the other is frequent, true self-examination is uncommon.  Ruling elites use language that is polarizing.  They are tempted to favor coercive methods against some sections of their own populations to placate others.

Assertions of the “failure of multiculturalism” and proclamations of “muscular secularism” in America’s European satellites are signs of an anti-intellectual environment in which rulers and subjects feed each other.  Indolent thinking, copycat political debate and repeated sound bites create an artificial consensus in the West that seeks to hide real problems.  There is little realization that it contributes to the same intolerance which it claims to counter.  While Western denunciations have been focused on Islam, the terrible massacre by Anders Behring Breivik, a Christian fundamentalist on the Norwegian far right, should give these Western leaders a pause to reflect.  Breivik also used a language of denunciation of multiculturalism, but backed his hatred with deadly effect and on his own people.

In the current age of violence, the United States is openly involved in wars in Afghanistan, Pakistan, Iraq, Yemen, Somalia and Libya and very likely engaged in Syria, Iran, Columbia and other countries.  It makes Barack Obama’s war agenda somewhat comparable to Ronald Reagan’s during the final phase of the Cold War.  As well as wars, violence in the form of drought, hunger and famine is causing intense suffering in much of east Africa, from Somalia across Ethiopia, Kenya, Sudan and Uganda.  Warning signs of the looming disaster were already there as early as April 2008.  Now it affects eleven million people and is growing.  Such is the scale of culpable negligence.  The twenty-first century age of violence began under George W. Bush’s presidency.  More than two years into the Obama presidency, it is reaching catastrophic proportions.  In light of numerous forces, domestic and foreign, challenging the United States, the idea of exceptionalism is a tired myth.