Acknowledging History to Right a Wrong 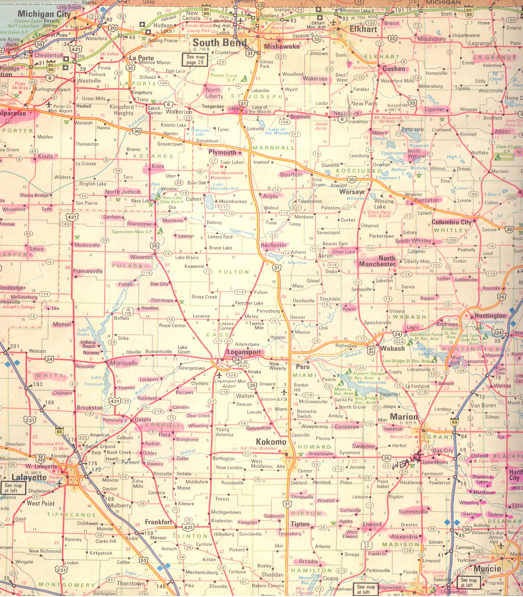 Near Goshen, highlighted in pink, are other probable sundown towns.

Sociologist James W. Loewen is the author of "Lies My Teacher Told Me" and "Sundown Towns:  A Hidden Dimension of American Racism."


On March 17, 2015, the mayor and city council of Goshen, Indiana, passed a resolution to acknowledge and transcend its past as a sundown town. This resolution is unusual in its direct citation and use of historical materials. It does this in a series of “Whereas” statements that lead to a final conclusion: “It Happened, It Was Wrong, It’s A New Day.”

Between 1890 and 1940, more than 200 towns and counties in Indiana became sundown towns -- places that were "all-white" on purpose. Goshen was one of these towns. To be sure, it stopped enforcing its ban both formally and informally some years ago. Now this resolution clearly moves Goshen beyond its sundown past.

Goshen begins by citing the Census, which “reported that the Negro’ population of Goshen in 1890 was 21, but by 1910 it was 2.” Then the city directly admits its sundown past:

"WHEREAS historical studies by multiple independent researchers confirm that Goshen was a “sundown town” for approximately the first two-thirds of the 20th century;"

The city also admitted that it used to brag about its racial composition:

"WHEREAS the Goshen City Utility, the Goshen Mayor’s Office, and the Goshen Chamber of Commerce put the City’s exclusionary reputation in writing in a number of publications from the mid-1930s to the late 1970s;"

Goshen then cited more recent and more positive events, such as establishing a “Diversity Day” in 1996 and placing “We Promote Tolerance” signs at its corporate limits in 2000. These “whereases” then lead to a final section:

“NOW, THEREFORE, AS THE COMMUNITY OF GOSHEN, INDIANA,

“Acknowledge the racist and exclusionary aspects of Goshen’s “sundown town” history, along with the pain and suffering that these practices caused;

“…. [seek] equality and justice for all;

“Pledge to work toward the common good in building a community where people of all races and cultural backgrounds are welcome to live and prosper;

“And summarize this resolution in nine words: It happened, it was wrong, it’s a new day.”

The entire resolution is available here. Other former (or persisting) sundown towns in Indiana and across the United States now have an example to follow, a way to acknowledge and transcend their white supremacist pasts, and a step to take toward racial harmony. Had Ferguson, Missouri, for example – a suburb that tried mightily to become a sundown town between 1940 and 1960 but did not quite succeed –  debated and then passed a similar resolution, it might have given up its “DWB” policing years ago. Then it might have avoided the racial polarization that has now made the place notorious.