Blogs > Intentional Insights > Should You Be Worried About the New COVID Strains? (Video and Podcast)

Should You Be Worried About the New COVID Strains? (Video and Podcast) 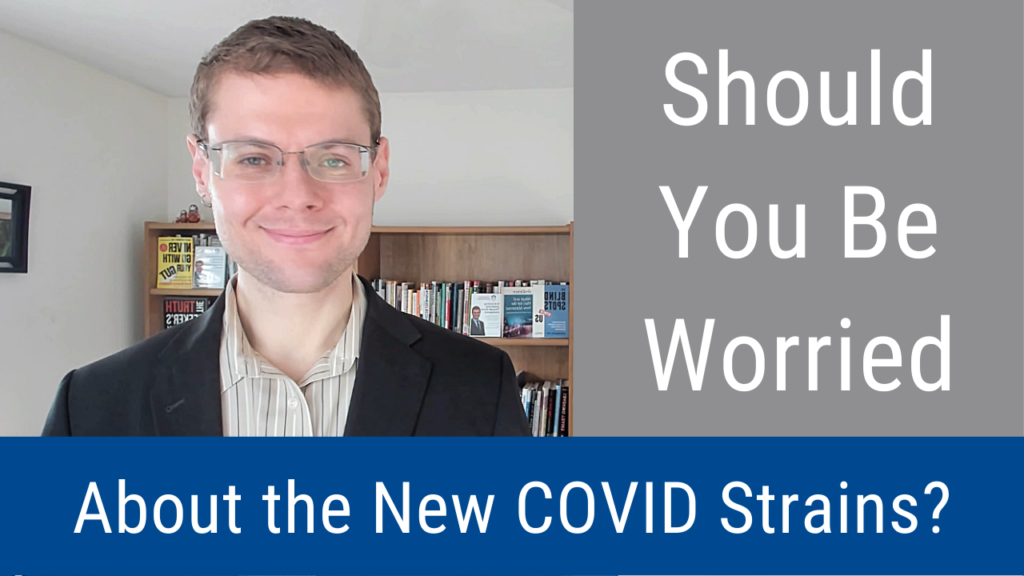 We greatly underestimate the dangers of the new COVID strains due to cognitive biases such as normalcy bias, hyperbolic discounting, and planning fallacy. We need to change our plans drastically to adapt to the new reality. That's the key take-away message of this episode of the Wise Decision Maker Show, which answers the question: should you be worried about the new COVID strains?

Video: “Should You Be Worried About the New COVID Strains?”

Podcast: “Should You Be Worried About the New COVID Strains?”

Bio: Dr. Gleb Tsipursky is an internationally-renowned thought leader in future-proofing and addressing cognitive biases. He serves as the CEO of the boutique future-proofing consultancy Disaster Avoidance Experts, which specializes in helping forward-looking leaders avoid dangerous threats and missed opportunities. A best-selling author, he wrote Never Go With Your Gut: How Pioneering Leaders Make the Best Decisions and Avoid Business Disasters (Career Press, 2019), The Blindspots Between Us: How to Overcome Unconscious Cognitive Bias and Build Better Relationships (New Harbinger, 2020), and Resilience: Adapt and Plan for the New Abnormal of the COVID-19 Coronavirus Pandemic (Changemakers Books, 2020). He has over 550 articles and 450 interviews in USA Today, Inc. Magazine, CBS News, Time, Business Insider, Government Executive, Fortune, The Chronicle of Philanthropy, Fast Company, and elsewhere. His expertise comes from over 20 years of consulting, coaching, and speaking and training on change management, decision making, and risk management strategy. It also comes from over 15 years in academia as a behavioral scientist, including 7 as a professor at Ohio State University. Contact him at Gleb[at]DisasterAvoidanceExperts[dot]com, LinkedIn, Twitter @gleb_tsipursky, Instagram @dr_gleb_tsipursky, Medium @dr_gleb_tsipursky, and register for his free Wise Decision Maker Course.