The History of the World Keeps Changing. Literally.

Odd Arne Westad is professor of international history at the London School of Economics and Bancroft Prize-winning author of "The Global Cold War." He has thoroughly updated J.M. Robert's classic text "The History of the World" for its sixth edition, just published by Oxford University Press. 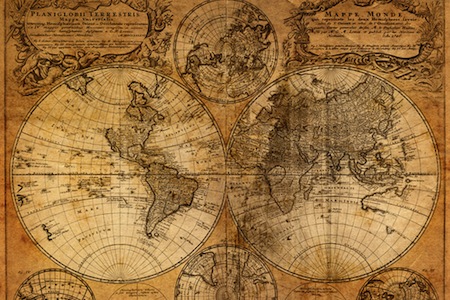 Excerpted from "The History of the World, Sixth Edition" by J.M. Roberts and Odd Arne West. Copyright © 2013 Odd Arne Westad. All rights reserved.

John Roberts was a remarkable historian, whose one-volume history of the world is probably the finest ever produced in English. When I first read it, as a teenager growing up in a small town, I was struck by the scope of it all: Roberts does not just recount history, he tells it; he presents the great outline of human development without losing track of the big stories that drove it forward. He has an eye for the unexpected, for the sudden departures, for that which needs explanation because it does not fit easily with what went before. He believes, deeply, in the human capacity for change and transformation, while never making history teleological, never believing that one part of our history points only to one possible outcome. Roberts understands the complexity of history, but also the need to tell it simply, so that the largest possible number of people get the chance to reflect on what has created the world we live in today. In sum, he was the kind of historian I wanted to be.

I was therefore very pleased when, many years later, Penguin asked me to attempt a completely revised sixth edition of Roberts’s masterpiece. In 2007, after John Roberts died, I wrote an updated fifth edition: it turned out to be a very difficult task, since my work had to consist of adding small pieces to an unfinished revision that the author himself had carried out, just prior to his death in 2003. It made me want to do a fully revised version, which -- while being as true as possible to the author’s intentions -- took our historical knowledge forward in directions Roberts could not possibly have been aware of when he did his work. [This book is] now ... therefore much more than an update; it is a reworking of the text based on new knowledge and new interpretations. It is, I hope, a new world history for a new century.

The first edition of this book appeared in 1976, after Roberts had begun work on it in the late 1960s. It was well received both in Britain and in America, and some reviewers already then called it "a masterpiece" and "an unrivalled world history for our times." Some saw it as too "academic" to win over a larger audience (one reviewer felt that it was too ‘difficult’ for his undergraduate classes). Others criticized it -- in line with the mood of the times -- for being too "elitist" or too focused on the rise of the West. But the general reading public appreciated Roberts’s power of synthesis and composition; his History was a best-seller from the very beginning, and has since sold more than half a million copies. It was the readers, not the reviewers, who made it the predominant history of the world in print today.

John Roberts continued to revise his History through several different stages of historiographical development in Britain, where he lived and worked. His own views did not change much, though there are discernible steps in his revisions of the text. The history of the non-European world became increasingly important to him, as did the early modern era (and especially the sixteenth century). The older Roberts was perhaps less pre-occupied with the significance of cultural differences and with open-ended outcomes to history than the younger man had been. But these were not fundamental changes; most of the text remained intact between the first and the fifth editions.

Revising a text that one much admires involves a constant (and very pleasurable) conversation with its author. Roberts and I agree on most approaches to history: the general needs to take precedence over the particular, and historical processes that keep affecting us today are of greater importance than those that do not (even if they were important in their own time). Roberts put it well in his preface to the fifth edition:

I sought from the start to recognize, where they could be discerned, the elements of general influences which had the widest and deepest impact and not just to collect again accounts of traditionally important themes. I wished to avoid detail and to set out instead the major historical processes which affected the largest numbers of human beings, leaving substantial legacies to the future, and to show their comparative scale and relations with one another. I did not seek to write continuous histories of all major countries or all fields of human activity and believe the place for exhaustive accounts of facts about the past is an encyclopedia...

...I have sought to stress matters which seemed important, rather than those about which we knew most. Louis XIV, however prominent in the history of France and Europe, can therefore be passed over more briefly than, say, the Chinese Revolution.

The general, the major, the essential. These were key aspects of Roberts’s world history, and I hope they remain as much in focus for me as they were for him.

When we disagree (most often provoked by new gains in our under- standing of history), the conversation turns into a difference of opinion, in which I mostly prevail (though he does sometimes, through sheer obstinacy). For instance, we both believe that world history in the period from the sixteenth to the twentieth century was dominated by the rise of the West. We disagree, however, on the roots of this ‘great acceleration’: Roberts believed that significant parts of them go deep, back to antiquity, while I find their main branches much closer to the surface in the middle part of the second millennium AD. The practical consequences of this particular disagreement in terms of revisions are slim, however: my revision of Roberts’s text on Greece and Rome is not influenced by whether or not I think that the predominance of European societies in the nineteenth century was caused by developments stemming from antiquity.

My main revisions for the sixth edition have been as follows: I have rewritten parts of Book One to incorporate the remarkable gains in archaeological and anthropological knowledge of early human life on Earth made over the past decade. I have extended the treatment of India and China in Books Two to Four. I have added new knowledge on major migration patterns in Books Four and Six and have revised the discussion of Central Eurasia, early Islam, and of the late Byzantine empire. And I have extended the treatment of the history of science, technology and economic issues in Books Seven and Eight. Finally, I have added to the presentation of the social and cultural roles of women and young people where it is right to do so, based on what we know today. I am of course aware that new interpretations and new knowledge of history will be added constantly, and perhaps at a more rapid pace now than in the past (history, it is often said, is not what it used to be). But many of the constants remain, as the great unifiers of human history. Roberts and I agree, for instance, that exchanges and engagement between human cultures have generally been more important than the confrontations between them, and that this pattern is likely to continue in the future. Here is Roberts again, from the preface to the fifth edition:

New interpretations of the meanings of events are offered to us all the time. For instance, much has been heard recently about a clash of civilizations, presumed to be under way or on its way. This assertion, of course, has been heavily influenced by a new awareness of both the distinctiveness and the new excitability of the Islamic world in the last few decades. I have indicated ... my own reason for rejecting this view ... as inadequate and over-pessimistic. But no one could fail to recognize that there are, indeed, multiple tensions building up between what is loosely called the ‘West’ and many Islamic societies. Both with conscious intention and unconsciously, sometimes even accidentally, profoundly disturbing influences from the West have now been at work to disrupt and trouble other traditions, Islam only one among them, for the last few centuries (the notion of ‘globalization’ is emphatically not to be seen in terms merely of the last few years).

John Roberts attempted to make his History a way of understanding how peoples and individuals interacted, and how such interactions became webs of meaning and significance that always had more than one outcome. I hope that my revised edition serves that purpose, too. If the study of history is to be meaningful for as many as possible, then there is a need to emphasize not the short term, but the long term, and to understand the endless human potential for change.