White Men and Their Guns 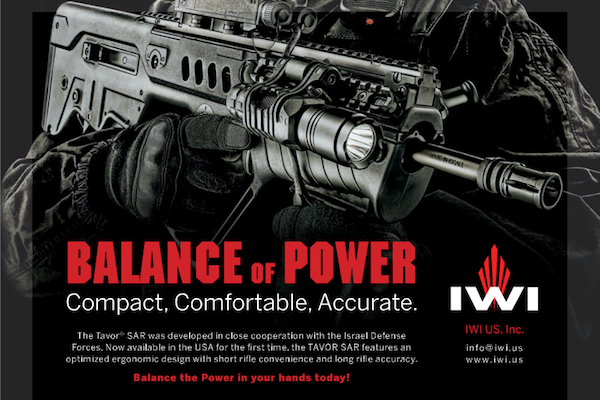 Ad from the American Rifleman for the Savor Semi-Automatic Rifle.

Perhaps we are asking the wrong questions in our national gun control debate. The issue is not whether we should have gun control laws in this country -- or what they should be.

The issue, really, is why so many white middle-American men view any effort to regulate firearms as an assault on their very identity -- and thus fight sane and rational laws as if their lives and liberties were at stake.

And the answer may have less to do with guns themselves than with the diminishing status of white men in America over the last few decades.

According to data from both the Pew Research Center and the General Social Survey, while the percentage of Americans who own guns has declined in recent years, our nation remains awash in firearms, and the reason is that middle-aged white men are buying more and more guns, and gun ownership has become increasingly concentrated among them.

A study published in 2007 by The Injury Prevention Journal found that 13 percent of Americans -- mostly men -- own four or more guns, and the 20 percent of gun owners with the most guns possess about two-thirds of our nation’s stockpile.

The likelihood that these men will own a gun increases the farther they live from a city, yet it's not because they are hunting more. When the General Social Survey asked men if they hunted in 2012, only a quarter said yes, compared to about 40 percent in 1977.

So guns are no longer merely functional hardware for the enjoyment of outdoor sports and hunting. Increasingly they have become something else: totems of manhood and symbols of identity for a cohort of white, middle-American, rural and exurban men.

Consider the ads that gun manufacturers run to lure their buyers.

Glock guns give men "confidence to live your life." The Walther PPX handgun is "Tough. Very Tough." The Tavor Semi-Automatic Rifle, gripped menacingly by a faceless man wearing a sniper's jacket and shooting gloves, will restore the "balance of power" to anyone holding the gun.

Ads often invite men to imagine themselves as warriors in camouflage taking on a hostile world. Buying a Bushmaster semi-automatic "confirms that you are a Man's Man, the last of a dying breed, with all the rights and privileges duly afforded."

In other words, guns give these men strength, status, power, and respect -- exactly what many white men feel they have been hemorrhaging ever since the 1960s.

The late historian Richard Hofstadter, in his seminal Pulitzer Prize winning book The Age of Reform, describes how men who are "losing in status and respect" in society -- who feel "bypassed and humiliated" by a changing economic and social order -- typically cling to an idealized past, lash out against the perceived usurpers who have taken away their Eden, and fight to regain the "power and status" they feel is "due them."

Hofstadter was attempting to explain the rise of the late-nineteenth century Populist Movement, but his status anxiety model applies to the white male gun culture today. Bearing arms has become, in essence, an emblem of defiance and strength.

It wasn't long ago when broad-shouldered white men dominated our culture, and their very status as breadwinners gave them power and pride. We applauded their physical might and hard work, which made our factories hum and economy grow. They were the pillars of our community, unrivaled as heads of families and icons of the "real America."

In the decades following World War II, a lunch pail and hard hat were unquestioned symbols of a robust and respected middle-class. These men may have benefited from the racial and gender discrimination that gave them a monopoly over manufacturing jobs and the construction trades, but from their perspective, they played by the rules and earned their piece of the American Dream.

But in the decades since, the American Dream hasn't been so kind to them.

Manufacturing, which during the post-war years buoyed the white middle-class with stable work and decent wages, has declined precipitously from nearly 30 percent of all jobs in 1960 to about 10 percent today. Despite a near doubling of our population since then, we currently have 4 million fewer manufacturing jobs.

Median income has flatlined as well even though productivity has soared and the country overall has grown wealthier. White men 45 to 54, in their prime working years, made $50,195 in inflation adjusted dollars in 1970 and $49,041 in 2012, according to the Census Bureau. It's even worse, as the National Journal points out, for men with only a high school diploma, whose income has declined by a fourth. So they all run hard but still lose ground.

Nor are jobs and income the only measures of their declining status. Muscle and brawn equaled respect in the post-war years, and it was hard to avoid the Charles Atlas ads in which the musclebound guy got the girl and humiliated the nerd by kicking sand in his face.

But now, in our knowledge economy, we admire and awe the brainy elite and erstwhile geek whereas the musclebound working man has become déclassé.

Adding insult is that liberal intellectuals that used to venerate blue-collar virtues have now embraced and acclaimed the exact group that yesteryear’s working class rejected as unmanly and effeminate, gay men, thus turning the masculinity power structure of old upside-down.

The American racial tableau has changed as well, with sturdy white men no longer occupying their hitherto role as "real Americans" in the popular imagination and instead representing a retrograde America that harbors unseemly prejudices unfit for an educated and diverse society.

These white working-class men suspect that minority gains in America are not earned through hard work but are ill-gotten through special privilege and dispensation from an all-too eager caste of liberal elites, who according to these white men have turned the merit system in America on its head. Small wonder that the one cohort most opposed to Barack Obama in both 2008 and 2012 were white men.

"An innocent and victimized populace" is how Hofstadter described the Populist worldview of over a century ago, and that may well apply to the self-image of many white men today.

So how do these white men restore the strength and prestige of their idealized past? For many it’s through guns, which instill fear particularly among the urban and educated elites who hold the levers of power and status in society today. "Balance the Power in your hands today!" is how the Tavor Semi-Automatic Rifle ad puts it.

Just as an educated suburbanite drives a Prius as a badge of virtue, a man walking with a holstered or open carry gun -- or with the emblem of the politically fearsome National Rifle Association affixed to his pick-up truck or car -- shows his power to all that can see.

When these men parade their firearms in a Starbucks, Walmart, or local pub, it’s not to deter crime, which is what they always claim, but to summon our deference.

In 1975, the NRA published a Fact Book on Firearms Control that endorsed “reasonable regulation” such as a “waiting period between purchase and delivery,” recordkeeping requirements for “manufacturers, importers, dealers and pawnbrokers,” laws that “control all machine guns and destructive devices,” and the enforcement of “reasonable conditions” for those “wishing to carry a concealed firearm.”

But that was before white working-class men began their free fall and the NRA seized on their anxieties. Propose that 1975 agenda today and the NRA will call you an enemy of law-abiding citizens.

Power is status. Guns give men power. And that is how white men are able to recapture the glory that was once all theirs in the United States.