Revisiting the FBI's War on the American Left

Jeremy Kuzmarov is J. P. Walker assistant professor of history at the University of Tulsa and author of Modernizing Repression: Police Training and Nation Building in the American Century (Massachusetts, 2012) and The Myth of the Addicted Army: Vietnam and the Modern War on Drugs (Massachusetts, 2009). 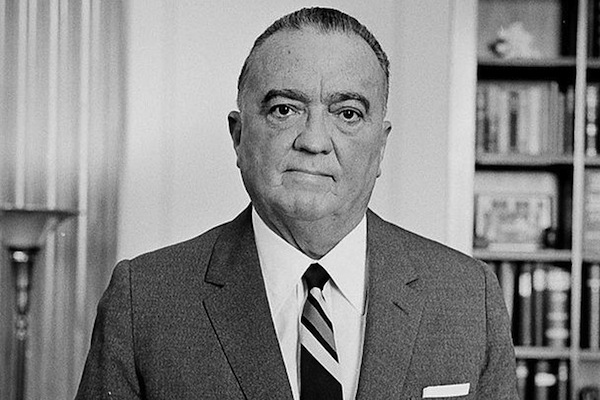 In addressing the age-old question of why a viable socialist movement or labor party never developed in the United States, historians have emphasized the absence of class conflict owing to the lack of a feudal heritage, racism and nativism among the white working class preventing solidarity along class lines, and the prevalence of the Horatio Algers myth that anybody in America can become rich if they work hard.

Another important factor, sometimes overlooked, is government repression of leftist groups when they arose. Betty Medsger’s new book, The Burglary sheds important insight on the break-in by antiwar activists at an FBI office in Media, Pennsylvania that resulted in exposure of secret counter-intelligence and surveillance operations known as COINTELPRO. Building on World War I-era and colonial policing practices in the Philippines and the Caribbean, COINTELPRO was established in 1956 with the aim of “disrupting, harassing, and discrediting” the American Communist Party and other “subversive” organizations through “creative” and “aggressive” methods, including the dissemination of “black” propaganda (misinformation). The targets of COINTELPRO came to include a wide spectrum of the American left, including civil rights activists such as Paul Robeson and Martin Luther King Jr., and the antiwar and student movements. Its tactics included efforts to get Martin Luther King Jr. to commit suicide by threatening to expose his extramarital affairs, and there are still open questions as to whether the FBI was complicit in King’s assassination.

David Cunningham’s study There’s Something Happening Here shows how FBI boss J. Edgar Hoover was far more tolerant of the Klu Klux Klan, which he viewed as patriotic though prone to violence, compared to left-wing groups. Seth Rosenfeld’s Subversives details the FBI’s infiltration of the Berkeley Free Speech movement, its spying on university president Clark Kerr and collaboration with Ronald Reagan, whose rise to the governorship the agency assisted.

The FBI was highly effective at using saboteurs to infiltrate and foment dissension within the New Left and encouraged counterproductive forms of protest, contributing to its eventual implosion. Robert Hardy, an FBI informant, testified that he led thirty antiwar activists in a raid on a Camden, New Jersey, draft board in 1971, teaching them “how to cut glass and open windows without making a noise . . . how to open file cabinets without a key.”As this case reveals, COINTELPRO resulted in myriad constitutional violations, including illegal surveillance, blackmail, and collusion with police, as in the murder of Chicago Black Panther activists Fred Hampton and Mark Clark. The American Indian Movement and the Panthers were subjected to the greatest repression, and many of their members were imprisoned or killed. Joshua Bloom and Waldo E. Martin’s 2013 book, Blacks Against Empire, provides chilling details of how COINTELPRO infiltrated the Panther organization and fomented splits and paranoia among its members, leading in some cases to murder.

After its exposure in 1971, COINTELPRO was repudiated by the American public. The report of the investigating committee headed by Senator Frank Church, an Idaho Democrat, characterized it as a “vigilante operation” involving fundamentally undemocratic techniques. Nevertheless, COINTELPRO provided a model for political policing operations promoted internationally under the USAID’s Office of Public Safety (OPS), which was linked to training in torture techniques. Numerous FBI agents served in the OPS, including director Byron Engle, who took a three month course at the FBI’s training center. According to political scientist Thomas Lobe, the Kennedy administration saw in Engle “a perfect blend of deep commitment to civilian police work as an important and worthwhile occupation in society and an appreciation for the darker areas of political police intelligence,” which he had learned from Hoover.

The FBI undertook its first international police operations in the 1930s, training the secret police of the Chinese Guomindang in the use of lie detectors, police dogs, weaponry, and electronic surveillance, and during World War II worked with police agencies in Latin America to track down Axis power sympathizers. Owing to faulty intelligence and paranoid fears of subversion, many rounded up in these campaigns were rivals of U.S.-backed dictators or German Jewish refugees forcibly interned alongside a few genuine Nazis in the Texas desert. In spite of its flaws, as the sociologists Cecilia Menjívar and Néstor Rodríguez point out, the program was significant in the evolution of the Bureau’s practices. It put in place a “new science and technology of surveillance and social control, a bureaucratic method of following ‘suspects,’ gathering information from ‘informants’ or ‘interrogations,’ keeping files, constructing ‘lists,’ and centralizing ‘data’ at high administrative levels,” which was foundational to COINTELPRO and its international counterparts.

Mark Twain once commented that by “trampling upon the helpless abroad” Americans have learned, “by a natural process, to endure with apathy the like at home.” Confirming Twain’s maxim, Alfred W. McCoy in Policing America’s Empire: The United States, the Philippines and the Rise of the Surveillance State, profiles the career of Col. Ralph Van Deman, the “father of American military intelligence” and the “blacklist.” After over a decade spent subduing nationalist forces in the Philippines, Van Deman developed a massive surveillance network in California which provided information to the FBI on leftists from the first red scare through the heyday of McCarthyism. American Civil Liberties Union attorney Frank Donner characterized Van Deman as “one of the giants of anticommunism, a super-hawk . . . a phobic nativist ‘red-hunter’ whose undercover network penetrated not only the Communist Party but a whole spectrum of liberal targets, including religious, civil rights, and labor organizations.”

The history of COINTELPRO generally shows that if challenged, America’s ruling classes will respond as most ruling classes do: with a mix of ruthlessness and cunning to prevent far-reaching social change. They have been quite effective historically in exploiting the divisions and weaknesses of the American left, crushing it before it became a unified force capable of transforming the status quo along more egalitarian and pacifistic lines. The Media burglars included two college professors who were leaders in the Philadelphia antiwar movement. They were motivated by a desire to expedite the end of the Vietnam War and to expose the abuses of J. Edgar Hoover in his surveillance of antiwar groups. They succeeded remarkably in their goals, and we have them to thank today for enabling us to better understand the nature of American state power and its repressive underside.