Kenneth Weisbrode is a writer and historian. His latest book is On Ambivalence: The Problems and Pleasures of Having It Both Ways (The MIT Press, 2012). 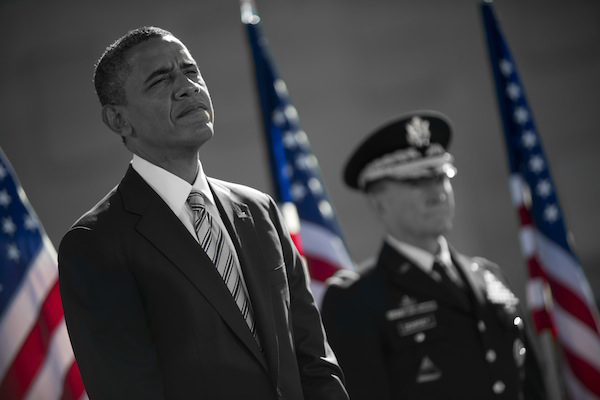 The historian Michael Kammen died recently. He wrote many books about many subjects but he won just one Pulitzer Prize for a book that is no longer so well known. People of Paradox was published just over forty years ago. In it Kammen refashioned the traditional doctrine of the two spheres -- Old World and the New -- into an American template (called “biformity”) divided between the escape from European traditions and an improvement upon them. The result has been, for some two centuries, a nation of tense, bitter and sometimes hostile binary opposites that are nevertheless mutually dependent and constructive.

Such paradoxes persist in the qualities of leadership Americans want and get. Last year's commemorative succession -- from the fiftieth anniversary of King’s March on Washington and of Kennedy’s assassination to Mandela’s prolonged death watch and funeral -- emphasized the other worldliness of traditional leaders who spoke in a language that is not often heard today. Several reasons have been given for the fact that Mandela’s funeral was the largest since Churchill’s. One was Mandela’s status as the last representative of a particular kind of leader and leadership that no longer appears obsolescent but also obsolete. This makes Barack Obama’s invoking there the words pronounced beside Lincoln’s death bed -- “Now he belongs to the ages” -- strangely apt.

Our own age find few leaders who stand for something larger than themselves. Obama came into office claiming to be just that. But even his most loyal supporters have stopped describing him in this way. He is now praised for his caution, his thoughtfulness, his dedication to the job. But not for his other-worldliness.

The other type, Carlyle’s great man, may someday come to be seen more as an anomaly in history than it now is. Napoleon made him the mouthpiece of the masses, and the masses do not exist in the same way. Our politics have reverted to a form and a style that recalls the moving “transactional” kaleidoscope of the eighteenth century more than it does the ideological juggernauts of the late nineteenth and twentieth. “A bunch of ward heelers,” was Richard Nixon’s description of his European counterparts, apart from Charles de Gaulle, whom Nixon was said to idolize. A similar juxtaposition was not lost on a weary de Gaulle, who, when asked why he made the exertion to cross the Atlantic to attend Eisenhower’s funeral, said, “I must. I am the last one left.”

Today’s leaders may be just as self-conscious, or delusional. But their scope of influence is much smaller. Some years before Kammen wrote of paradoxes, the Columbia University professor Richard Neustadt produced his Presidential Power, a book that much inspired John F. Kennedy and helped Neustadt land a role as a Kennedy confidant.

Neustadt had once been an employee of the Bureau of the Budget, in the Truman administration. This began, he said, his long career as a “president watcher.” The takeaway line from this book is the one that nearly every president has since been told: his power is the power to persuade. But presidents must do more than persuade to succeed in the job. They must inspire and they must execute. They must, in other words, lead.

Very few people are good at all three things. Obama initially scored high on inspiration and, until recently, on executive management. But he has never been rated much of a persuader, as he has admitted on more than one occasion. He has made up for that with persistence, and some degree of luck. The paradox here is almost self-evident. Getting things done by attrition or by waiting for your adversaries to trip up is not really getting things done. The unpersuaded can always regroup.

Presidents who recognize the deficits in their character tend to find others to fill them. Wilson had House. Roosevelt had Hopkins. Truman had Acheson. Nixon had Kissinger. G.W. Bush had Cheney. These partnerships were not necessarily exclusive. Others also mattered. In the first and last cases, the presidents’ wives also played important roles at particular moments. The same is evident, anecdotally, with Obama. He appears to get much emotional reinforcement from his wife, who may go down as the most influential first lady since Nancy Reagan.

This president nonetheless appears to prefer the vocation of judge, and organizer, not leader. What struck many people as idiosyncratic when he first took office has hardened into a caricature called leading from behind. Yet there is a difference. Organizing means inspiring others to take the lead by giving them direction and tools. Leading from behind is still leading, just away from the public gaze. It’s possible to do both if you are someone like Jean Monnet, known today as the father of European integration and a formidable lobbyist whose method was to exert power through the use of elite working groups. But Monnet never held elective public office. It’s much harder to combine the two roles if you are constitutionally front and center. Eisenhower is the only twentieth century president who has got credit for doing it. But his credentials as a leader were well established before he became president. And his audience was smaller and possibly tamer.

The conflation of these two forms of politics is symptomatic of our current mood. All politicians have had enemies and critics. But few have survived a public so reflexively dismissive of leaders. If they’re up there, it’s our job to tear them down. The mood shifted from one that championed executive power to one that is, paradoxically, perhaps, more self-reliant. Historians have dated this shift, in the United States at least, to the post-Kennedy years -- that is, during the short period between the publication of Neustadt's and Kammen's books. Ronald Reagan later provided a brief exception. Obama promised another one.

But Obama (born in 1961) has cast himself as a post-paradoxical figure: the man who stood above racial and other divisions, who erased the lines between blue states and red states, and who reminded Americans of the value of e pluribus unum -- what Kammen touted as a “stable pluralism.” Yet if the president embodies all this at once, how can he inspire the rest of us to transcend it? And how can we transcend it while continuing to grant him the prerogatives of leadership? As his presidency coasts toward the second half of its second term, he has lowered his sights, at least in public. But the ego that thrives on solitary self-abnegation may be the most paradoxical of all.

The country and perhaps the president have come to realize that paradoxes may be undesirable but that the alternative -- a cycle of disappointed expectations -- is worse. Obama is said to admire Reagan’s transformational talents. But Reagan also built an alliance with Tip O’Neill and a partnership with Mikhail Gorbachev, paradoxes be damned.