Lewis and Clark Only Became Popular 50 Years Ago 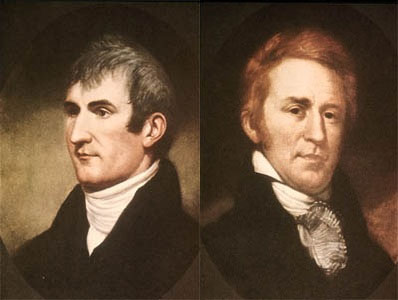 The legend of Lewis and Clark is today so deeply ingrained in our national memory, as the predecessors to the age of Davy Crockett and his wild frontier and to dying of dysentery on the Oregon Trail, that it's difficult to imagine a student of history not knowing about their historic journey. But our modern image of Lewis and Clark—exalted heroes of American exploration—is a fairly recent phenomenon. For nearly 150 years after their expedition, the nation almost forgot about Meriwether Lewis and William Clark completely.

"It really is an interesting rollercoaster, from the invisible to the iconic," explains James Ronda, the H. G. Barnard Chair in Western American History, emeritus at the University of Tulsa. "If you look all through the 19th century, they might be mentioned in a single line, even in to the 1920s and 30s, they end up getting wrapped up with the Louisiana Purchase, which is not what they were initially involved with."