Have You Got a Shot at Being Elected President? The 1 in 10 Million Odds (Or Worse)

Cody J. Foster, is a Ph.D. student in history at the University of Kentucky and an alumnus of the University of Cambridge and Indiana University. He has been published in the Journal of the Historical Society. You can follow him on Twitter: @codyjfoster 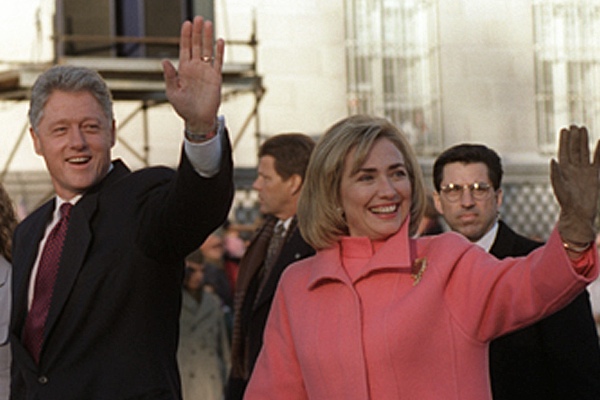 Hillary Clinton is touring the country with her new book, Hard Choices, fueling speculation that she is preparing for a 2016 presidential bid. Instead of focusing on Terry Gross’ unusually controversial interview with the past Secretary of State, I began thinking about Hillary’s relationship to a previous American President and the odds of calling the White House “home” in the first place.

Given that there have only been 44 presidents in the past 225 years, and that the odds of dodging the mudslinging and moving into 1600 Penn are some 1 in 10 million – how can it be that so many American presidents are related to one another?

The 1 in 10 million odds are even more intimidating when you take these 14 executives out of the mix. The “People’s” House starts to look more like the family cottage.

In other words, we might be able to predict presidential victors based solely on genealogy. But that’s not all! We can get even more precise if we can determine whether any given presidential candidate has royal blood.

12-year old BridgeAnne d’Avignon of Salinas, California made genealogical news when she discovered that all but one president (none other than the wildly popular Martin Van Buren) were direct descendants of one man who signed the 1215 Magna Carta - King John of Great Britain. Many immediately claimed that only the Illumanati could be behind such a conspiracy. It’s more likely that the King had a vibrant “social” life and unknowingly became the Abraham of the American Presidency.

Much of this is said tongue-in-cheek as statistical predictions should be left to the seemingly prophetic Nate Silver. Nevertheless, there remains a nugget of truth to this political oddity. Hillary’s odds of winning the presidency by relationship to Bill Clinton (#42) not only exponentially increase her chances of winning, but her success will lessen the odds that YOU will ever be elected to the presidency. And let’s face it - you don’t have a right to take an heirloom away from the exclusive First Family.