In World War II these Two British Sisters Worked as Spies. Then the War Ended and so Did Their Chance for a Liberated Life

Susan Ottaway is the author of "A Cool and Lonely Courage: The Untold Story of Sister Spies in Occupied France." 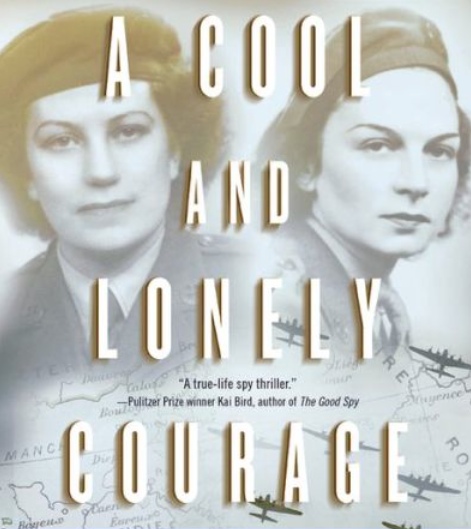 At the end of World War I the women who had filled the peacetime roles, made vacant while the men were away fighting, found themselves back at the kitchen sink; housewives once more with their contribution to the victory largely ignored. Rather than increasing their roles in the world after the conflict, they were expected to relinquish them in favor of the returning men.

When Germany invaded Poland in September 1939 and World War II began, British women again filled the positions their mothers had taken during the first war. Once more they had the opportunity to prove to themselves and the nation that they were capable of succeeding in tasks formerly reserved solely for men. But it was not something they had necessarily chosen for themselves; it was a great sacrifice in many cases but it was the only way the country could survive without its menfolk. Amongst their many tasks during World War II the women farmed the land, worked in munitions and aircraft factories, became nurses, manned anti-aircraft batteries (although they were not thought capable of firing the guns), became motor mechanics and drivers, and ferried aircraft for the Royal Air Force. They endured the bombing raids and those who remained at home with their children spent nights in waterlogged Anderson shelters, public air raid shelters or sleeping in Tube stations. Many emerged when the ‘All Clear’ sounded to find their homes demolished and their possessions gone. But despite the real hardships that many women suffered they kept their families together, refusing to be downhearted by the dire conditions in which they were all living. 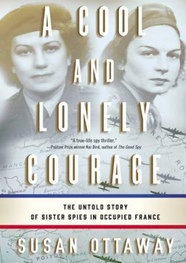 There was a small group of women who were approached for more unusual work with a covert organization known as the Special Operations Executive (SOE). They were selected for secret duties because of their language skills and their suitability for clandestine work and were sent as secret agents to Nazi occupied countries to be radio operators or couriers.

Two such women were the sisters, Jacqueline and Eileen Nearne. Born in England they moved to France as children with their two brothers, their British father and their French born, half Spanish mother. Like many other women engaged in this hazardous way of life, they spoke fluent French and came from a well-to-do family. Because their work was so secret they were enrolled in an organization called the First Aid Nursing Yeomanry, and were known by the rather unfortunate acronym of FANYs. This allowed them to hide the real nature of their work behind positions such as truck drivers, nurses, cooks and other mundane but necessary roles. Not only was their work secret, it was very dangerous. The lifespan of a radio operator was calculated to be no more than two months and couriers were in constant danger of being discovered on trains or when staying in hotels. If caught the female agents were given the same treatment as their male counterparts. Many of the women were captured, some were tortured and others executed. Some died in particularly horrible circumstances.

Jacqueline Nearne worked for 15 months without a break and was regarded by the leader of the French section of SOE as being one of the best agents he had in France. Eileen was captured after four months sending and receiving a total of 105 messages, and was tortured by the Germans before being sent to a prison and then onwards to Ravensbrück concentration camp and several other work camps.

Both girls did survive but life in peacetime Britain was not what they had expected. Surely after the work they had undertaken the women would be able to take on much more important peacetime roles than those allowed to their mother’s generation. But, despite the personal sacrifices they had made, they were still treated as though their wartime roles had been no more than those who had remained in Britain. Men who had undertaken the same work as the sisters were given military awards, while Jacqueline and Eileen Nearne became Members of the Order of the British Empire (Civilian). The French section leader who remained in London until the dying days of the war was appointed Officer of the Most Excellent Order of the British Empire, a more prestigious award altogether although many of his decisions had caused untold hardship to his agents and even death to some of those sent to France. He clearly had no idea of the horror that Eileen had been made to suffer. When he heard that she had escaped from captivity he left a rather snide little comment on her personal file saying that she was not as good as her sister but that he was, nevertheless, pleased to hear of her survival.

Eileen had had two ambitions–she wanted to train as a beautician and, later, thought she would like to be an air hostess. She also liked children and, had she not been taken on by SOE, it was likely that she might have married and had a family of her own. Instead she spent time in a special clinic trying to recover from the conditions she had had to endure in Ravensbrück and in the labor camps. She was sent from one doctor to another, none of whom restored her to the carefree girl she had been before the war. She eventually devoted her life to looking after others and never once complained about the loss of the life she might have had if she had not been an agent for SOE.

Despite obtaining a position with the nascent United Nations, Jacqueline did not reach her full potential either. She enjoyed the work she did as a liaison officer in the department of Protocol and Liaison and was well respected for her contribution to the organization and the way she helped the delegates to whom she was assigned. But in her wartime role she had travelled through an occupied country, dodging the enemy, helping the Resistance with their work, so vital that many lives depended on it and she had even taken charge of groups of hot-headed young members of the Resistance. She too never married and, had she been a man, may well have achieved a far higher status within the UN.

Neither sister ever complained about the lack of recognition or the sacrifices each had made for the country of their birth or that of their family home. The war had certainly given them very different experiences from those they could have looked forward to had there been no conflict but, when peace was finally achieved, they were treated in the same way as the previous generation had been treated after World War I and no different from any of the other women who had put their lives on hold for the sake of the nation during World War II.