This Historian Has Written Six Books About Wartime Christmases. Now He Explains Why.

Stanley Weintraub is an award-winning author of notable histories and biographies, including the bestselling books on wartime Christmas seasons Pearl Harbor Christmas and Silent Night. A National Book Award finalist and Guggenheim Fellow, he earned a Bronze Star as a young officer in the Korean War. He lives in Newark, Delaware. 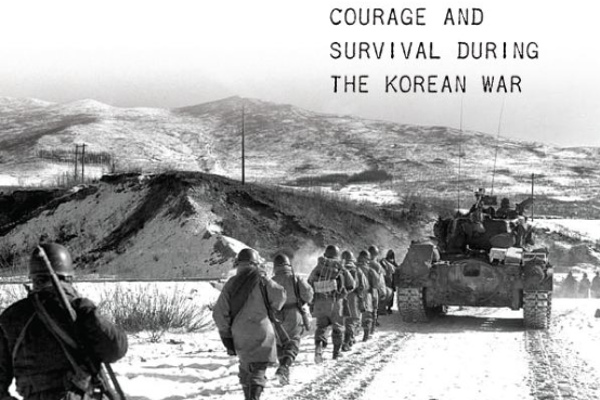 A Christmas Far From Home: An Epic Tale of Courage and Survival during the Korean War (Da Capo Press) is my sixth and probably last book about a wartime Christmas. It is fitting that it is about the war in which I served as a young army officer.

In the 1980s, researching a book about Armistice 1918 (A Stillness Heard Round the World: The End of the Great War), I discovered the spontaneous 1914 Christmas Truce, then believed to be mostly myth. It was very real—and a moving interruption in the carnage. The result was my Silent Night (2001), still in print. It led to other wartime Christmases, unanticipated outgrowths of books I was writing on the American Revolution, the Civil War, and in two further books about World War II: on the Christmas following Pearl Harbor in 1941 and the Battle of the Bulge in 1944. 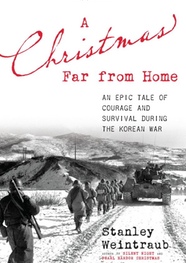 Christmas in the West rivets the attention of both friend and enemy when they share the same culture, and the event, replete with thoughts of the holiday at home, can heavily impact morale. The Nazis, while eschewing Christmas in their warped ideology, nevertheless blared loudspeakers across the lines in the ice and snow of the Bulge to the trapped 78th Infantry Division, “GIs, how would you like to die for Christmas?”

In MacArthur’s War (2000) I wrote about the months in which General MacArthur oversaw forces repelling the North Korean invasion of the South, and then ordered troops into the North. As winter approached the Red Chinese intervened massively and the general’s poor intelligence and worse tactics nearly resulted in gut-wrenching catastrophe. Unintended consequences often follow command overreach. Believing in the reality of his fantasies, MacArthur had boasted that he would unify Korea by Christmas and have his troops home for the holidays, or at least en route home. He had not spent a night on Korean soil during the war, before or since, flying in for brief photo ops and grand announcements, then returning for dinner to Japan, where he commanded the Occupation—until sacked by the feisty Harry Truman.

There was only space midway through my narrative for a few pages about the fighting withdrawal, in below-zero ice and snow, to the sea, mostly by the First Marine Division, for the hazardous evacuation southward. Much new information had surfaced since that book, largely from aging veterans, some of their memories harrowing, other recollections ranging from remarkable to astonishing. To cross a chasm 4,000 feet deep, under fire and buffeted by icy winds, required the first air-dropped bridge in warfare—parachuted Treadway girders linked in darkness by intrepid combat engineers.

Home-for-Christmas became a vanishing dream but troops would see Christmas in metaphors, forests, flares and shellfire. A Marine recalled that the snow-covered landscape “looked like one gigantic Christmas card, except that it was on fire.” Another noted, “Man, the hills around us on both sides are lit up like Christmas trees.” Troops with clusters of hand grenades—no ornaments these—strung across their chests looked “like a walking army of Christmas trees.”

At three in the afternoon of Christmas Eve the last of ninety-three ships pulled away from Hungnam harbor. Equipment and supplies that could not be loaded aboard were blown up in pyrotechnic pre-Christmas fireworks. Yet the escape remained unfinished—a dramatic rescue still to come that I will withhold for readers of the final pages.

I spent two Christmases far away from home in wartime Korea. I do not expect to write another book in which Christmas is a factor. I have run out of appropriate wars.