Congress May Approve the Keystone XL Pipeline, but History Shows How the Debate Has Shifted Against Energy Producers

Matthew K. Kahn is a Ph.D. student at Northwestern University. His dissertation is tentatively titled "To Conserve or Develop: The Politics of Energy Extraction and Environmental Protection, 1969-1980" 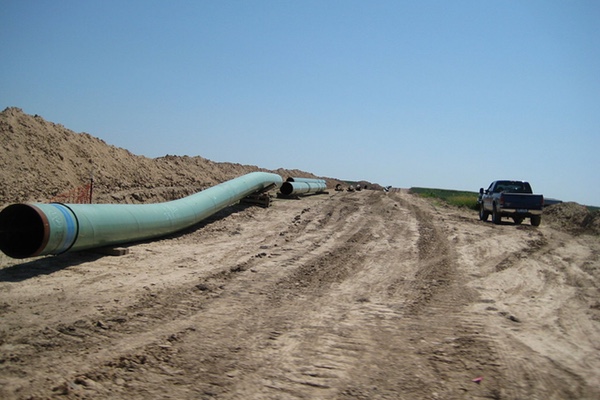 Congressional leaders in both the House and the Senate moved on Wednesday to vote on the Keystone XL pipeline, hoping a decision on the controversial pipeline will help decide a runoff election for a Senate seat in Louisiana. The pipeline, if approved, would transport heavy oil 1,179 miles from Canadian tar sands in Alberta to Steele City, Nebraska and then through existing pipelines to refineries in the Gulf Coast area. The proposed pipeline would serve as a major conduit bringing tar sands oil to domestic and international markets. Announced in 2008, the Keystone XL pipeline has since come under fire from environmentalists and today sits at the epicenter of larger conversations about the environmental impact of energy development and energy consumption. If both houses of Congress pass legislation to approve the pipeline, they would force President Obama to decide to either sign the bill authorizing construction or deliver an unpopular veto. The president has shown reluctance to rule on the pipeline as he waits for the courts to resolve legal challenges to the project, but a bicameral congressional action may force his hand.

While the controversy surrounding Keystone XL stems from contemporary conversations about climate change, it also echoes past conflicts between energy developers and environmental groups over pipeline construction. These pipeline debates were especially prominent in the 1970s as policymakers labored over environmental concerns and energy shortages. In 1973, for example, Congress authorized construction of the trans-Alaska pipeline, superseding ongoing legal battles and ending five years of environmental obstruction. This is the resolution that today's pipeline supporters hope to imitate by pushing approval of the Keystone XL pipeline through Congress. But while the narrative arcs of the two pipeline controversies appear to be converging, the circumstances surrounding approval of the pipelines suggest different trajectories in the political balance between energy and environmental concerns.

Between 1969, when the project was announced, and 1973 when President Richard Nixon signed the Trans-Alaska Pipeline Authorization Act, the trans-Alaska pipeline faced similar scrutiny to the Keystone XL pipeline. Oil companies proposed the Alaska pipeline after discovering rich oil deposits along Alaska's remote North Slope. The proposed pipeline would bisect long stretches of untouched public lands to carry petroleum 800 miles from the arctic to the port city of Valdez, where tankers would transport the oil overseas to the lower 48. President Nixon and his secretary of the Interior endorsed the route but environmentalists waged a stiff campaign against hasty construction. The pipeline, they argued, threatened local wildlife, would damage fragile permafrost, and failed to account for Alaska's frequent earthquakes. They utilized new environmental laws to stall the pipeline until the petroleum companies adequately addressed the pipeline's harmful environmental impacts.

The environmental obstruction of the Alaska pipeline lasted five years and only weakened as new anxieties about domestic energy supply emerged. In the early 1970s, as American energy production peaked and consumption continued to climb, informed observers noted that an energy crisis loomed. Without changes to America's energy production or consumption, the country faced acute shortages on the horizon. In this context, the trans-Alaska pipeline seemed the necessary panacea to oncoming energy woes. While fears of energy crisis grew in Washington, so did political support for the pipeline. In the summer of 1973, both houses of Congress passed bills to override remaining legal impediments to the pipeline, an action similar to those taken in the House and Senate this week. A few months later, in the wake of an embargo imposed by the Arab petroleum exporters, President Nixon signed the new legislation authorizing the pipeline. Nixon approved the pipeline in the midst of the country's most pronounced energy shortage since World War II, signaling a transition from an era of energy abundance to a new era governed by energy needs.

The Keystone XL pipeline debate mirrors the controversy surrounding its Alaskan predecessor. Environmental groups, as they did in the 1970s, also oppose the new pipeline. Keystone XL, they argue, represents "an environmental crime in progress" for its reliance on tar sands oil. Oil products refined from tar sands burn dirtier than conventional oil, releasing as much as 37 percent more carbon than regular gasoline according to the Sierra Club. The increased emissions from tar sands oil intensify the growing threat of climate change, a decades' long trend of warming global temperatures caused largely by increasing levels of carbon and other greenhouse gases in the Earth's atmosphere. By blocking the Keystone XL pipeline, environmentalists hope to prevent the consumption of this dirty fuel.

Keystone XL's advocates disagree. They claim that impeding the pipeline will not prevent the consumption of Canadian tar sands. Instead, they say that Canada will continue to develop their energy reserves without American involvement. Blocking the pipeline, they suggest, will only exclude the United States from economic benefits of Alberta fossil fuel development. TransCanada, the consortium constructing Keystone, argues that a pipeline carrying tar sands oil from Canada to the Gulf is necessary, valuable, and inevitable.

But unlike the approval of the trans-Alaska pipeline, which followed the biggest event in the history of American energy shortage, the pending decision on the Keystone XL pipeline will occur only days after one of the country's most significant steps to curb the harmful effects of energy consumption. On Wednesday, as congressional leaders announced their intention to vote on Keystone XL, President Obama and Chinese President Xi Jinping introduced a joint agreement to cut carbon emissions. While the agreement promises only cautious steps to roll back emissions, it marks a historical first step in a joint effort between the two biggest energy consumers. The US and China agreed to mitigate the fossil fuel pollution that causes climate change and its associated global impacts. Meanwhile, Congress prepares to authorize the transportation of a fuel source that exacerbates the same problem.

So while the two pipeline decisions appear similar on the surface, they reflect very different trajectories in the political balance between energy and environmental concerns. Congress's approval of the trans-Alaska pipeline, coming in the wake of the Arab oil embargo, portended an era that emphasized the rapid development of domestic energy reserves. By immediately following the momentous bilateral emissions agreement reached by the US and China, the Keystone decision suggests not a nation ready to embrace its high-carbon energy options, but rather the dying gasp of a partisan position that is growing more and more untenable from both a political and scientific perspective. Energy interests will win more legal battles against the environmental adversaries, but unlike the circumstances of the 1973 decision that showed a new embrace of domestic energy development, the political debate surrounding today's decision marks a reluctance to continue along that same path.