The Genius of American Evangelicalism

Matthew Avery Sutton is a professor of history at Washington State University in Pullman, and the author of “American Apocalypse: A History of Modern Evangelicalism” (Harvard University Press). 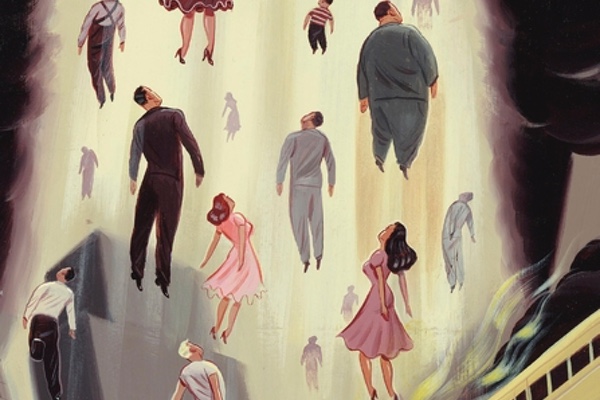 American evangelicalism is thriving. In the midst of fears of a new global pandemic, ever-evolving terrorist threats, a sputtering international economy, and turmoil in the Middle East and around the world, the evangelical faith continues to expand. This is no coincidence. As global conditions have worsened, evangelicalism has become increasingly relevant.

The secret of evangelicalism’s success lies in two almost paradoxical principles: first, evangelicals believe that the battle of Armageddon and Second Coming of Christ is imminent, and second, they believe that Jesus has nevertheless called them to “occupy” this world until that imminent return. These convictions work in concert to inspire in evangelicals bold, relentless, unapologetic, and aggressive action unparalleled in modern Christendom. 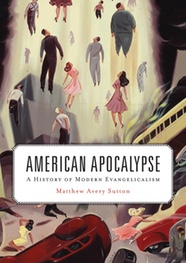 Evangelicals’ great-grandfathers and mothers, the men and women who coined the term “fundamentalism” in the early twentieth century to signify their return to the basics, or fundamentals, of the Christian faith, thought that they were living in a post-Christian era. They believed that the world was careening rapidly towards a series of cataclysmic events described in biblical prophecy. They were sure the apocalypse was coming. And soon. Time counted and the faithful believed that it mattered how they spent every minute of their lives.

Unlike more mainstream Protestants, they did not expect to see a righteous and holy kingdom of God established on earth. Instead, they taught that the Holy Spirit would soon turn this world over to the Antichrist, a diabolical world leader who would preside over an awful holocaust in which those true believers who had not already been raptured to heaven would suffer interminable tribulations.

But just when all hope would seem lost for those still on earth, fundamentalists taught that Jesus would return with an army of saints to defeat the Antichrist at the literal Battle of Armageddon. His victory will pave the way for God to establish a millennium of peace and prosperity, a new heaven and a new earth.

As a result, fundamentalists and their evangelical descendants have continuously preached that the time is nigh, invoking the most horrific events of the last century and a half as incontrovertible evidence of the looming tribulation.

Just about every major fundamentalist and evangelical preacher, radio evangelist, and tent revivalist has made the Second Coming a core component of his or her work, and some like Hal Lindsey and Tim LaHaye have popularized apocalyptic beliefs through best-selling books. They relentlessly keep the hopes—and anxieties—of the faithful at fever pitch.

Evangelicals’ work defies conventional wisdom. The early opponents of the movement believed that apocalypticism fostered indifference and apathy. Rather than work to reform this world, so detractors said, evangelicals had their heads lost in the clouds. This critique has stuck.

Evangelicals have never been indifferent to the world around them. In fact just the opposite. Although they have felt sure that the global apocalypse is imminent, they believe that it is never too late for the individual, the nation, or the world to be reborn. As God saved Nineveh in response to Jonah’s preaching, so too might he delay Armageddon if his saints are faithful in their work.

Evangelicals understand Jesus’s command to “occupy till I come” (Luke 19:13) as an unambiguous call to engage in this world. And occupy they have. Evangelicals’ apocalyptic sensibilities have instilled in them a confidence and a sense of determination that demands constant action. They believe that they have to wield their influence and power as effectively as possible to prepare the world for the end of days. Jesus is coming soon to separate the sheep from the goats, and they want to be ready.

They also recognize that obedience has its benefits. No matter how dire the circumstances, no matter what challenges they face, they are certain that they will ultimately prevail. Like the faithful virgins in Jesus’s parable in Matthew 25 who had properly prepared for the return of the bridegroom, they are always ready.

Evangelicals’ effort to “occupy” has taken overt social and political forms.

Their apocalypticism creates a very particular ideology and a very particular form of cultural engagement. It fosters in believers a sense of urgency and certainty and a vision of the world defined in absolute terms. While theologically liberal Protestants emphasize patience, humility, willingness to compromise, and tolerance on a range of important issues (at least in terms of ideals if not always practices), evangelicals believe that they are engaged in a zero-sum game of good-versus-evil.

Evangelicals have created a unique, morally infused American social and political ethic, one that challenges the long democratic tradition of pragmatic governance by compromise and consensus. They have no time or regard for incremental change, or for reasoning with those who differ with them, or for mediation, or for gradual reform. They call for drastic and instantaneous solutions to the problems they see around them. Such sentiments have seamlessly aligned with the political ideals of some members of the Republican Party.

With time running out, evangelicals intend to shake the world. They seek instant redemption, immediate transformation. Hence Billy Sunday preached Prohibition and Jerry Falwell extolled the virtues of limited government and Billy Graham harangued against gay rights while each simultaneously believed that the end was near. They were preparing the world for the final judgment, hoping to redeem as many people as possible before all was lost. Theirs was a politics of apocalypse.

As evangelicals’ power and influence has grown in the twenty-first century, they are investing more in this world than in preparing for the next. Yet recent polls suggest that the majority of evangelicals are as convinced as ever that they have no time to waste.

And that is all the incentive evangelicals need to continue to spread their faith—with all of its social and political ramifications—as aggressively and widely as possible. Evangelicalism, perhaps better than competing faiths, provides millions of people navigating a chaotic and seemingly meaningless world with purpose, significance, and incentive for action. That is its genius.