The Opera that Joe Stalin Hated Is Back 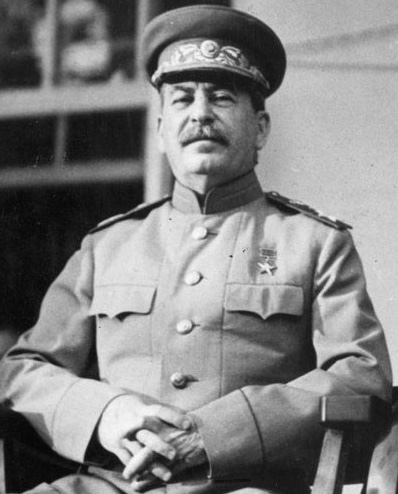 The opera that Joe Stalin hated is back. The theater curtain has replaced the Iron Curtain.

In January, 1936, after two years of huge success in the Soviet Union, South America and New York, a Moscow theater produced Dmitri Shostakovich’s opera Lady Macbeth of Mtsensk, the story of a nineteenth century woman who had a torrid extra-marital affair. In attendance was Soviet dictator Joseph Stalin, sitting in a luxury box with his entourage. Those who seated him said Comrade Stalin was in an ugly mood when he arrived. His box was pretty close to the brass and percussion section of the orchestra and he cringed at their loud music. According to Simon Volkov’s book Shostakovich and Stalin, those watching him said he did not applaud at the end of the acts; he just sat stone-faced. Suddenly, without any warning, he rose at the end of the third of the four acts, a scowl on his face, pulled his coat on and stormed out of the theater. Everyone gasped and Shostakovich began to shake.

It is not good when Joe Stalin is angry at you.

The damage to the play, and the composer, were nearly irrecoverable. Two days later, after nothing but glowing reviews for the opera over two years, the government newspaper, Pravda (a mouthpiece for the Communist government) published a scathing review of the work, one of its harshest condemnations ever. The Pravda critic said that “singing is replaced by shrieking. The music quacks, hoots, growls and gasps to express the love scenes as naturally as possible.” The unnamed critic (many believed it was Stalin himself) wrote that “The listener from the very first minute is stunned by the opera’s intentionally unharmonious muddled flow of sounds. Snatches of melody, embryos of musical phrase drown, escape and once again vanish in rumbling, creaking and squealing.”

And, the critic added ominously, there is “nothing to resemble classical music, nothing in common with symphonic sounds, with simple accessible musical speech. This is leftist muddle…”

He added that the success of the work overseas was “tickling the perverted taste of the bourgeoisie with its fidgety, screaming, neurotic music” He wrapped up by saying that “the ability of good music to enthrall the masses has been sacrificed on the altar of petit-bourgeois formalism…such game can only finish badly.”

Shostakovich was “white with fear,” said a friend at the opera that evening. Music writer Tim Ashley wrote in London’s Guardian in 2006 that Shostakovich was so afraid of Stalin’s wrath that he stopped all work on his Fourth Symphony.

Shostakovich was so terrified of what might happen next that he packed a small suitcase, the kind thousands wary of an arrest by the secret police packed, and kept it next to his bed.

Now, in one of its rare revivals, the notorious Lady Macbeth at Mtsensk is back at the Metropolitan Opera House, in New York, where it is running through November 29 and then, undoubtedly, will have other productions around the world. This opera with a political history followed The Death of Klinghofer, that was protested by hundreds when it opened at the Met last month.

Protests against Lady Macbeth at Mtsensk? Not even a peep from a Moscow mouse.

Western critics have, in fact, admired the opera for nearly 80 years. Of its 1994 debut at the Met, New York Times critic Edward Rothstein wrote that “this opera is also one of our great masterworks of the century.”

Shostakovich was a rising star in the Soviet arts world in the winter of 1936. He had written three symphonies, the opera, concertos and a film score. Just 30, he had the world at his fingertips.

Ten days after criticizing Lady of Macbeth, Pravda savaged Shostakovich’s ballet, The Limpid Stream, and called him a “sick and high handed fraud.” Shostakovich, terrified, never wrote another opera or ballet. Why was Stalin so mad at Shostakovich? Some said he was annoyed at the sexy bedroom scene in act one. Others said that he was angry at all people in the arts and chose this opera to make his point and begin a long campaign of denouncing writers and composers throughout the country. The dictator never actually said publicly what set him off.

The composer came under heavy fire on all fronts. Many of his fellow writers and composers, eager to appease Stalin, denounced Shostakovich at meetings. Newspapers crucified him.

He did have some friends who supported him. They wished that they had not. Several were shot, others were shipped to Gulag prison camps in Siberia and still others tossed into local Moscow jails and left there for months. Several members of his family were also imprisoned.

The badly rattled composer was never arrested and many said that was because Stalin thought he could use Shostakovich for political purposes. The composer became a great patriot when World War II began. He wrote his much heralded seventh symphony, “The Leningrad,” that debuted in 1942 and was called genius throughout Russia, especially by Stalin. The symphony, that hailed the heroism of the Soviet people in the war, was performed often and applauded by critics all over the world.

In 1949, Stalin and Shostakovich were at each other’s throats again. Stalin wanted the composer to travel to New York to attend a peace conference but Shostakovich would not go because Stalin had censored his friends’ works. Grudgingly, Stalin ended the censorship and the composer went to New York. Shostakovich continued to fight for artistic freedom for himself and his fellow artists all of his life.

Could this happen in America, today? It is difficult to imagine any American opera being nearly ruined if President Obama walked out on it. Actually, given his low job approval ratings, it might boost ticket sales.