This Is How Katrina Was Experienced by First Responders 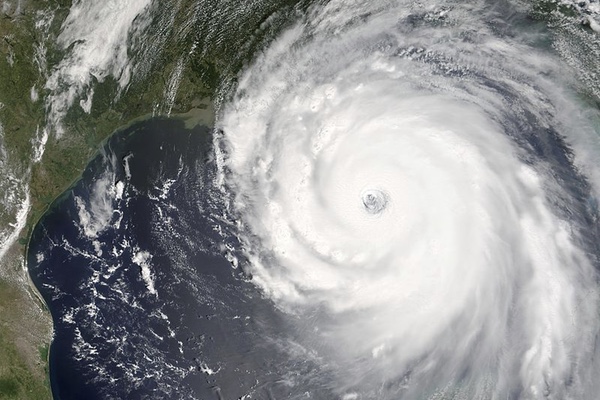 The evacuation of the inmates from the Orleans Parish prison and the treatment of these inmates during the process was a topic of intense media attention in the years following Hurricane Katrina. This attention fed into the overarching Katrina narrative that was being created by the media that whatwent wrong in New Orleans in the aftermath of the storm was largely due to bad action or inaction on the part of first responders. The social meltdown in New Orleans in Katrina’s aftermath was perceived then as the fault of FEMA, the New Orleans Police Department, the Sheriff or the Department of Corrections. 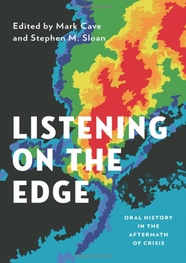 During the years of recovery each trial of a police officer for conduct following the storm and every piece of investigative journalism unearthing another act of misconduct gave people a sense that we were correcting what went wrong after Katrina and gave people a feeling that the city was moving beyond the crisis. Although in most of these cases legitimate wrongs were being acknowledged, framing its collective narrative in this way enabled the community to avoid looking honestly at systemic social problems that were ultimately the cause of the city’s post-Katrina meltdown. Such evasive explanations of crisis are likely common in communities recovering from disaster since the energy and optimism to rebuild are so often dependent on a love of place.

The creation of this preferred Katrina narrative was done through the simple functioning of the free market. The public consumed stories about first responder misconduct, but did not show as much interest in stories related to the city’s entrenched class divisions and the mass incarceration of its black citizens. This motivated the for-profit media into presenting a narrative that the community was more comfortable with. That is one that blamed first responders, but did not delve deeply into decades of unaddressed social problems.

First responder misconduct was, of course, an appropriate topic for journalists, but the intensity of the media attention alienated many of the most important witnesses to the events. Many of the first responders that I interviewed said they were hesitant to speak to reporters because they were afraid of how their stories might be spun. They were aware that they had been part of critical event in our city’s history and most of them wanted their experience and perspective to be a part of the historical record.

Oral history provided them this opportunity.

I was a bit apprehensive about conducting interviews with correctional officers. I braced for rather awkward conversations with hardened prison guards intent on evading questions or manipulating the interviews for their own ends. What I encountered was much different. On the whole they were proud of their response to Katrina and at the same time -- and to my surprise -- corroborated most of the allegations made by the media. When asked about the treatment of prisoners during the evacuation, interviewees in a very matter of fact way admitted to the use of chemical agents, beanbag guns, and attack dogs to maintain control. One guard even brought his dog which had been with him during the crisis to the interview so that I could meet him. Although most interviewees expressed sympathy for the prisoners, they emphasized how fragile their control of the situation was and noted the necessity of increased force.

The use of chemical agents and attack dogs were noted in a number of media treatments of the evacuation and in a scathing report issued by the ACLU. The use of these techniques occurred primarily on the highway overpass where inmates were staged while waiting for buses. In many instances the inmates sat on the overpass for over 24 hours and were understandably restless and angry. According to interviewees the inmates tried several times to overwhelm the limited number of guards on the overpass leading to the use of chemical agents.

Central to the narratives of these guards were not necessarily the conflicts they had with the prisoners but rather encounters with civilians who had also sought refuge on the overpass. The guards noted an almost constant verbal assault by civilians and many recalled objects such and shoes being thrown at them. One guard even reported being charged by a man wielding a hatchet. The guards felt that much of the civilian resentment stemmed from the fact that inmates were being evacuated while nothing was being done for them.

Conflicts with civilians, however, were major themes in my interviews with first responders from other agencies working in other parts of the city. I think that the stress of the storm and the flooding triggered a pent-up frustration in many stranded New Orleanians and uniformed first responders became representative of a community that had failed them. These conflicts with civilians certainly added to the stress of the environment and may have led to increased hostility towards the inmates.

Some of the most potent images described by interviewees were the sight of dead bodies near the evacuation area. Two of the bodies had been shot in the head and the other, according to civilian witnesses, had been thrown off the overpass. Talking about these bodies triggered strong emotional responses in interviewees. The fact that proper respect could not be shown to the bodies and that justice could not be sought on behalf of the victims really seemed to haunt them.

Bodies of individuals who died violently following Katrina were found throughout New Orleans and interviews with first responders from other agencies tend to reflect the same emotional responses. As part of our project we collected cell phone camera images taken by the first responders. It was common for first responders to take pictures of the bodies they encountered. I think it was a way for them to pay respect to the victim and to perhaps provide some evidence if a crime was ever investigated. The circumstances of only a few of these deaths were.

First responders, whether they are soldiers, police officers, peacekeepers, or in this case correctional workers are often at the center of crisis. They are important witnesses, but they are also frequently vilified in the media explanations of such events, often rightfully so. But at other times, they are forced to bear the responsibility for events when people avoid looking honestly at the systemic problems in their community that brought about crisis.

Using oral history to unlock the perspective of first responders, particularly when they are blamed in the community’s explanation of events, humanizes them in a way that makes superficial explanations more difficult to accept. The perspectives offered to the community by the work of oral historians can lead to the development of explanations that acknowledge longstanding social problems and not only help communities move beyond crisis, but to move beyond it in ways that make the community stronger and more resilient.